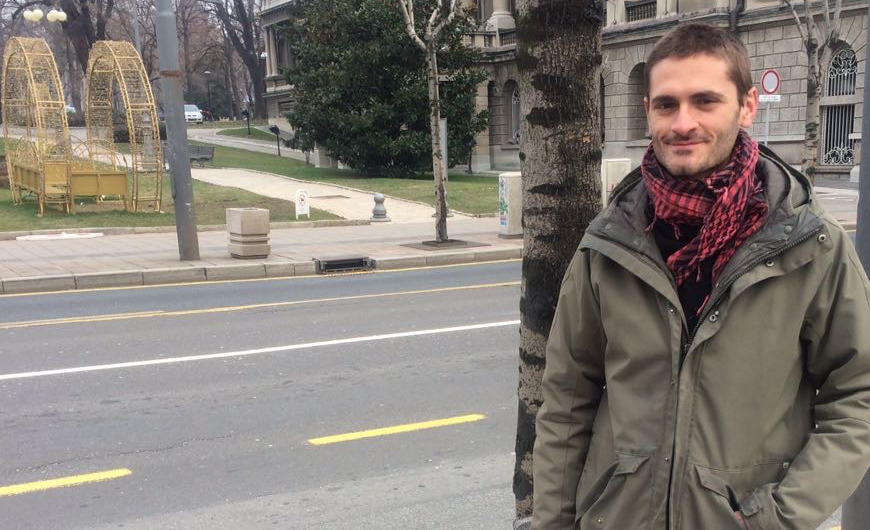 We organized a quick Q&A with Davide from Rome, currently residing in Berlin, visual artist and tour guide who was in Belgrade for a short visit.

Q: What did you expect to find here?
Davide: I kind of expected that this idea that Belgrade was "The New Berlin" was a bit exaggerated. I was actually expecting to find a thriving, somehow upcoming place. 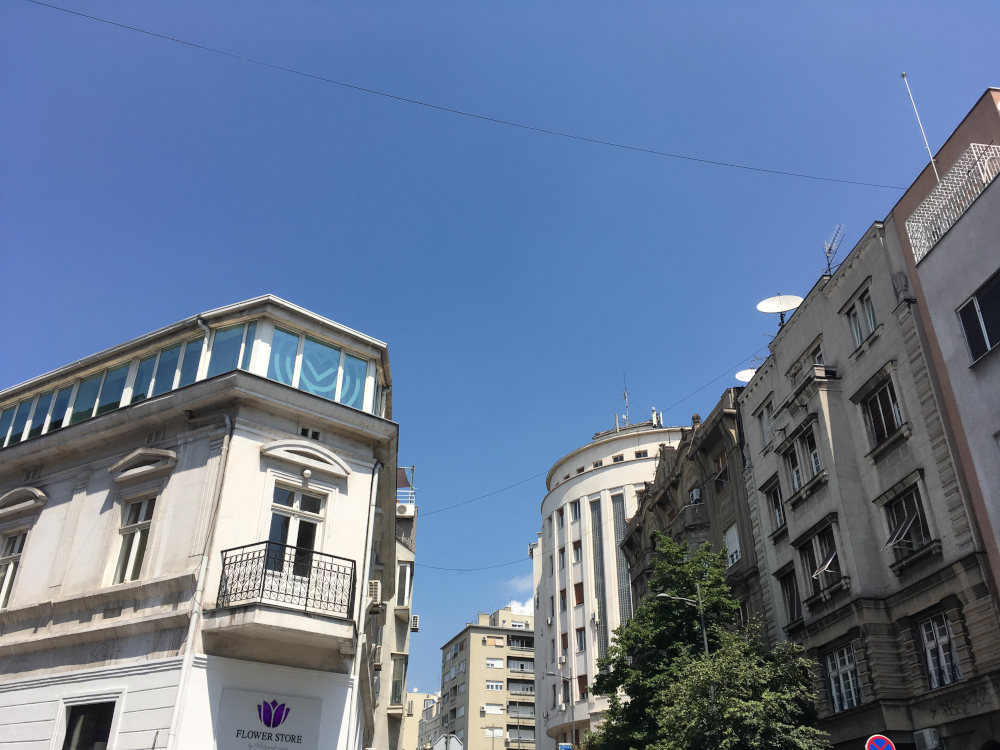 A view on buildings in Carice Milice st.

Q: Describe Belgrade in one emotion (describe the emotion, if Belgrade was a feeling, what it would be?).
Davide: Belgrade is relaxing and easy going.

Q: What you dislike about Belgrade?
Davide: I think that a dislike is too strong word. I didn’t find any museums that I like too much. There could have been better museums. I heard that locals complain about the lack of the metro, which is for sure something bad but at the same time the public transport, the buses and trams work well. I understand why they say that, but at the same time Rome is harder than Belgrade.

Q: Compare Belgrade to your native city. What are the advantages/disadvantages?
Davide: Rome is less functional than Belgrade, even though we have two metro lines, but it’s spread out. As a modern city it's worse than Belgrade for sure. I have no doubt about it. Rome is also a city that doesn't think about its future. It’s a city that just lives on. There is no fresh air in Rome. It’s a city that looks more and more depressing to me, even though it would have everything but well... And if I compare it to Berlin which is not my native city, well in Berlin there are many more things going on for sure, perhaps too many.

Q: Could you live in Belgrade?
Davide: Yes, I think I definitely could live here. I don't see why I wouldn't.

Q: Name one city anywhere in the world you think is similar to Belgrade (no matter if you have visited it or not, give us your impression).
Davide: I don't think we can say that Belgrade is the "New Berlin”, though there is something similar to it. Probably we can compare it to other cities that claim to be the “New Berlin”, such as Lisbon. Lisbon could be a parallel because it’s not a city that is a big financial centre, it’s not a very wealthy place. So yes, probably something in between Lisbon and Berlin.

Q: What was your most memorable moment in Belgrade?
Davide: I took this free tour of Belgrade and they took us to the bombed television headquarters. Also, the other time when I was in Bosnia seeing the bullet holes was something that was happening while I was a kid. For me, it was something that I remember happening. I was born in 1987, so I was 12. The NATO bombing was something my country is directly responsible for. In that moment, someone said that there was actually no need to bomb this very building and kill these people. In that case I really had an emotional reaction.

Q: Would you return to Belgrade (express that probability on a scale from 1 to 10).
Davide: Yes, I think I will. It could also happen this summer. I might do another Balkan tour in the southern parts, like Montenegro, who knows, perhaps Albania, Kosovo. In that case, I could also come back to Belgrade. I think I will return. Nothing is for sure in life so I would say 9.