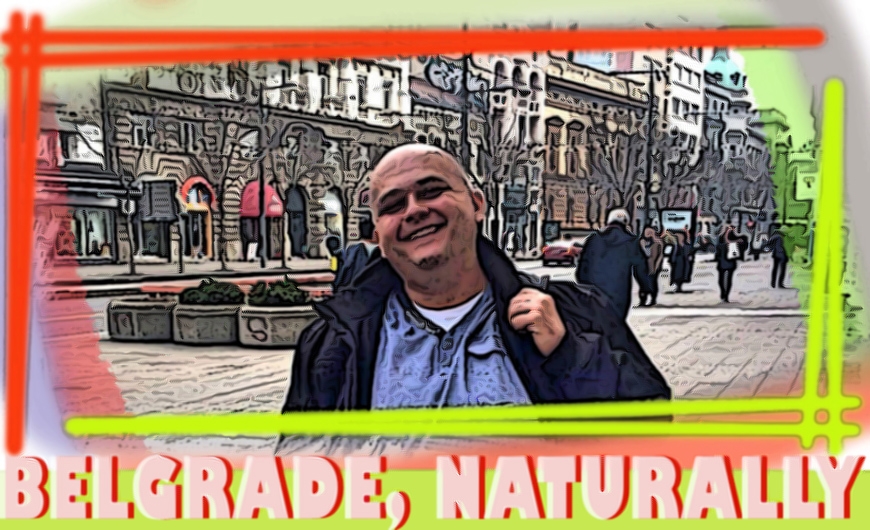 We organized a quick Q&A with György, Hungarian from Budapest living in Prague (Czech Republic), a tour leader and tour guide by profession. He chose to spend the holidays in Belgrade. Let's find out why.

Q: Did you know something about Belgrade before you came here?
A: Yes, I knew a lot about Belgrade. I grew up in the southern part of Hungary, and in my youth, I was born in 1970 during the socialist era, on Hungarian TV there was nothing special, so everybody was watching Yugoslav television. In fact, that was the reason why I learned English and German easier than others, because fortunately the Yugoslav TV subtitled the movies, so I was able to hear the original sound. From the news and other TV programs I picked up a lot of Serbian language.

Q: What did you expect to find here?
A: Actually, I didn't have expectations. I knew roughly what Serbia and former Yugoslavia were like. I like this very nice mixture of European culture, Balkan culture and the Ottoman influence. I had a feeling that Belgrade is much more natural than many of the European cities, that maybe globalization didn't touch Serbia as much as others. 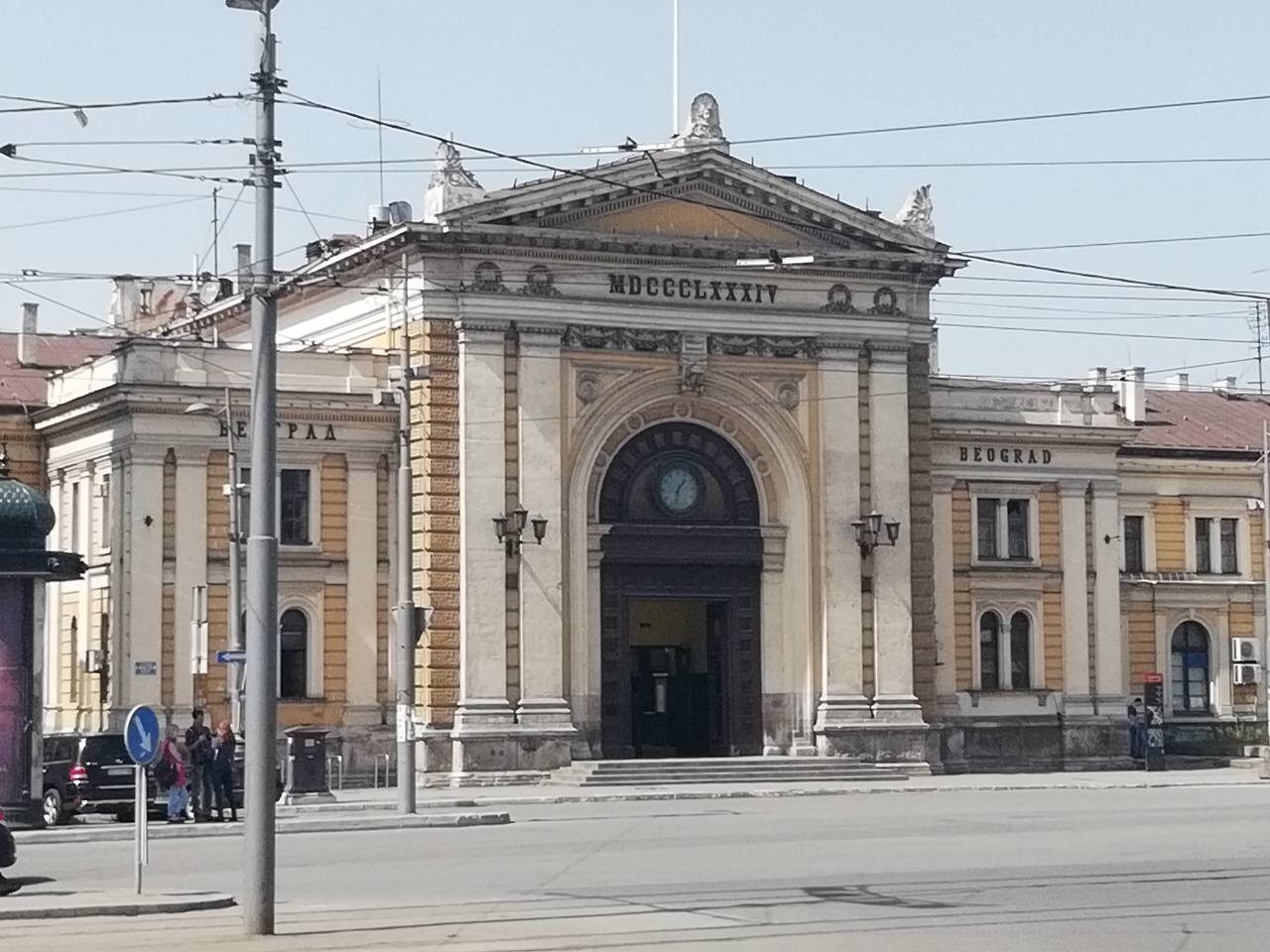 Q: What is the first thing you've noticed in Belgrade?
A: Well, the first thing was of course the railway station, which I knew very well because in 1993 I traveled with a friend by train from Szeged to Skopje, Macedonia. And when we were coming back, we didn't catch the train in Belgrade, so we spent the night at the station, in the winter, during war time, at night, and it was pretty much different than nowadays. It is less crowded than it used to be, plus there is heating now.

Q: Describe Belgrade in one emotion (describe the emotion, if Belgrade was a feeling, what it would be?).
A: Warm and exotic.

Q: What you dislike about Belgrade?
A: Actually, it's getting around the city by tram. It is not so efficient and it could be better. I spent almost whole my life in buses, working as a tour guide, so I try to avoid them and go by tram whenever possible. But here you have to be very flexible if you want to use this mean of transportation in the city. 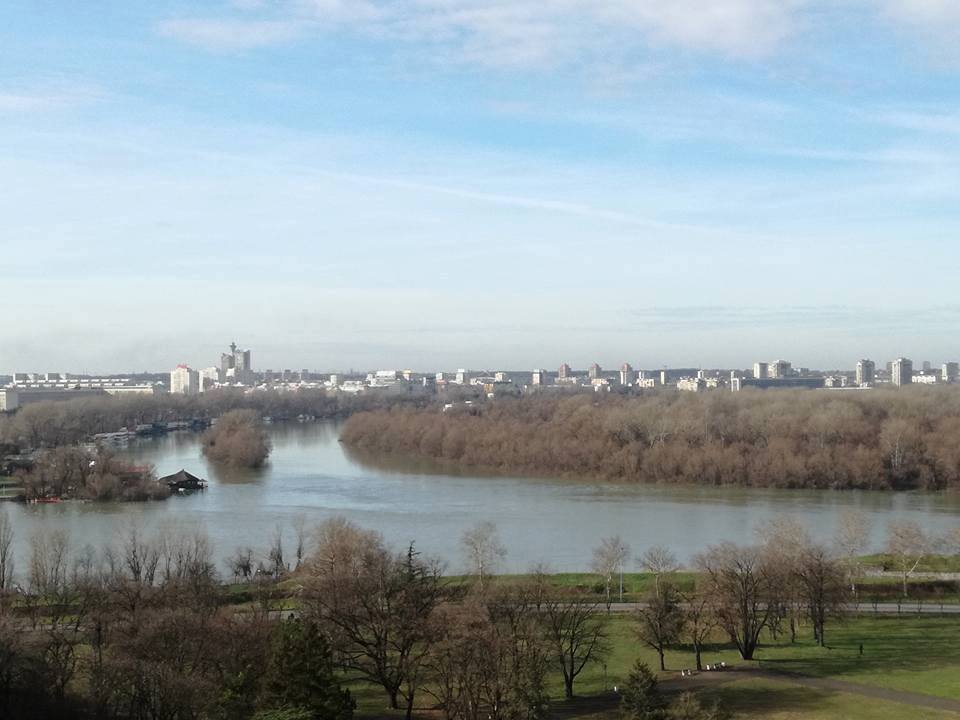 Q: Compare Belgrade to your native city. What are the advantages/disadvantages?
A: In comparison to Prague or Budapest, Belgrade is more natural, it didn't change that much on a superficial level as other major cities. As for the disadvantages, I couldn't mention any, other than public transportation.

Q: What do you think about people in Belgrade?
A: They are friendly. And that was a surprise for me, because I remember when I was here in 1993, and it changed a lot. Or let's put it this way, the mentality of the people you meet in public has changed. However, if you go to national institutions, for example the railway station which is run by the State, they are less friendly. But people in the streets and in the services are much more friendly than they used to be, and they are much friendlier than in Budapest, for example.

Q: Could you live in Belgrade?
A: I thing I could live everywhere my human rights are respected.

Q: Name one city anywhere in the world you think is similar to Belgrade (no matter if you have visited it or not, give us your impression).
A: Judging by the spirit and the style of the city it looks to me as the Mediterranean version of Ljubljana, and by the general atmosphere it is similar to Tbilisi, in Georgia. I've just been to Tbilisi, so it is fresh in my memory. Like Serbia is a former Yugoslav republic, Georgia is a former Soviet republic. And I like in both that you feel the heritage of the past, positive and negative at the same time, and then there is the fact that they are growing into modern cities, free and open-minded. Both cities are blossoming.

Q: What was your most memorable moment in Belgrade?
A: Usually, it is when I meet people. That is the best feeling for me, not just sightseeing. You feel much closer to the city and the country interacting with people.

Q: Would you return to Belgrade (express that probability on a scale from 1 to 10).
A: Not "would", I will, it is in my plans. Fortunately, it is not so far away. You can fly from Prague. Also you can reach it by train from Budapest, but for now it is too long, some ten hours, however I heard that Serbia and Hungary agreed to make a fast railway line in the near future. But there are also buses. So, for me it's 10. 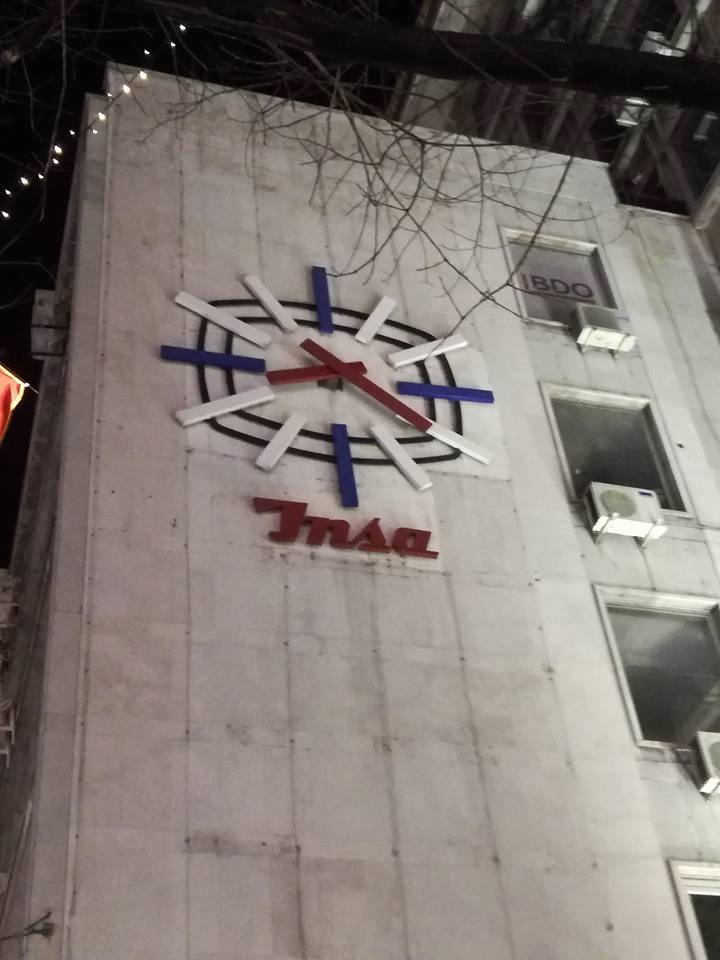 Q: What is the most interesting building you saw in Belgrade?
A: I love social realism, so it is definitely that building in Knez Mihailova street, with large Insa clock on it.