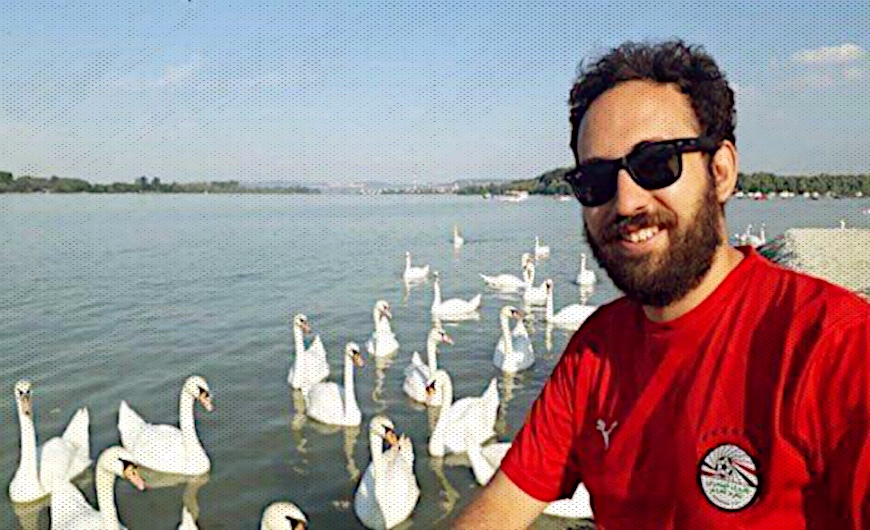 We've talked to Nicolás, from Chile. He told us about his impressions on Belgrade.

Nicolás: I really didn't know much about the city. I have a very good friend in Belgrade, she is Maria José, and her boyfriend is Marko, a Serbian guy that I met in Santiago de Chile two years ago. We spoke a lot about our countries. I was in Athens for a month, prior to my arrival to Serbia's capital. Then, I originally planned to stay for two weeks in Belgrade, but at the end I stayed five.

Nicolás: I came here to visit a friend, that I mentioned in the previous answer. She's living in Belgrade for 6 months now. And then, I used this time to finish my master's thesis that I needed to present at the University of Barcelona. It's about the world heritage and culture. I managed to do it, and I am really happy about that. So, these were my expectations, and I know that they had nothing to do with the city itself, in a conventional sense.

Nicolás: The first thing I noticed was "burek", a kind of typical pastry around here, and it was excellent. Then, I was delighted with "kafana" in Zemun. It was a really special place, with live traditional music, and there I learned much about the culture, too.

Nicolás: I can describe Belgrade in color. I think it's green, because I saw a lot of green spaces from the plane when I flew in. Before, I was in Egypt, Morocco, Tunisia, and Greece, and it was very special for me to see green areas near the airport. I think you have a very beautiful city, with Kalemegdan, and other green spots, like in New Belgrade and so on. So, green is the word.

Nicolás: I dislike that "kafana" (Serbia's traditional restaurant) that I visited worked only on Fridays and Saturdays. I'd really like to visit more of them.

Nicolás: In comparison to my native city of Santiago de Chile, I think the main difference is the attitude to life. In my country people are living really fast, and people in Belgrade are living calmly. It is a good way to live life. Also, I think that public transportation is good here, and the city is very friendly. It is not a huge city and you can move fast with public transportation, with air conditioned vehicles, which is very good. 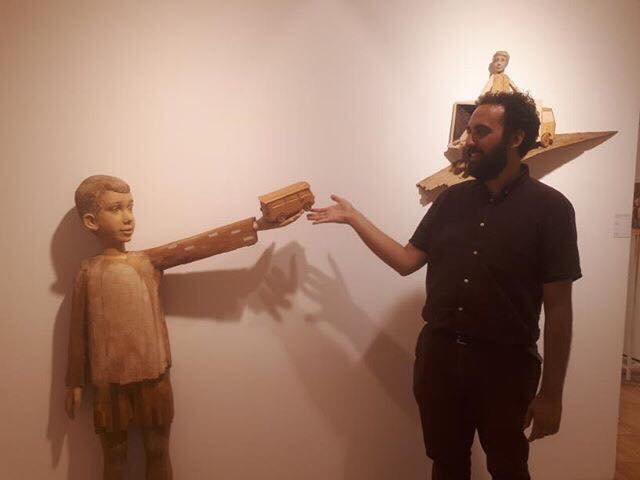 Nicolás: The people of Belgrade were very friendly to me. But I have to give special thanks to the people of Stalać, the native town of my friend Marko. He took me there and it was really incredible. I would recommend Stalać to everybody. It was such a nice experience for me.

Nicolás: I would like to live for a year in Belgrade. I thought about it, so if anyone has work for me, I would gladly stay. The city is very nice, very friendly, and I think it is a good place for living.

Nicolás: I was living in Barcelona for 4 months this year, and I think it is a very special city, like Belgrade. I think they have similarities, like green spaces, parks, quality of transportation, and also in the architectural sense I see the resemblence. But Belgrade is much smaller, and without the sea. But, with the Danube, which is a very nice river.

Nicolás: I have many of those, but I chose the crypt of St. Sava's Church, a place where you can see and feel the orthodox heart. Then, I must stress once again "kafanas" at night.

Nicolás: Naturally, 10! And I would be very happy, too. I will always remember the time I spent in Belgrade, in the museums, learning about the culture, seeing everybody drinking yoghurt in the morning, and eating "burek", of course!