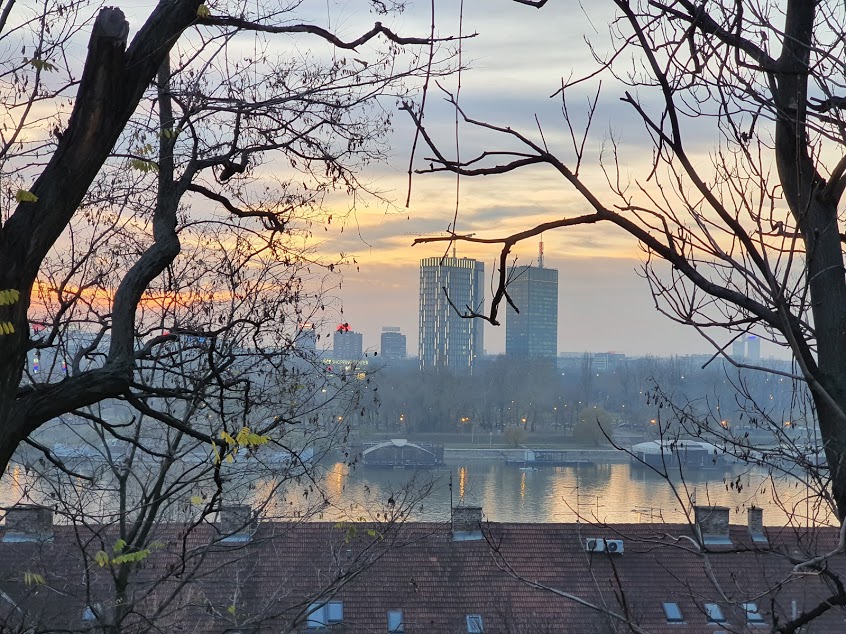 You are coming to Belgrade and you know very little about the city. When you are planning your trip, you always ask or try to find out the same set of things about the city and the country you are visiting. We summed it up for you, so you could operate and be at ease on a daily basis during your stay in Belgrade.

ORIGIN OF THE NAME & POPULATION

Belgrade is adapted, international name of the original Serbian "Beograd", which literally means White (=Beo) City (=Grad). It is pronounced like this. In the late 9th century we have first written proofs of the Slavic name "Beograd", probably due to the white color of the walls that surrounded the city. The Romans called it "Singidunum".

Belgrade is the capital of the Republic of Serbia, and it is located on the Balkan peninsula, at the confluence of the river Sava into the river Danube.

Belgrade has the population of 1.5 million, and approx. 2 million people live in the urban area of the city. Serbia's population is approx. 7 million. So, as you can see, almost 1/3 of the country lives in or around Belgrade.

AREAS OF BELGRADE & THINGS TO SEE

Belgrade is divided into 17 municipal districts. Central districts are:

Stari Grad (Old Town) - with the majority of city's landmarks such as the Belgrade Fortress, the National Museum, the City Hall, the National Assembly of Serbia, Knez Mihailova street, building of the Patriarchate and the Cathedral Church of St. Michael, Dorćol historical district, Skadarlija bohemian district and so on.

Vračar - where Nikola Tesla Museum and the magnificent St. Sava's Church are located.

Sightseeing tours are an absolute must, both by bus and by boat.

Temperature in Belgrade is moderate. The climate is continental, so in Belgrade there are 4 seasons during the year, namely winter, spring, summer, and autumn. In winter it could get to -20°C (-4°F), during the summer it can go up to +40°C (104°F). But these are extremes. For example, the coldest day in Belgrade was recorded a long time ago, in January, with the temperature of -26°C (-15°F). The more recent cold wave happened in 2017, also in January, when it was measured -15°C (5°F). In July, 2007, the center of Belgrade was at + 43°C (110°F), which is the highest recorded temperature in the city. But the actual feeling may very well differ from the official temperature. Belgrade normally has very high humidity, so with 80-90% on a summer day at +30°C (86°F) it easily feels like +40°C (104°F). In summer, you'll constantly get the sensation that it is much hotter in Belgrade, than the actual temperature shows. On the other hand, in autumn and in winter, a cold wind called "Košava" knows to put chills in your bones. Košava is characteristic for Hungary, Romania, and Serbia, as it is the wind that is forming in Ukraine, at Karpaty mountain, and blows towards Balkan peninsula. It can be very fast, over 50km/h (30mph), and it makes cold days much colder. So, in winter, at 0°C (32°F) with Košava blowing it feels like -10° (14°F) or even -15°C (5°F). It is believed that Košava blows 3 days, 7 days or 21 days, meaning that if it doesn't stop after 3 days it will surely go on for the next 4 days, and if it doesn't stop then, it will blow for two weeks more.

In general, snow can be found in Belgrade from November thru February, but in recent years there are not so many snowy days, just 10 or 15 for the whole season. Read more in a separate article called "Belgrade, Winter Edition 2018/19".

When it comes to rain, actually in spring and summer it is the most probable time for this to happen, especially in May and June. But in general, you don't need much umbrella.

Official currency in Serbia is Serbian Dinar (RSD). The payments in Euro are not allowed by law, so you should go to the exchange office and change your money. Approx. with 1 Euro you can buy 117 or 118 RSD.

The official language in the Republic of Serbia is Serbian. The official alphabet is Serbian Cyrilic, but there is also a widely used Latin version which is much more understandable to English speaking community. Find out more about Serbian language here.

According to the 2019 English Proficiency Index Serbia is ranked 17 in the world by English skills, which is qualified as "high". So, rest assured, you won't be having any troubles communicating with locals in Belgrade.

Belgrade has only one airport and that's Nikola Tesla Airport. It is connected with the city directly by highway, and it is located 20 km from the center. Normally, you can reach it by car in 20-30 minutes, depending on the traffic. If you take a minibus, line A1 from Slavija square, you will get to the airport in about 30 minutes and the fare is 300 RSD (cca. 2,5 €). You can also use public transportation bus no. 72, from Zeleni Venac, and it would take about 40 minutes to get the airport. In this case, you will pay regular bus fare buying BUS PLUS ticket at the kiosk (see Getting around the city) or you can pay 150 RSD directly in the Bus. These means of transport you can also use from the airport to get to the city. If you grab a taxi (regular one) immediately at the international exit at the airport, it shouldn't cost you more than 2000 RSD (cca. 17 €) to get to the city center (and vice-versa).

If you want to take Rent-a-Car at the airport, then you can have an Opel Corsa, Renault Clio, or VW Golf type of car for 40-60 € per day.

When the new fast railroad line is established, in a couple of years time, the train will operate between Belgrade and Budapest in less than 3 hours, so keep that in mind.

Tap water is fine and it is perfectly drinkable. But of course, when traveling, it is advised always to use bottled water, so that is up to you in the end.

You can smoke inside the majority of coffee shops, bars and restaurants in Belgrade. Usually, there are smoking and non-smoking areas.

Entrance to Serbian-Orthodox Churches is free.

Mostly, shopping malls are open from 10 am to 10 pm. There are supermarkets in the center that work non-stop (00-24), but the majority of shops, libraries and groceries in the center of the city are open until 9 pm on a working days.

Nice four-star hotel in the center can be found at the price range from 50 Euros to 80 Euros (standard double room with breakfast).