Belgrade is gloomy and inexplicably beautiful 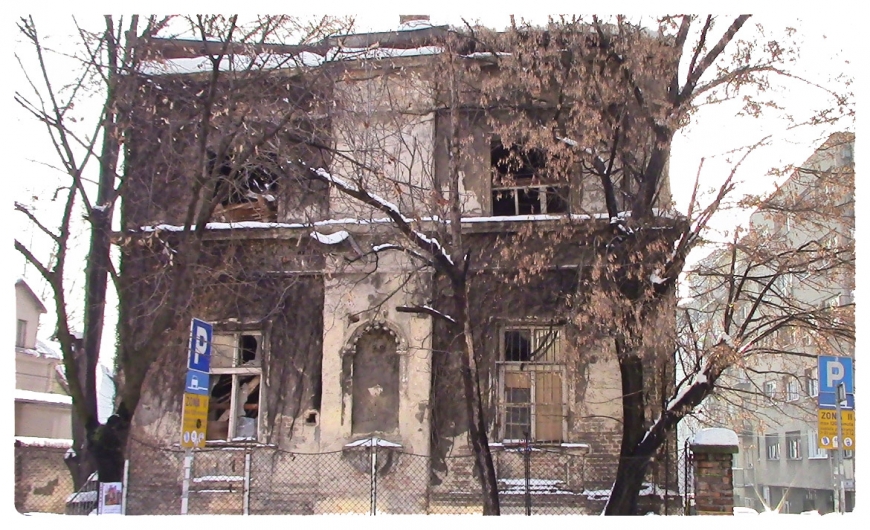 Like the house on the photo - aged, tormented, gloomy, and worn out, barely standing, cold, scary, and mysterious, but once beautiful and now charming to the inexplicability, Belgrade is the city that has to be understood beyond a simple look.

If you looked at Belgrade's panorama, you wouldn't be impressed. You may even be disappointed. It may seem to you gloomy, because of all those gray buildings. It may appear aged and worn out because the facades are falling off the buildings, even in the narrow center of the city, so you often need to cross the street in order to avoid it collapsing on your head. Belgrade can be considered as scary, because of all those wars that were shaking the whole region for more than a decade. Belgrade may appear mysterious, because you may not know what to expect here. And Belgrade is so charming that you wouldn't want to change a single thing. Like the poor house at Krunska street. It takes time to appreciate its beauty beyond the obvious. And that's precisely what Belgrade is - beyond the obvious!

Modern times can wait. Or, be taken elswhere, there is certanly enough space for everything these days. Some minor adjustments are certanly ok to be made, like taking out the garbage from the old house. I wouldn't like to step on the trash inside, like people observe to be the case in some Belgrade streets. The interiors need to be taken care of, but preserving its own identity. As well as the facade, on the old house, and the old houses all around. But we wouldn't want to scare the memories. They need to be embedded in every single piece of the house, of Belgrade. And then leave it alone, just like that. It'll grow like a flower, and shine in a dimmed light of centuries.