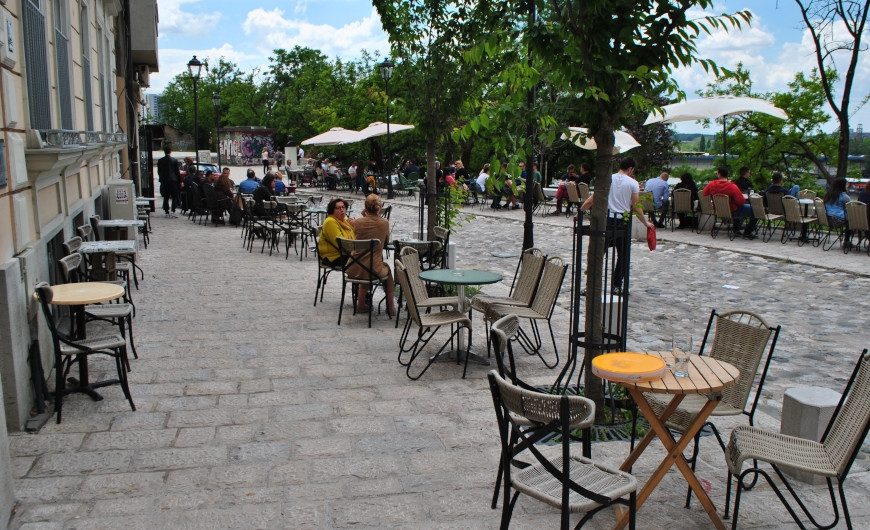 Recognizable by cobblestone streets and charming vintage atmosphere, this is maybe the nicest neighborghood in the city. It was named after Serbian hero Ivan Kosančić who died during the Battle of Kosovo in 1389.

Very peaceful, it brings out memories of an old Belgrade, even though you don't remember it or you are here for the very first time.

One of the symbols of this district is a house, built in a manner of secession, that belonged to Serbia's famous and beloved character - Mihailo Petrović aka "Alas" (eng. "fisherman"), mathematician, inventor and professor at Belgrade Univeristy. His love for fishing was widely known, even though he didn't know how to swim so many times (someone counted 11) he was drowning down in the rivers Sava and Danube, barely escaping with his life. Very talented academic and insightful scientist, his monument is placed in front of the house, right across the street.

Historically, this is the part of town where Serbs lived throughout the centuries. 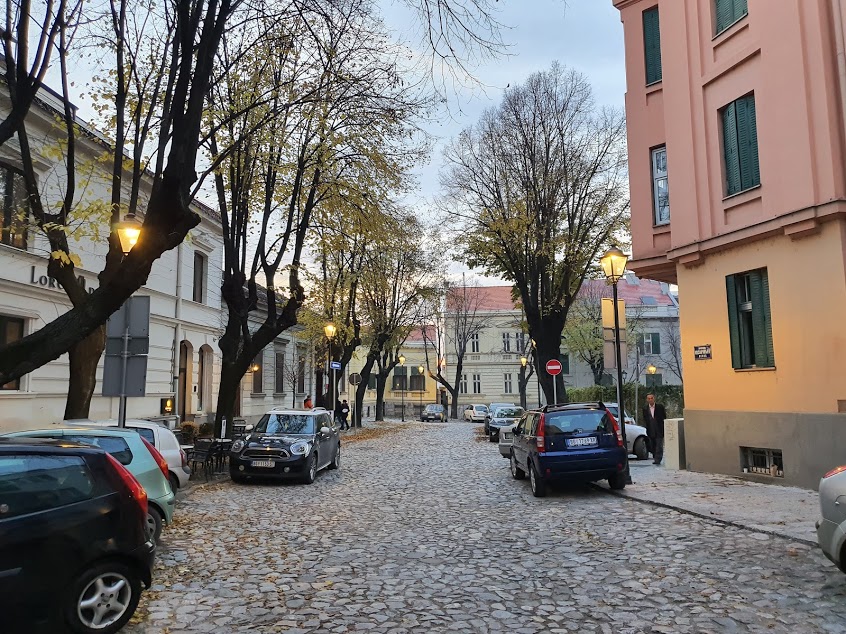 It was a place with lots of taverns, and even nowadays that bohemian lookalike atmosphere remained in the air. You can enjoy a nice cup of coffee in an inspirational surroundings, looking down on the river, and chatting with your friends. 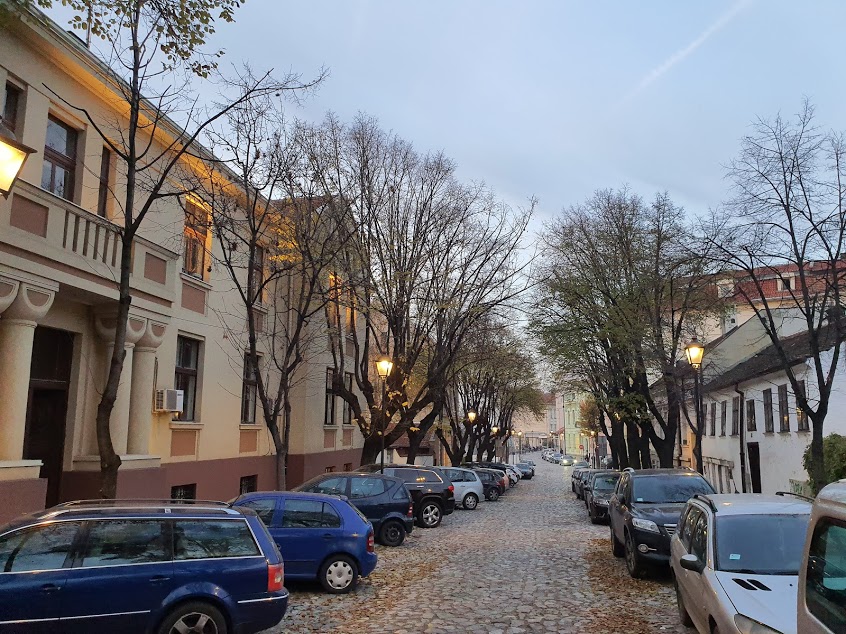 In Kosančićev Venac you can find several art galleries, and this was also the place where one of the best Serbian movies was filmed - "Maratonci trče počasni krug" (eng. "The Marathon Family"). 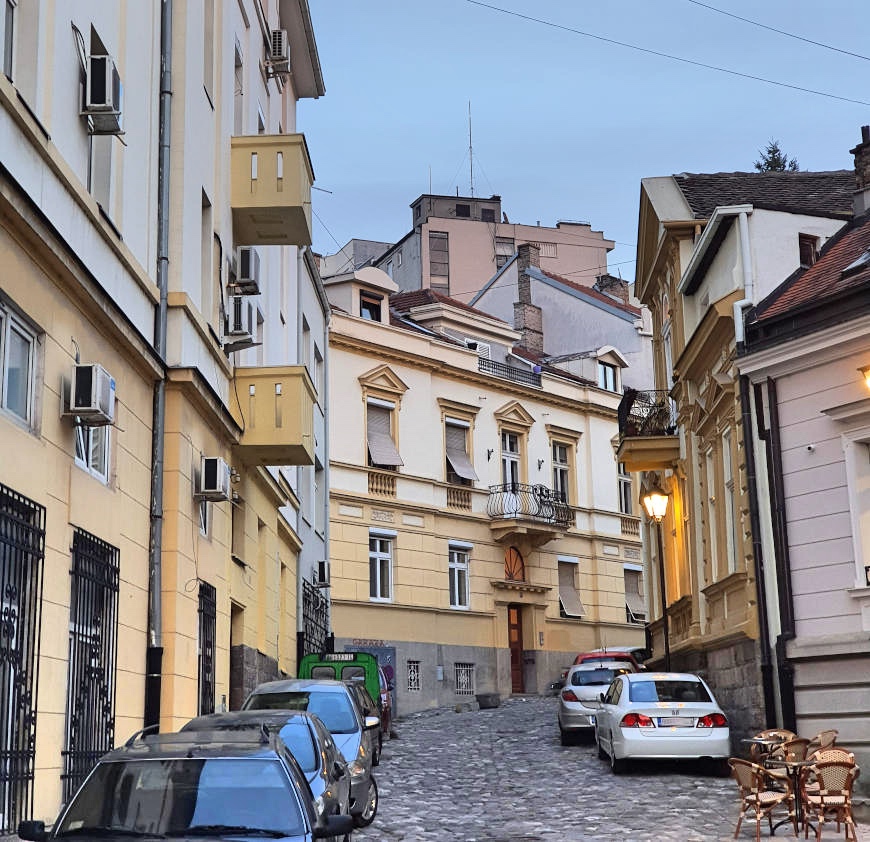 Surrounded by a beautiful Krsmanović house (now Austrian Embassy), then the building of the Patriarchate, Cathedral Church of St. Michael, and Princess Ljubica Residence, this is a place of the utmost cultural importance and heritage. 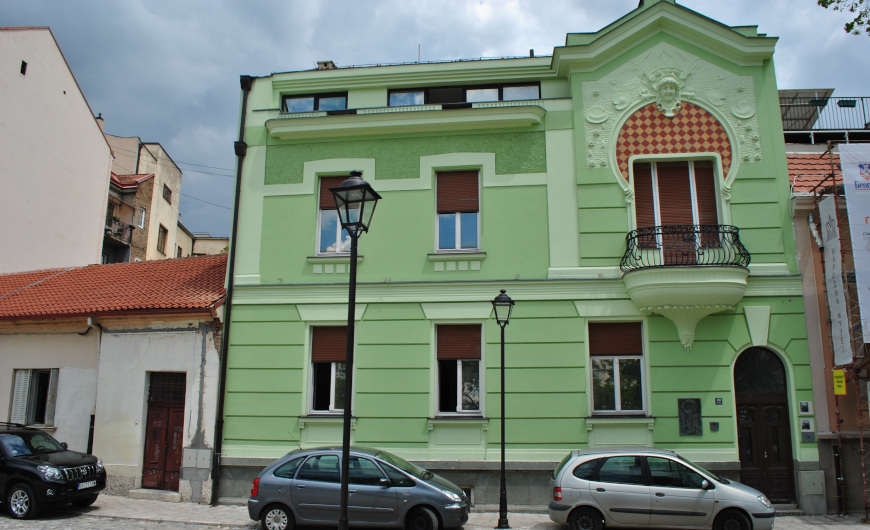 House of Serbian famous and beloved character, a mathematician Mihailo Petrović aka "Alas" (eng. "fisherman") is located in the bohemian district of Kosančićev Venac. It was built in 1910, in the architectural spirit of Secession.

Mika Alas House is protected as a monument of high cultural importance. In front of the house, across the cobblestone street, there is a monument to this great Serbian mathematician and inventor. He was very fond of fishing, but curiously, he never learned to swim so he was drowning 11 times in rivers Sava and Danube. 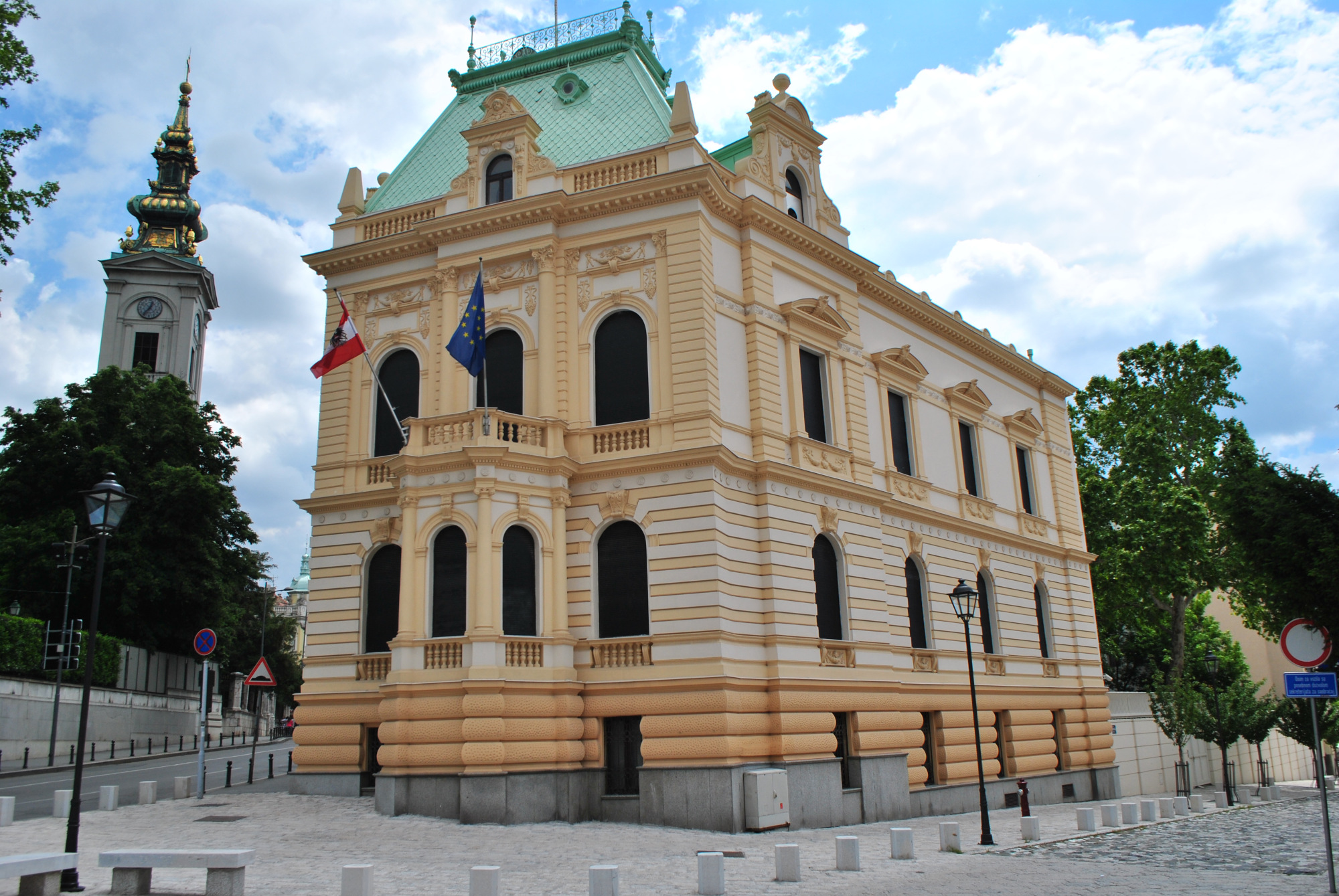 This excitingly beautiful building errected in the style of Academism by Krsmanović family of merchants in 1899, in one of the prettiest neighborhoods in the city, as of 1955 belongs to the Embassy of Austria.

Dimitrije Krsmanović was well known merchant and benefactor in 19th century Belgrade. It is truly worthwile visiting this neighborhood as it is a place of big historical importance. It is located beneath Belgrade Fortress and borders with Savamala historical district where predominantly Serbian population lived throughout centuries. Krsmanović family house is errected on the entrance to Kosančićev Venac bohemian district, it is right beside the building of the Patriarchate and across the Cathedral Church of St. Michael. This building is one of the most important architectural pieces from 19th century Belgrade. Now, it houses the Austrian Embassy. 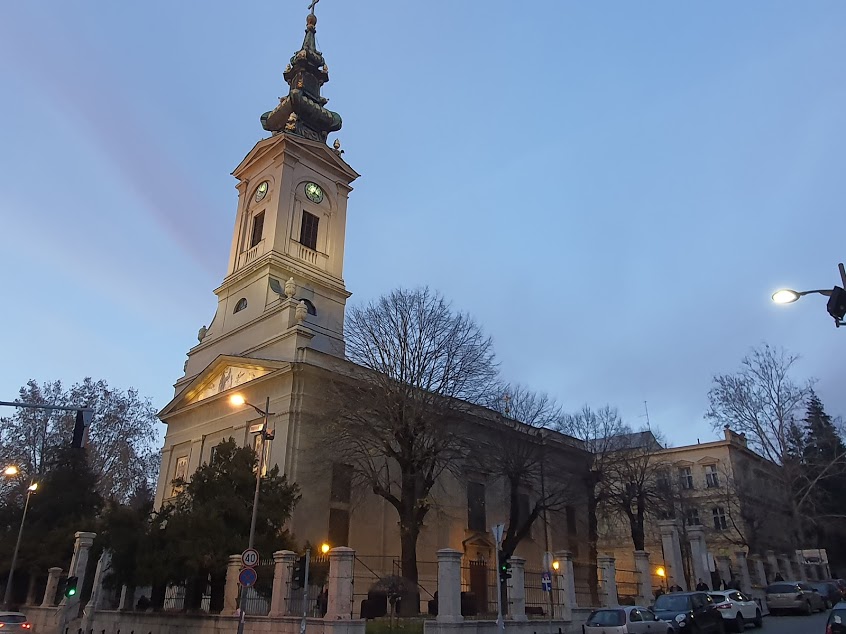 The Cathedral Church of St. Michael, in Serbian called "Saborna Crkva", was built in 1845, and it is facing the building of the Patriarchate, in the vicinity of Belgrade Fortress and Knez Mihailova street, in the very center of the city.

In the church portico, there are the thombs of Vuk Karadžić, considered as the father of Serbian language, and Dositej Obradović, reformist, enlightneer and the first Minister of Education in Serbia. 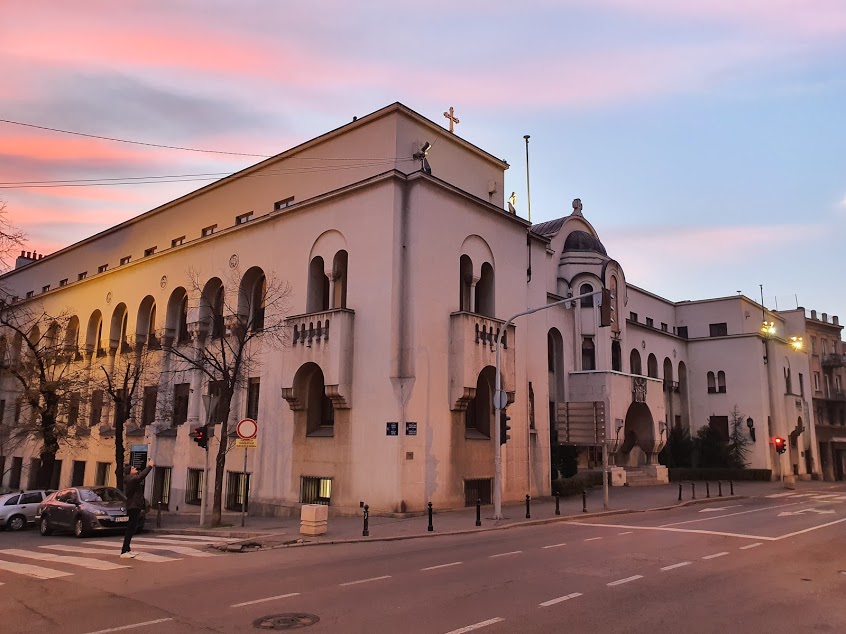 The building of the Serbian Patriarchate, which is the supreme body of the Serbian-Orthodox Curch, is a monumental structure positioned in possibly the most beautiful part of Belgrade, facing the Cathedral Church of St. Michael, in Kosančićev Venac neighborhood, close to Belgrade Fortress, next to Princess Ljubica Residence musem, and at the beginning of King Peter's street.

The building was completed in 1935, in the Serbo-Byzantine architectural fashion. It is important to stress the position of the building of the Patriarchate, which is located across the street from the Cathedral Church of St. Michael (ser. "Saborna Crkva"). 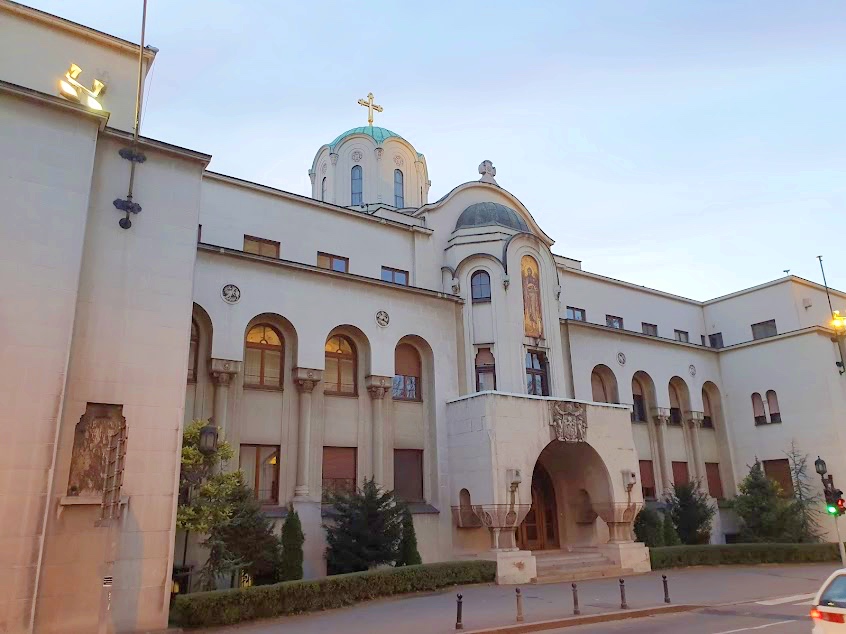 The Cathedral Church of St. Michael is the principal church of the Serbian Patriarchate, so this complex of two structures, positioned one against another, represents the heart of the Serbian-Orthodox spiritual guidance. 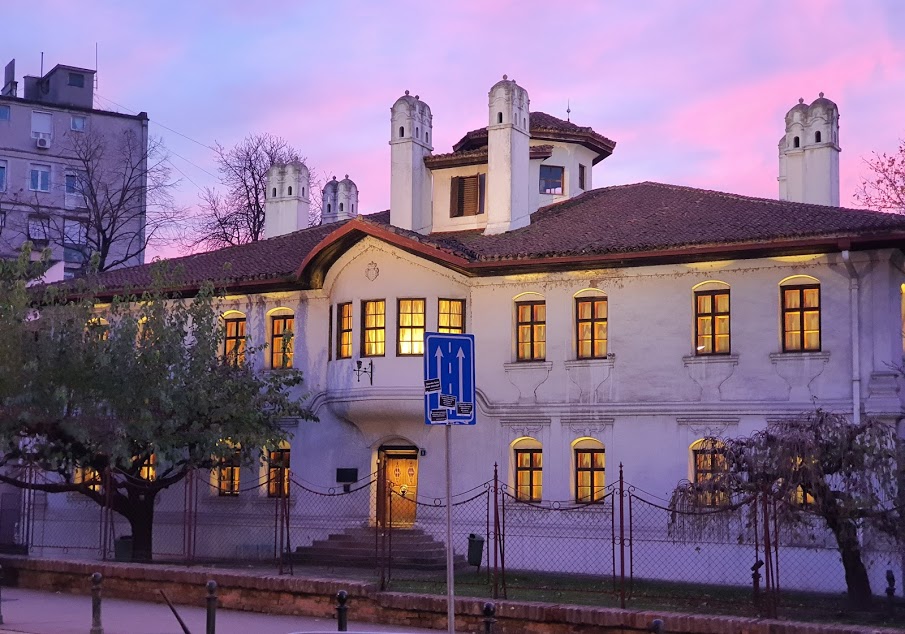 Konak Kneginje Ljubice (eng. "Princess Ljubica Residence") is a building of exceptional significance. Prince Miloš (ser. "Knez Miloš") built it for his family after proclamation of the Hatti-Sheriff in 1830, which granted Serbia's autonomy. It was designed in the fashion of Balkan profane architecture, which may be also called Oriental by some scholars. Princess Ljubica was Prince Miloš' wife, and after her the palace got its name.

Princess Ljubica Residence changed its purpose over the course of history, but nowadays it is a museum that gives you an insight to the interiors of 19th century houses in Belgrade.