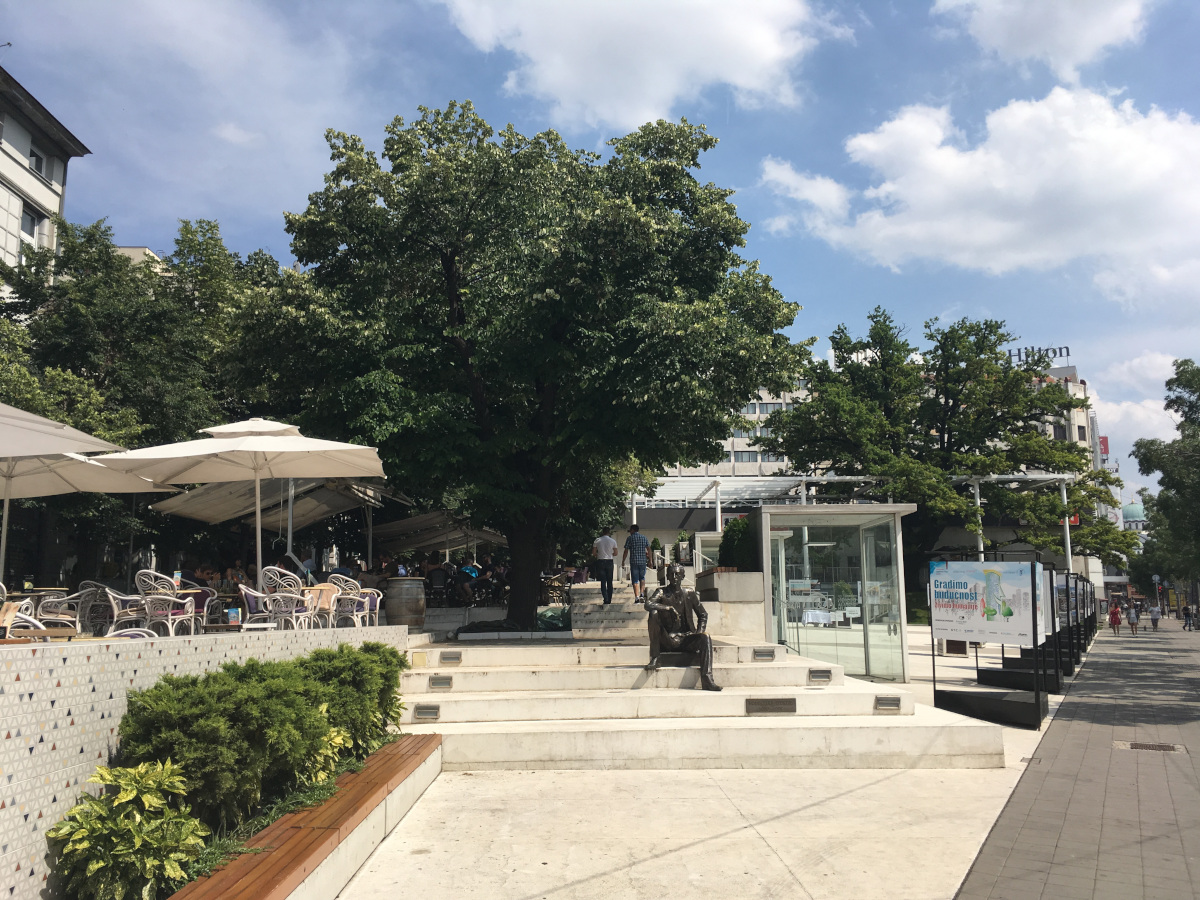 If only Arsenije Njegovan could wake up now and see you sitting on the stairs at Flower square, what would he whisper to you, Borislav? I cannot recall if some of the buildings around here were his. It was a long time ago I read your book. But never mind that. I advise all of you guys to read it, as Pekić's literary work is outstanding.

He was a thinker, first of all. Then, he was a thinker who could pour his thoughts into perfectly drinkable words. And that made him a great writer. Otherwise, what's the use of thoughts if you cannot convert them into words or if you shape them in a bad manner? Borislav Pekić could do both, and he did it in a stunning way.

His work is closely related to social issues, strongly influenced by criticism towards ideology and politics of the time. His story is seemingly innocent and humorous, and his words are appealing.

This book that I mentioned, or rather its main character, "Hodočašće Arsenija Njegovana" (literally in English "The Pilgrimage of Arsenije Njegovan"), got him "NIN Award" in 1970, the most prestigious literary award in Serbia and Yugoslavia. And after that he went to exile (in London). But even so, it is worth mentioning that his narration prevailed over the toughest scrutiny of the communist regime. Since his sentence is so real, and it flows naturally, that writing seems easy to everyone who reads it.

However, I wanted to bring up another topic. (dramatic pause)

Arsenije Njegovan expresses an unusual afection towards houses that are in his possession. He gives female names to these stone cold edifices. And the authorities took them away from him. But he isn't aware of that fact. He lives in two different worlds, one capithalist, before the World War II, and the other, socialist, after 1945. But he isn't aware of that either. He took a walk in 1968, intending to visit his beloved houses, when he stumbled upon students' demonstrations. To him it seemed like nothing changed from 1941, when he roamed the streets of Belgrade for the last time before he locked himself in the appartment at Kosančićev Venac for the next 27 years. Back then he was beaten at the protests against the pact with Nazi Germany. After all this time of voluntary segregation, his mind is playing tricks on him. He perceives reality in his own twisted way. Or, it is not so twisted?

Yes, in a way, this is a story of Belgrade, but not so much about Belgrade. This is a story about an era, placed in the context of urban life and history of Serbia's capital. So, was it really a good translation of a book title?