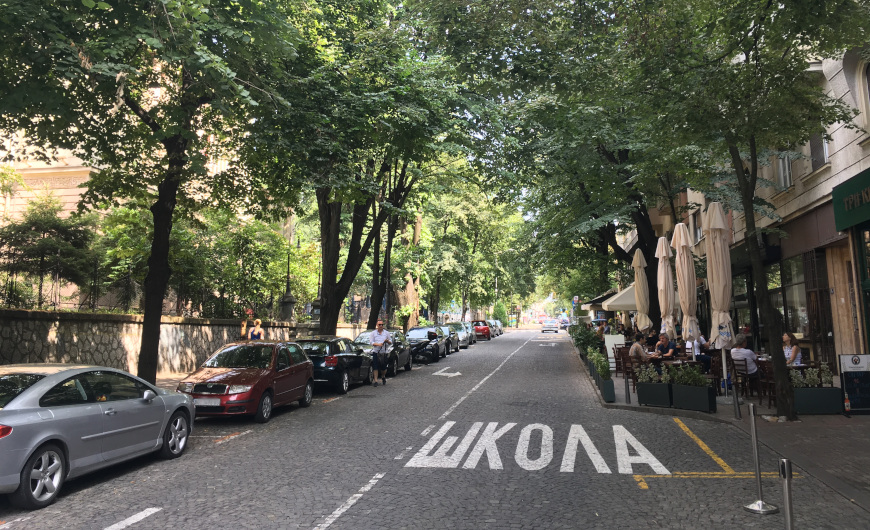 So you see these weird signs and you wonder what's that all about? That's Cyrilic script, you know. Similar to the one they use in Russia, or Bulgaria. But the good thing is that we also use Latin alphabet, so most of the time you can get an idea of what is written.

However, the public signs, property of State, are predominantly in Cyrilic. Like this one in Njegoševa street.

You cannot possibly grasp its meaning, let alone pronounce it. Of course, in case you are not talking language which uses Cyrilic script. And in Serbian you will often run into words lacking vowels on some of the usual places, like in a standard type of syllable formation (one consonant + one vowel), and having strings of consonants that may be difficult to pronounce for members of various language groups.

So, try pronouncing "grkljan" (eng. "larynx"). Or don't. It is much more important to pay attention to the sign on the photo above, because it is telling you that there is a school (ser. latin "škola" / ser. cyrilic "школа") nearby.