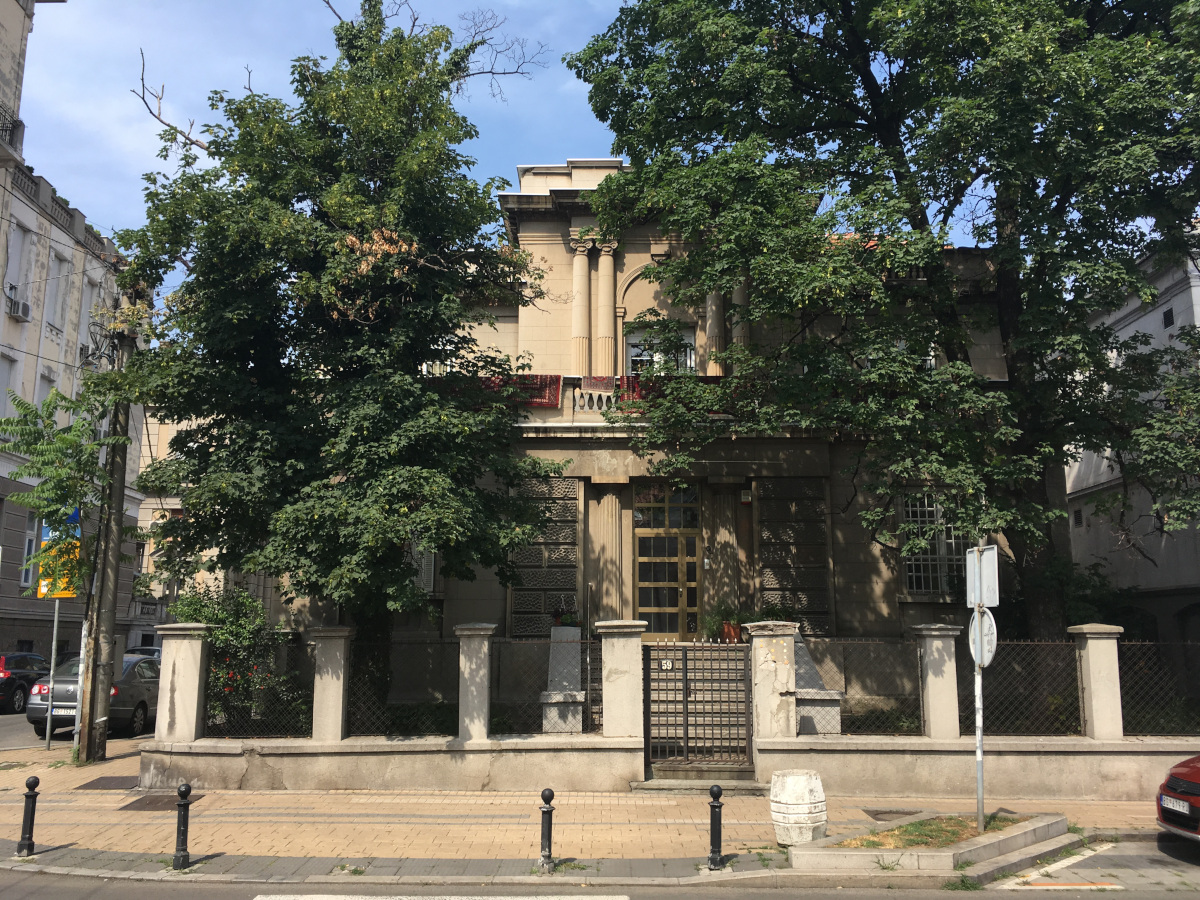 The trees don't appreciate art. In summer, at least. In autumn and winter they become architecture friendly. And over the course of time people made quite an effort to dazzle the public with facade decorations and all kinds of architectural features a house or building could have. In the end, hardly anyone pays attention.

In general, it is justifiable, because of the seasons. It is virtually impossible to appreciate art if it is visually obstructed. On the other hand, when it's cold and windy, we tend to look down and protect the eyes.

The solution, of course, is urban planning. Something that Belgrade could never accomplish. Great many destructions of the city prevented it. So often it was built and rebuilt randomly. Predominantly by wealthy people who wanted to show off. And there was hardly any constraints.

Then, there was the case of leading ideology in the second half of the 20th century preventing restauration to the previous condition, or rebuilding the city in the old fashion way. So, you get an overall sense of lack of order. Or eclecticism, to put it in nice words.

But that's part of Belgrade's charm... like all those hidden ornaments on the buildings. Invisible, but they are there, alright.