Kralja Petra st., the spirit of an old Belgrade 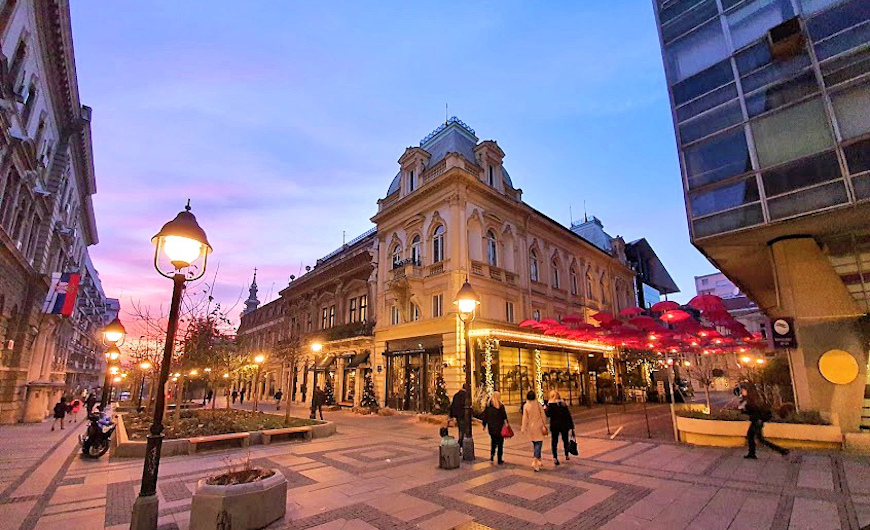 King Peter's street (ser. "Ulica Kralja Petra") is possibly the most beautiful street in Belgrade. It goes from Kosančićev Venac neighborhood (and the building of the Patriarchate, in the immediate vecinity of the Belgrade Fortress), crosses Knez Mihailova street, and continues further on all the way to Emperor Dušan street. It is very long and reasonably narrow street (stretches 1 km), and it is connecting two historical districts, Savamala and Dorćol.

It is named after King Peter, the most beloved Serbian king, also called "People's King", and the first king from Karadjordjević dynasty, crowned in 1903. Actually, it was officially named "King Peter's street" in 1904, a year after his coronation. The street is bordered with numerous classical buildings, of great beauty and importance. 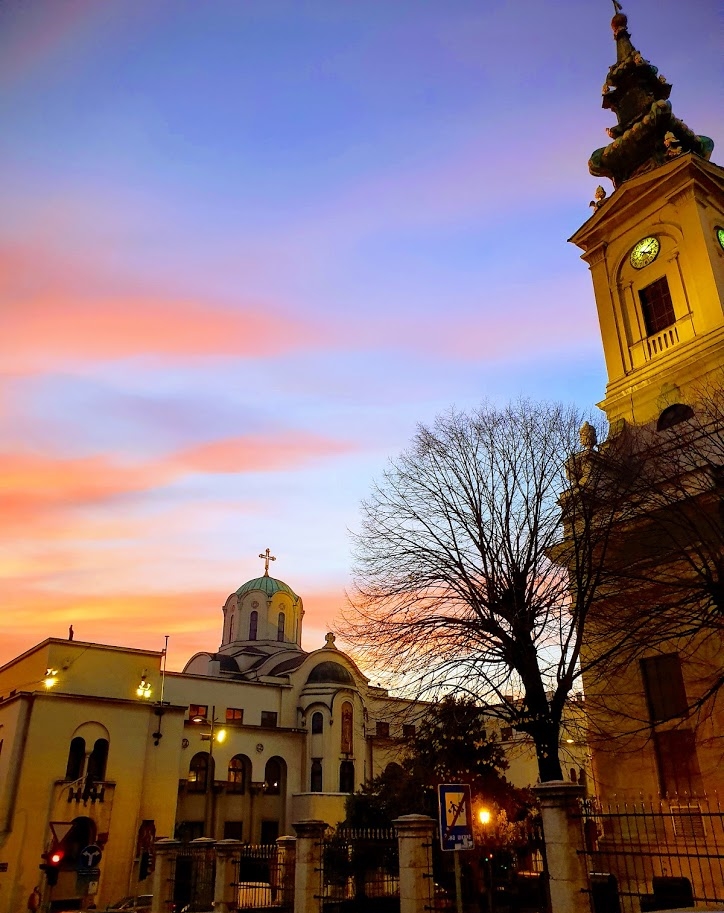 The part between Kosančićev Venac and Knez Mihailova street is semi-pedestrian, and the majority of edifices were built in the late 19th century. There you can see the monumental building of the Patriarchate, with the Museum of the Serbian-Orthodox Church inside, then Princess Ljubica Residence museum (ser. "Konak Kneginje Ljubice"), the Cathedral Church of St. Michael (ser. "Saborna Crkva"), Kafana "?" (eng. "Question Mark Tavern") - the oldest tavern in the city, and buildings of the National Bank (with one of the most beautiful interiors in Belgrade), King Peter Elementary School (designed by the first female architect in Serbia), and houses of merchants Milorad Pavlović and Crvenčanin (introducing mezzanine in Belgrade's architecture).

After crossing with Knez Mihailova it becames a one-way cobblestone street. There is a modern and exclusive "Rajićeva" shopping mall, then two magnificent examples of Secession in Belgrade's architecture - House of Aron Levi and Stamenković House, further down there are buildings of the Aero Club and the Jewish Historical Museum, and Bajrakli mosque, looking to the left at the corner with Gospodar Jevremova street, the oldest building in Belgrade (1575). King Peter's street ends at the corner with Emperor Dušan street (ser. "Ulica Cara Dušana"), near the house of Nicolas Doxat, the oldest civil building in Belgrade (1727). 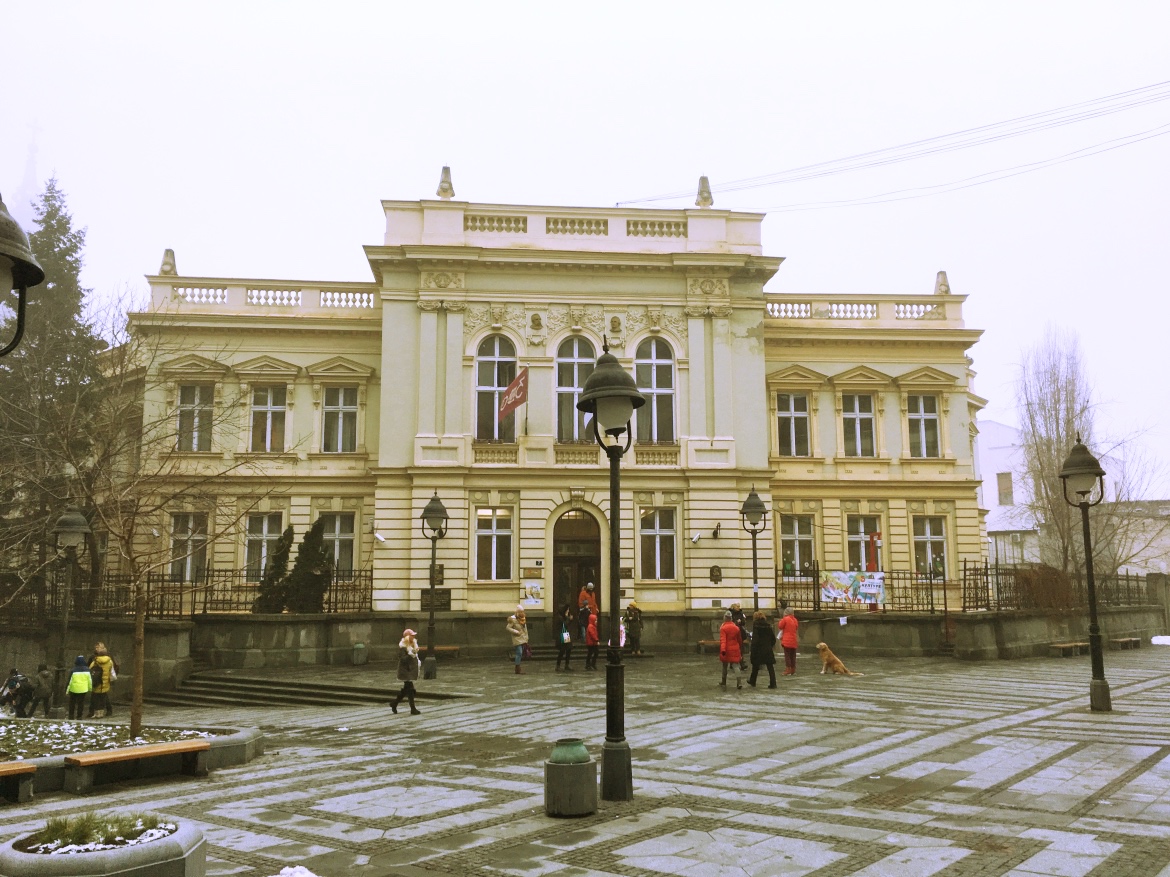 Located in King Peter's street, behind the Cathedral Church of St. Michael, the King Peter Elementary School is surely one of the most remarkable buildings in the neighborhood.

Project for this building was made by Jelisaveta Načić, the first female architect in Serbia. 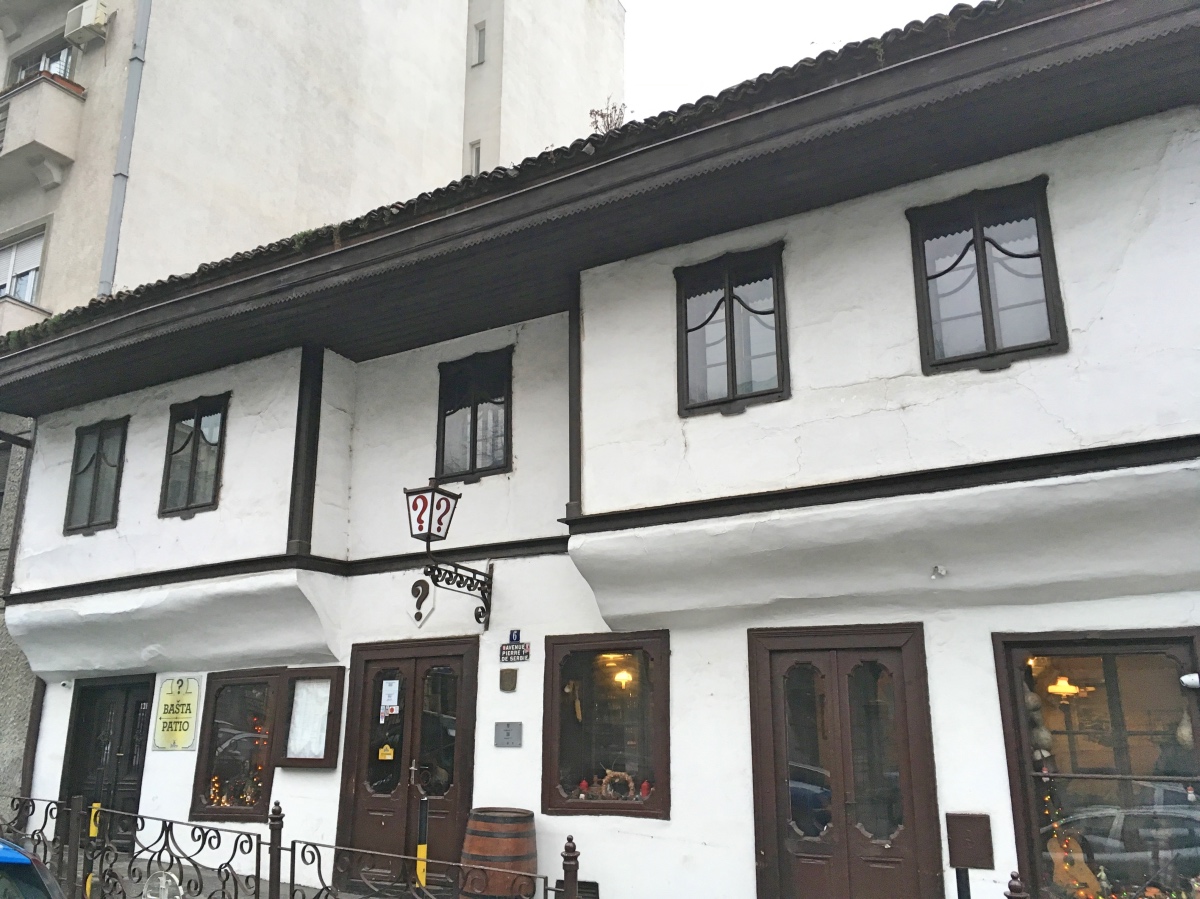 The oldest tavern in Belgrade, and one of the oldest edifices is located in a wonderful surroundings of the Cathedral Church of St. Michael, the building of the Patriarchate, Princess Ljubica Residence museum and King Peter's street. Architecturally, it stands out, together with Princess Ljubica Residence, being constructed in a traditional Balkan profane style, and it contrasts with classical buildings in the neighbourhood.

Built as a private house, it was soon converted into a tavern, and legend says that in 1834 the first game of pool (billiards) was played in it. In that time, the place was called "Srpska Kafana" (eng. "Serbian Tavern"). In 1830, as it was recorded, the place was frequented by Vuk Karadžić, the father of Serbian language and one of the greatest people in Serbian history. 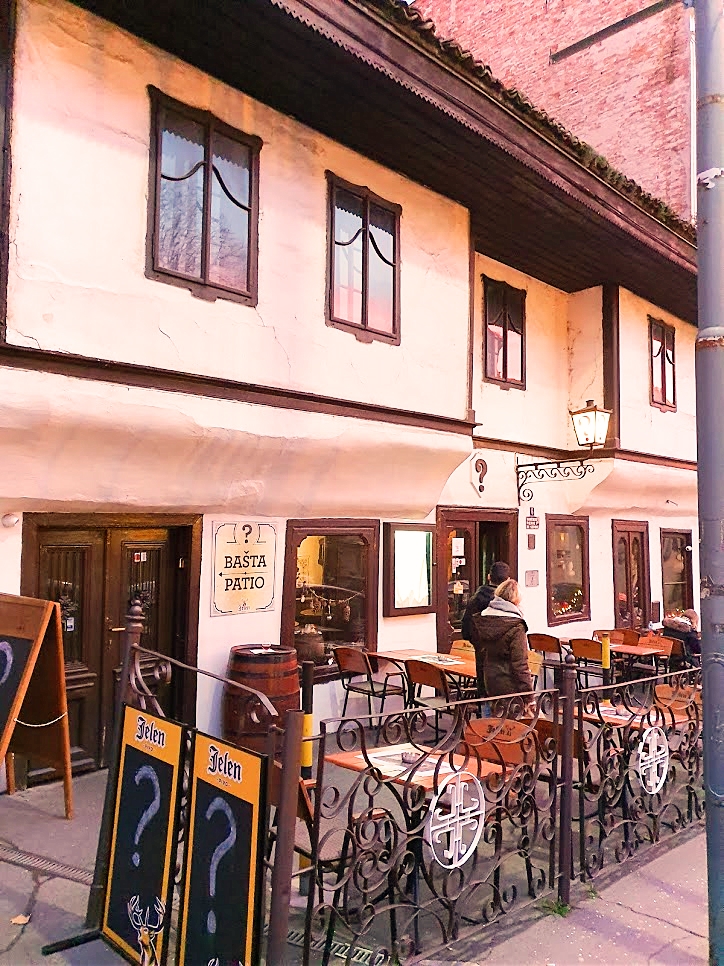 Also, it served as the first reading room of the "Serbian Newspaper". This place changed the name pretty frequently. In 1892, it was called "The Tavern by the Cathedral Church". After dispute with the Church who found that name to be inapropriate, the proprietor changed its name to "?", as a sign of protest. The name remained until the present day. 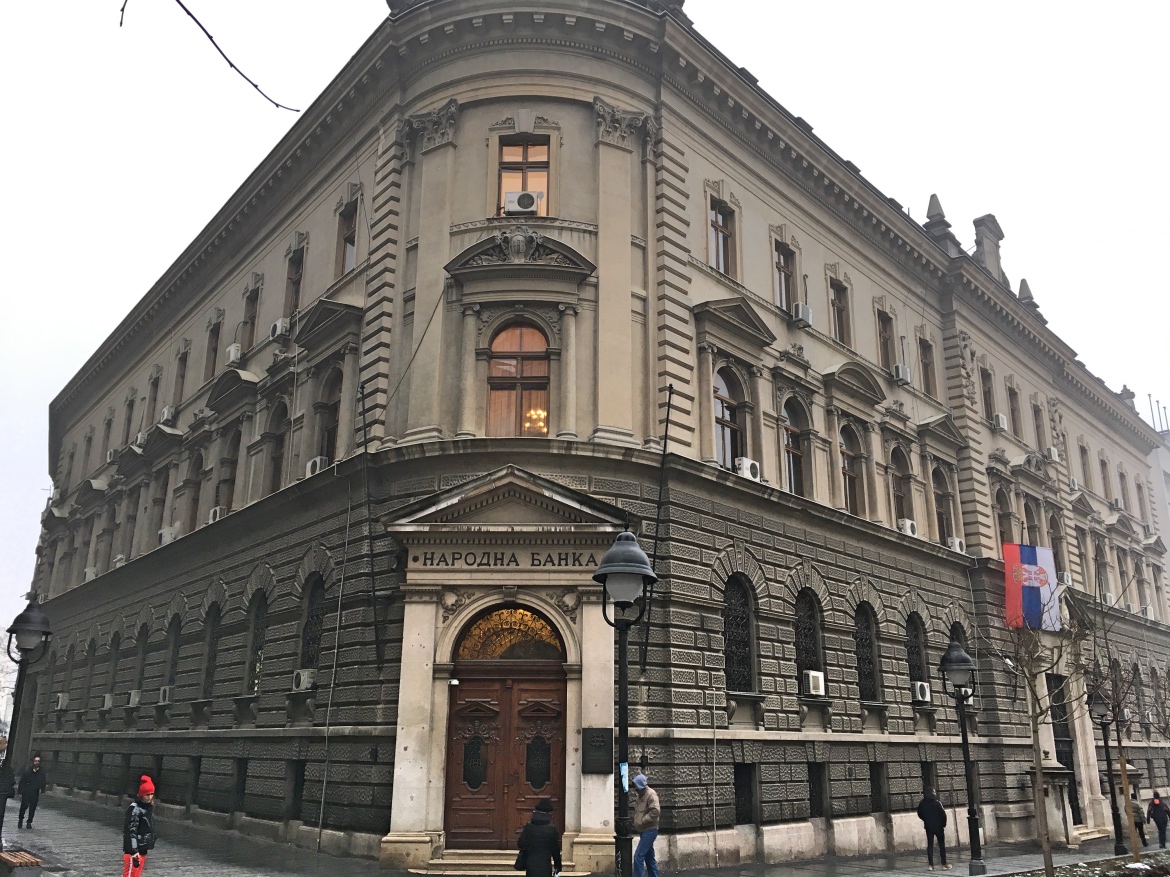 The box office hall inside the building represents one of the most beautiful interiors in Belgrade. 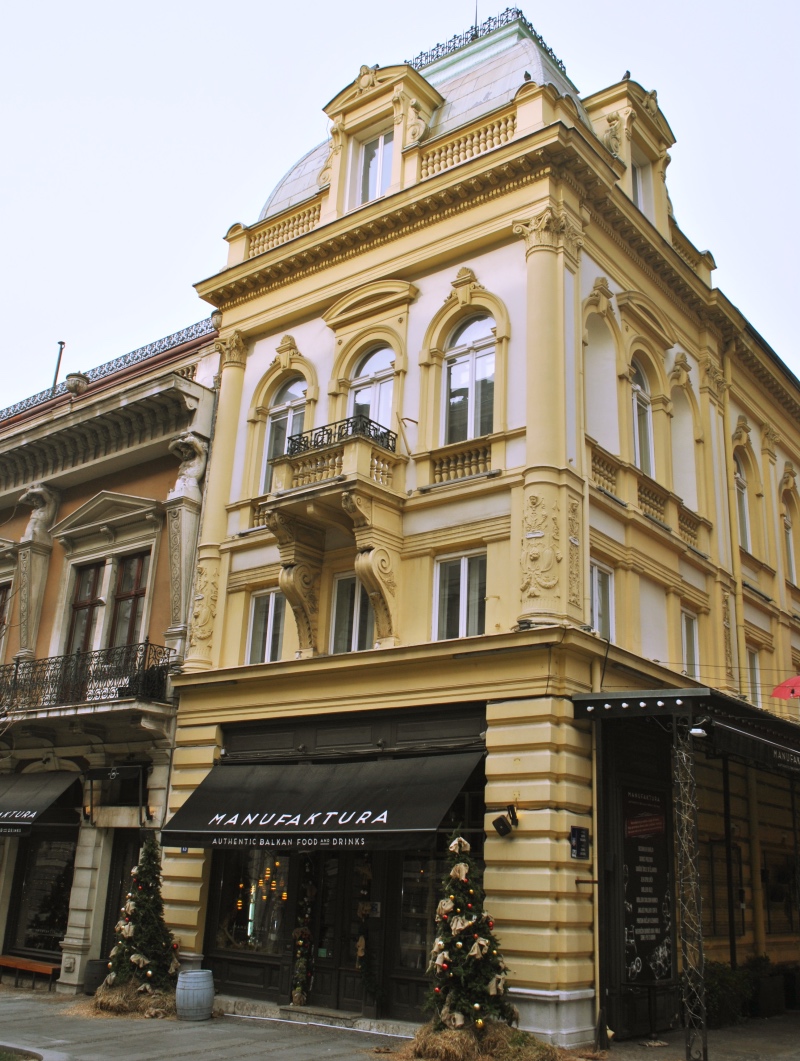 The house of merchant Crvenčanin, located in King Peter's street, next to the house of Milorad Pavlović, was pretty ahead of its time by the architectural solution that was implemented. It is one of the most significant creations of famous Belgrade architect, Jovan Ilkić.

This building is interesting because of its mezzanine above the ground floor, which appeared for the first time in Belgrade's architecture. 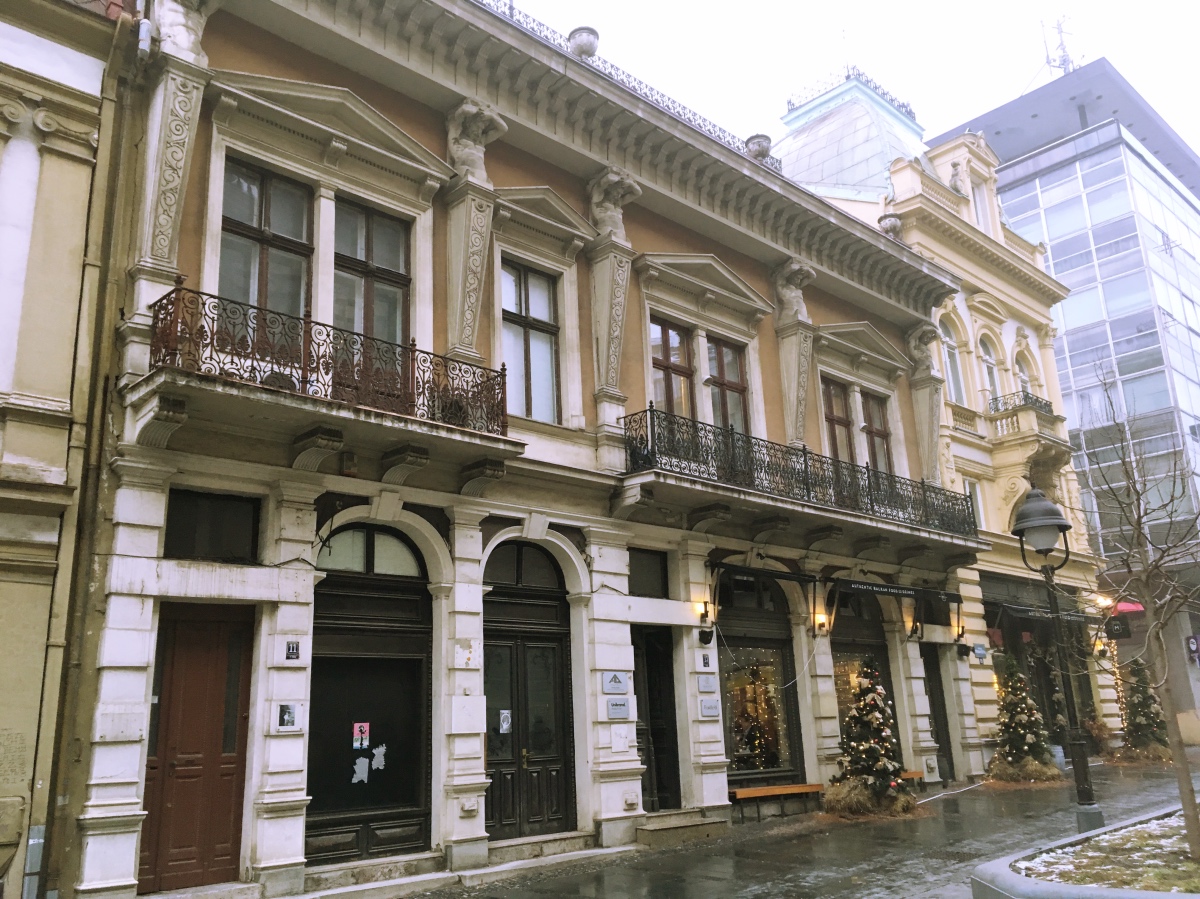 Located in King Peter's street, across the building of the National Bank of Serbia, this edifice will immediately catch your eye with its wonderful facade.

This edifice actually consists of two independent buildings, with two separate entrances, but with the same facade and roof. 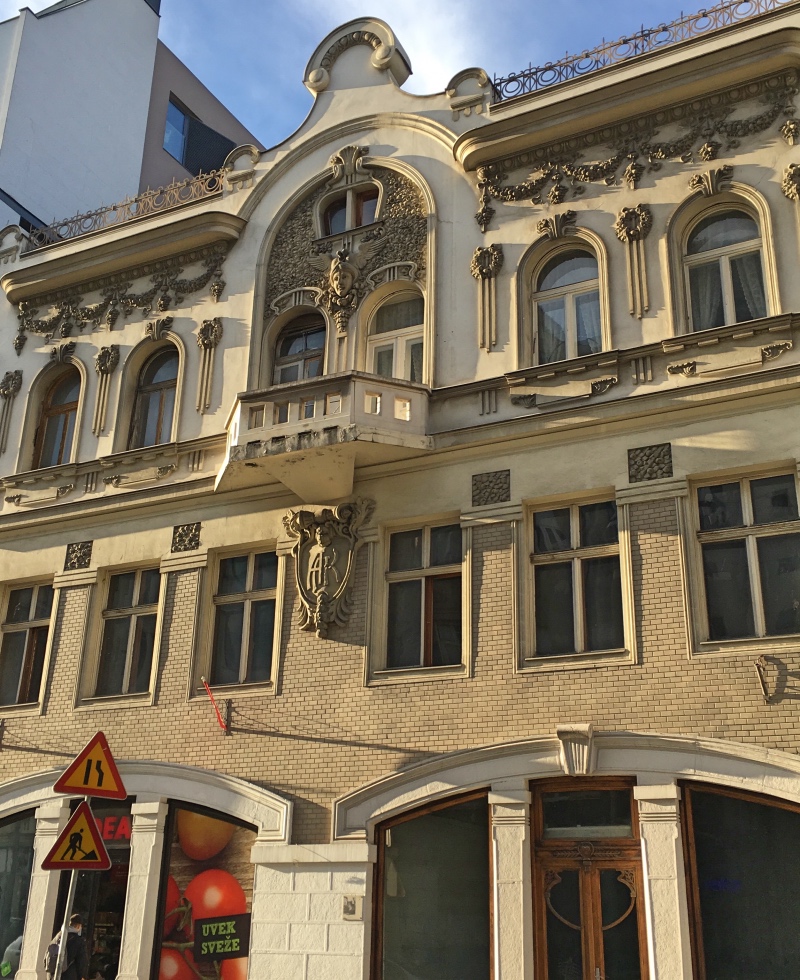 This beautiful and richly ornamented building in the style of secession is very notable, and together with the House of Stamenković, next to it, forms a great view of Kralja Petra street. 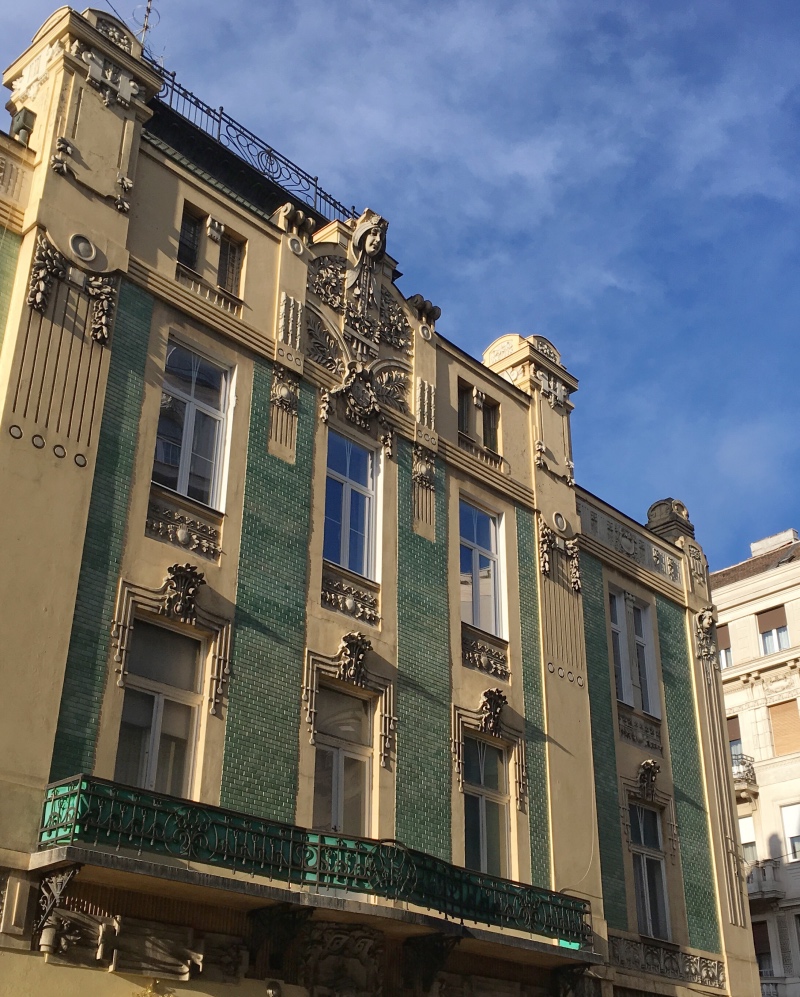 This beautiful and richly ornamented building, commonly known as "building with green tiles", constructed in the style of secession, is very notable, and together with the House of Aron Levi, next to it, forms a great sight on Kralja Petra street.

The project for this building was a wedding gift of the architect, Nikola Nestorović, who was the best man of the newlyweds. Mr. Nestorović was a renowned architect of the time so this gift was original, but more importantly, very classy, for the ordinary people too expensive and almost impossible to get.