Sidd from India amazed with people in Belgrade 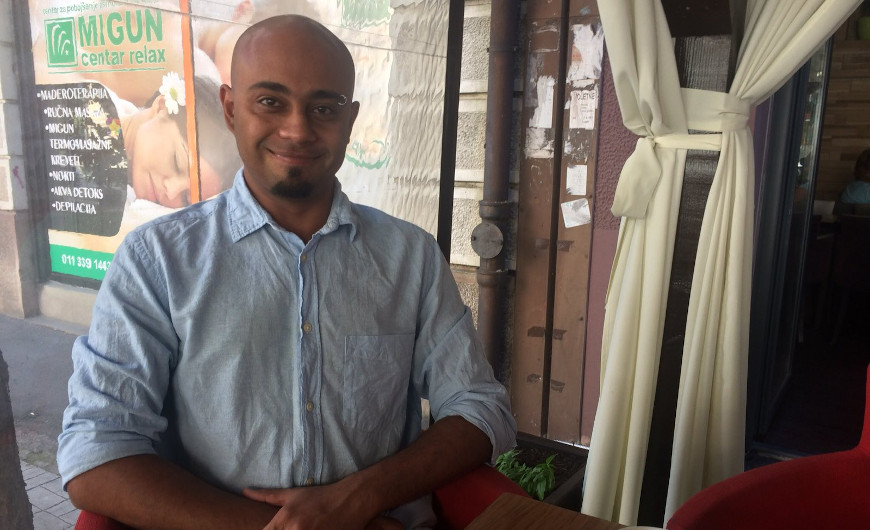 Hello, my name is Siddharth Pathak but you can call me Sidd for short. I'm a multidisciplinary artist from India, currently in Belgrade, working on a global art project that is also self-initiated. I am engaged in visual art, experimental films, experimental audio, painting, a little bit of performance art, as well as writing poetry. Installation and sculpture is also something that I have started to explore recently.

Before I came to Belgrade, I knew that it is the capital city of Serbia, and I read a little bit about it on the internet. Belgrade has been through a lot of significant events in the course of human history and, as a city, has withstood a lot of pain and trauma. There is a lot of structural damage done to the city over the course of time, but it kept rising over and over again from the ashes and finally came back to the state that it is today.

To be fair, though, one of the main reasons for coming to Belgrade is that it was immediately accessible to me. I could easily come here and stay for one month without having to deal with visa issues, because I, as an Indian, do not need any special paper or permission to enter Serbia. 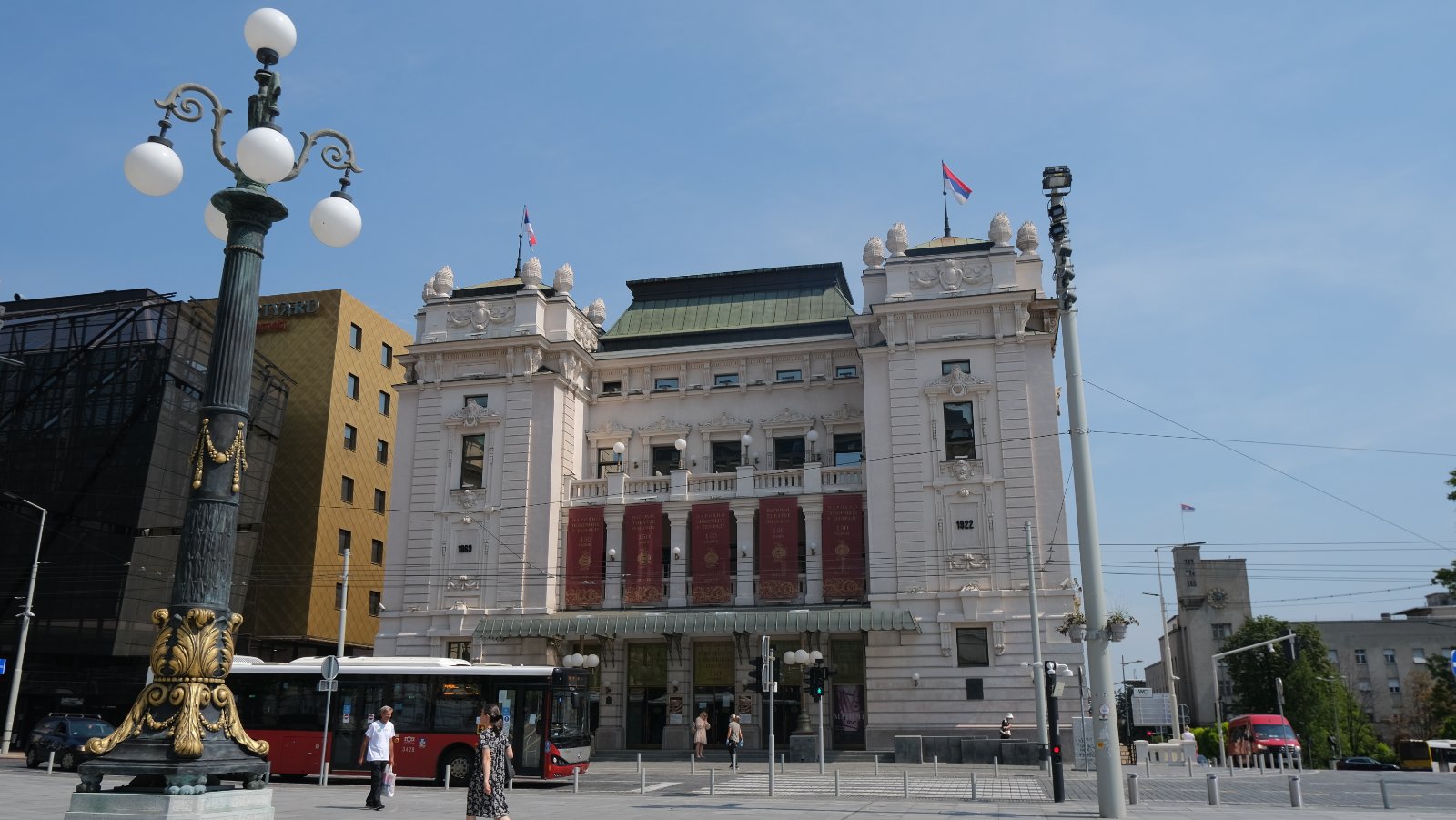 So, when I arrived, the first thing I noticed in Belgrade was that, everywhere you go, there is a combination of historical and modern architecture, and that there's a lot of space in the city. I felt instantly comfortable. I think that Belgrade is an "urge"; for freedom with a touch of bittersweet happiness with very good energy. I feel that the people of Belgrade value and seek freedom in their life and that they are also generally happy, communicative, warm and welcoming, but at the same time, because of all the pain that Belgrade endured through history, they are also slightly troubled by that and they carry that emotion with them, which is why I used the term "bittersweet happiness".

There is not a single thing that I have found here that I dislike about Belgrade, really. I'm absolutely in love with the city. 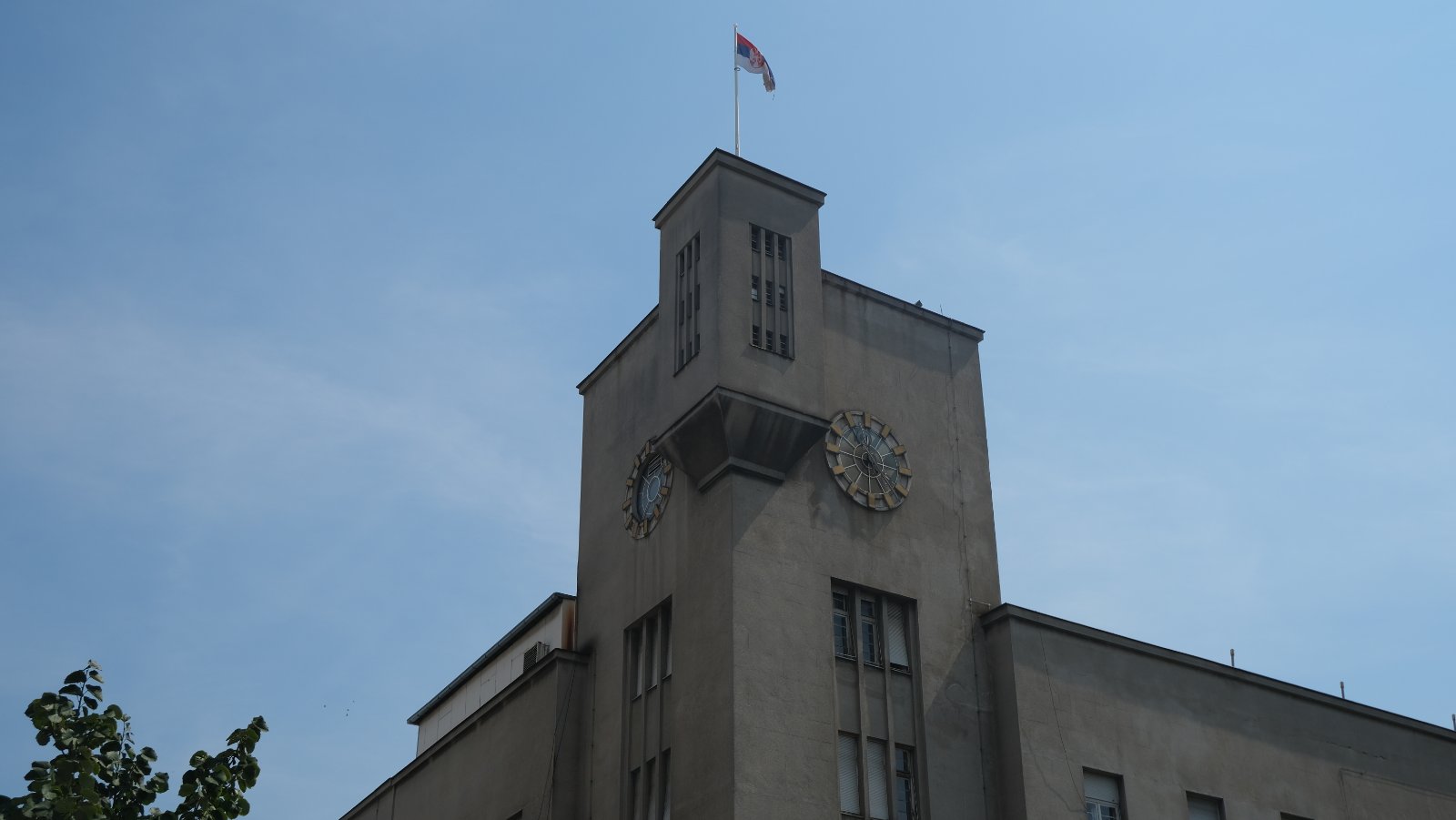 I was born in Pune City, in the state of Maharashtra, in India, but I also have spent significant part of my life in Mumbai City, and I think the similarities between these cities are that the people tend to be generally very helpful and supporting, and that you can talk to them very easily. It'll always be someone available somewhere to help you out if you don't know your way. On the other hand, I would say the main difference is that in my home town of Pune there are some parts where you could still feel unsafe at night. Contrary to that, over the last month in Belgrade, I haven't felt any unsafety. When I am at night outside in the city, walking alone on the street, I feel perfectly safe. That is my experience on a day-to-day basis. 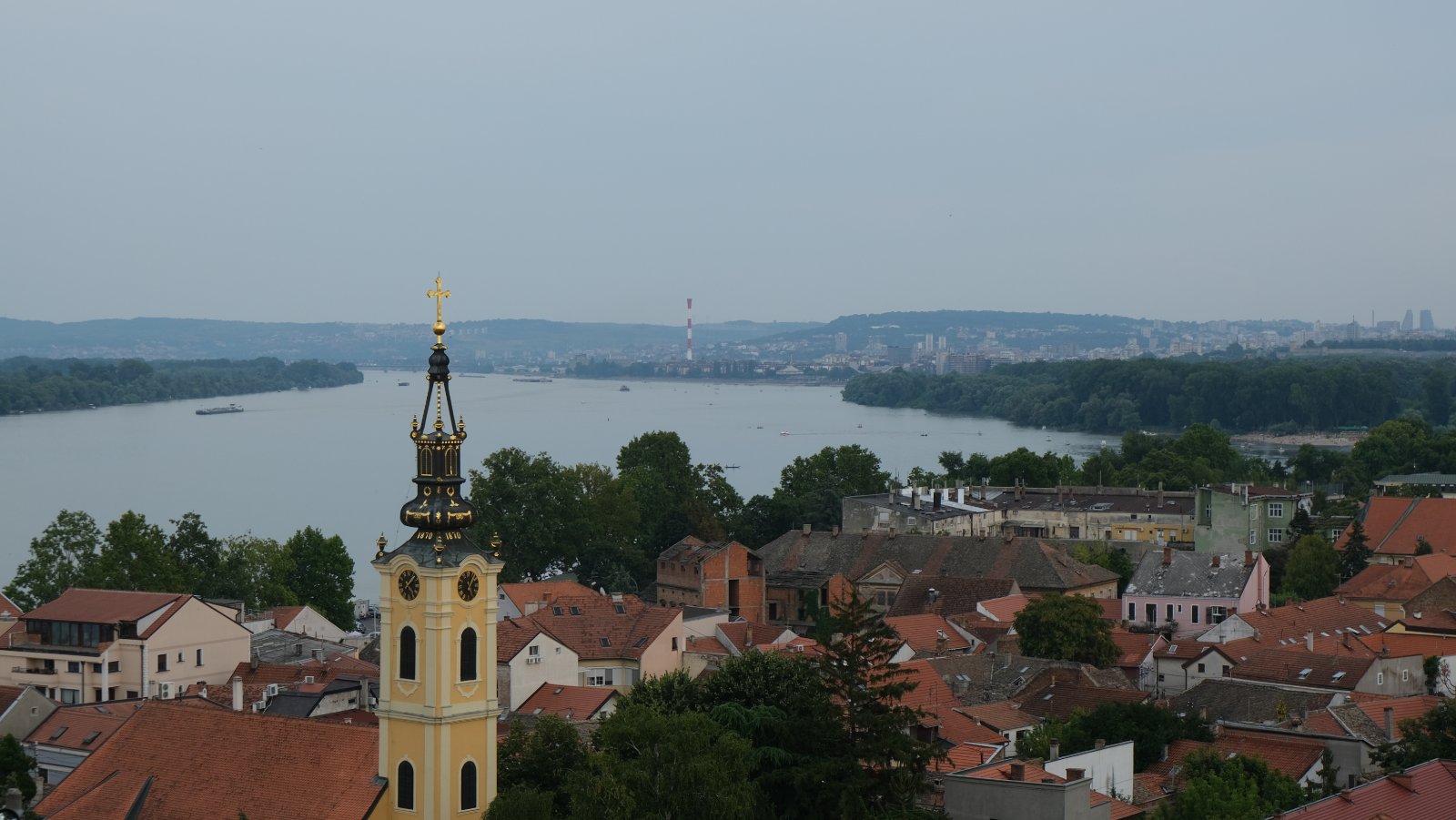 I would say the one advantage that Belgrade enjoys over the cities of Pune and Mumbai is the advantage of space. Mumbai and Pune are heavily populated cities. I also really appreciate the fact that no matter how much traffic is on the road if you want to cross the street on the zebra stripes everybody will stop to let you pass, which is not usual in Mumbai or Pune. I really like the fact that there is a certain civil sense that people observe with respect to other people's space, and whatever it is that they're doing on the street, people like to mind their own business. I think that is really nice. 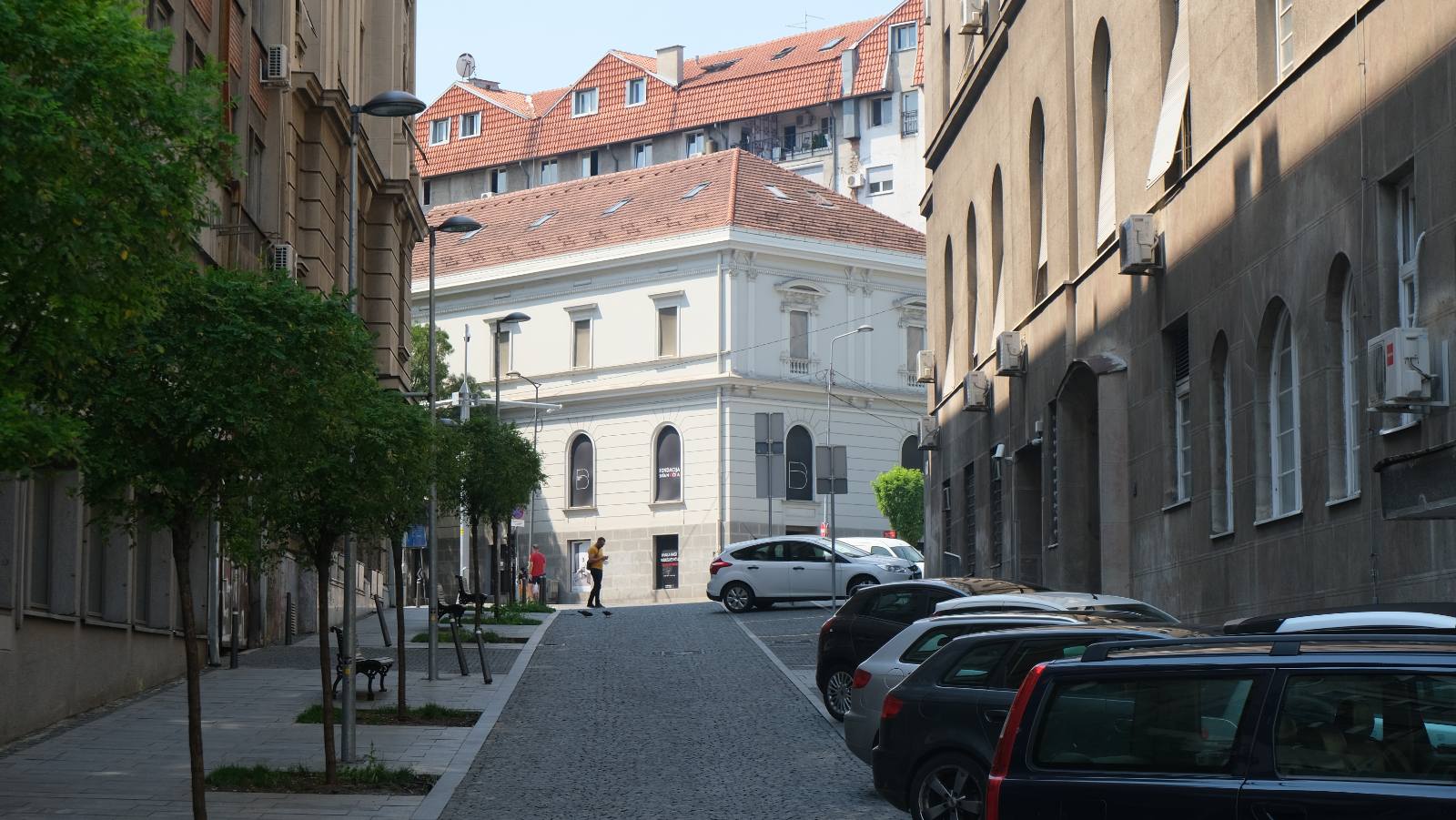 I come from India and I've lived in Bulgaria for a year before I came to Belgrade. I've grown up in an environment watching Hollywood movies in Hollywood Cinema, in English, and I have often observed that these movies portray countries like Serbia, and generally Eastern and Central European countries, mainly not in the European Union, as dangerous countries to go to. There is that general expression in English cinema, or in Hollywood Cinema, that talks about these places as dangerous places or that something bad will happen to you if you go there. People don't know that's not true, and even a couple of my friends told me things like: "Oh, my God, what you going to do in Belgrade?! You know, the Serbs are so very hot headed people and something very bad might just happen to you!" They told me that it is extremely unsafe here or that it's racist, as I am brown skinned person, I could be targeted at any point in time for that. They advised me to be really careful of my belongings, because there is a lot of crime here in Belgrade. It is really strange, because what I experienced after coming to Belgrade is the exact opposite. 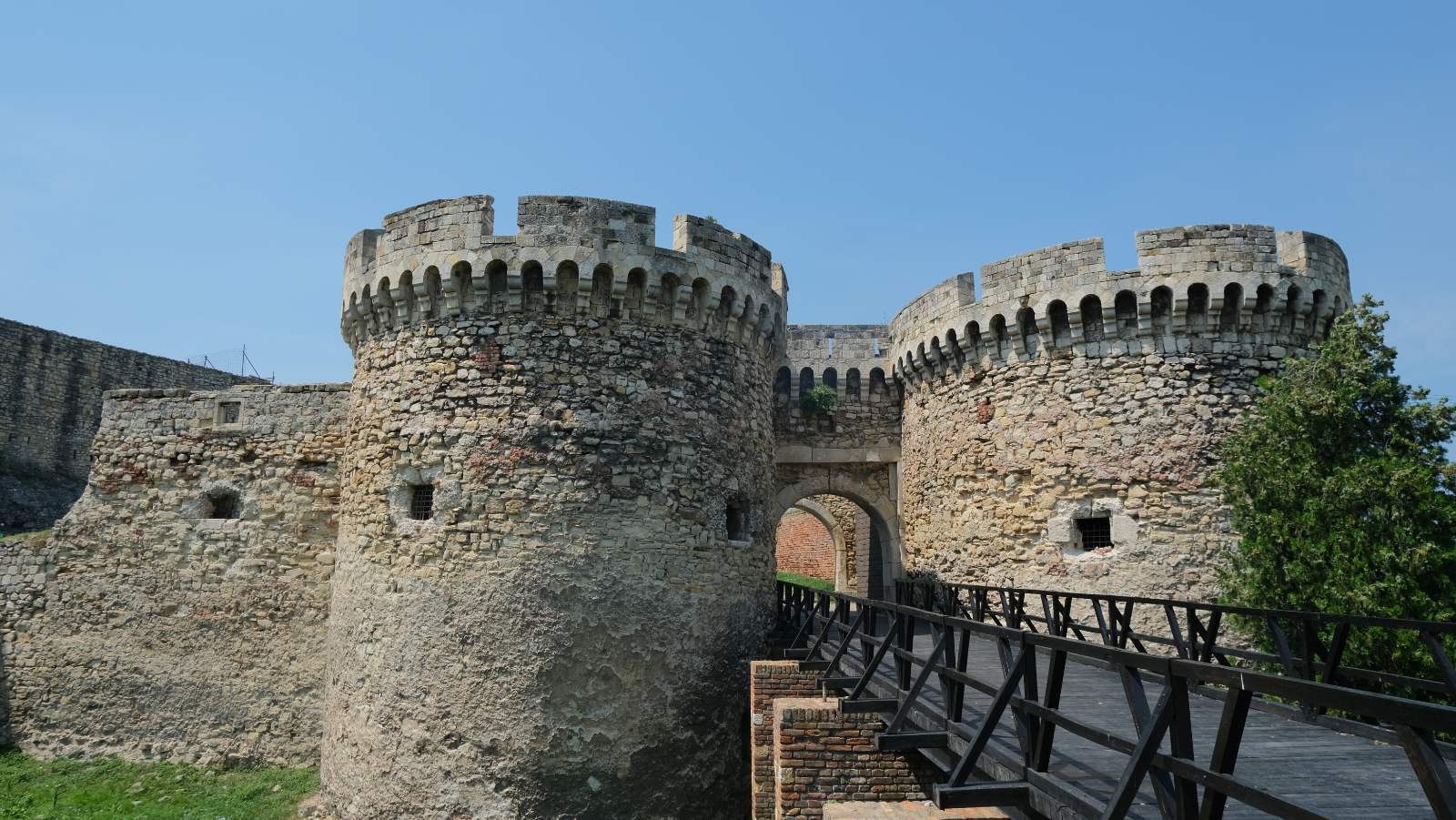 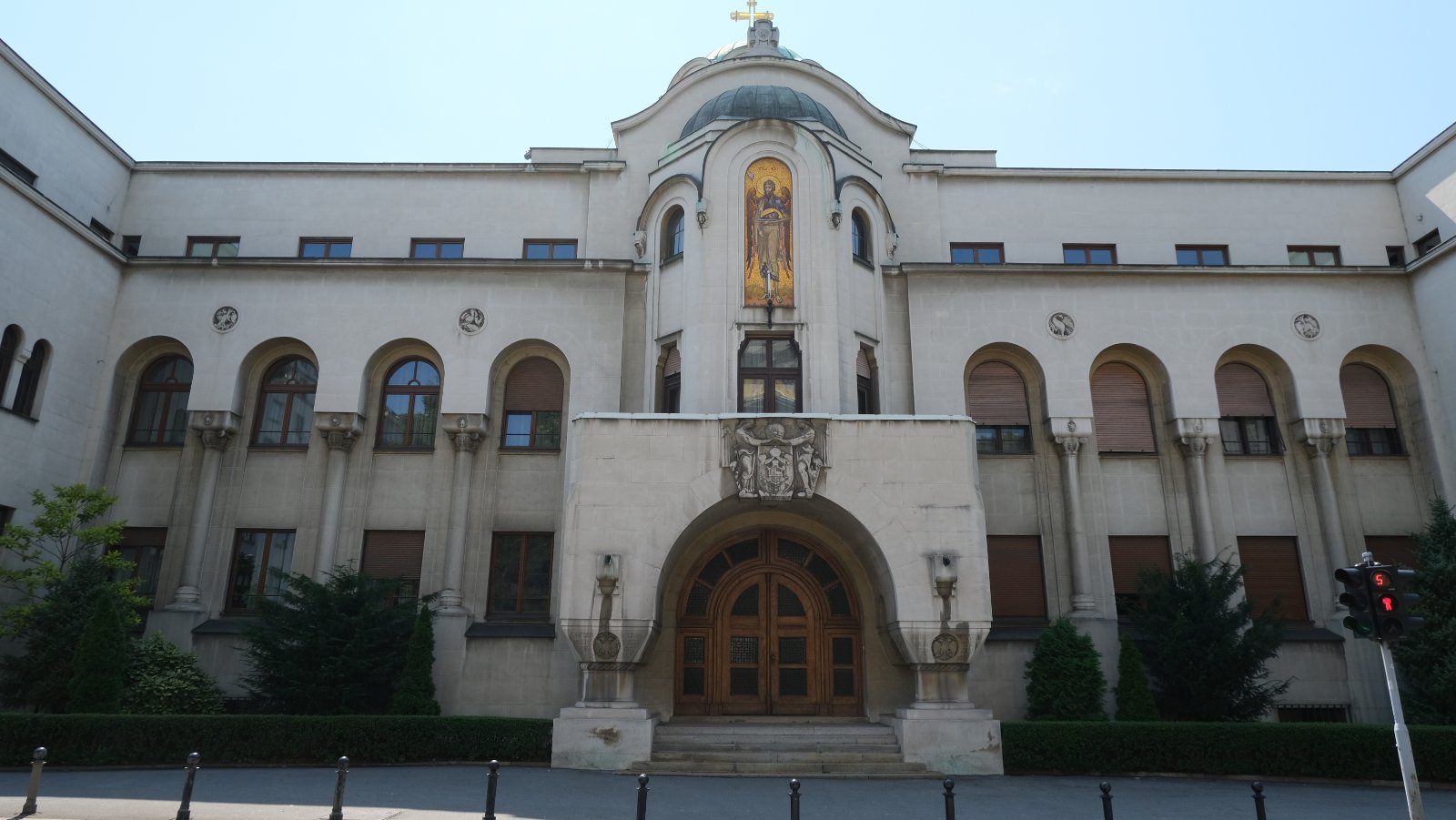 One evening, coming back to my studio from a cafe, it was really late at night, and I was a little lost on the street. There were two gentleman standing on the street, who I did not know at all, and I just stopped and ask them if they spoke English. They said yes, and I asked them how can I go to Dorćol? They immediately responded and showed me exactly how to get there. Sometimes, the news in popular Media makes you believe that a brown skinned person could be uncomfortable talking to a local in a primarily white skin country at night, but I am amazed how forthcoming people are over here. I mean, there's a store across the street that I go to buy my groceries, and there is an old woman working there. She did not speak the word of English, maybe one or two words, ok, yes or no, but even though she does not understand what it is that I'm asking her, she still walks around the store with me to help me find what I want and asks other colleagues to help translating what it is that I'm looking for. I absolutely love that about that store. 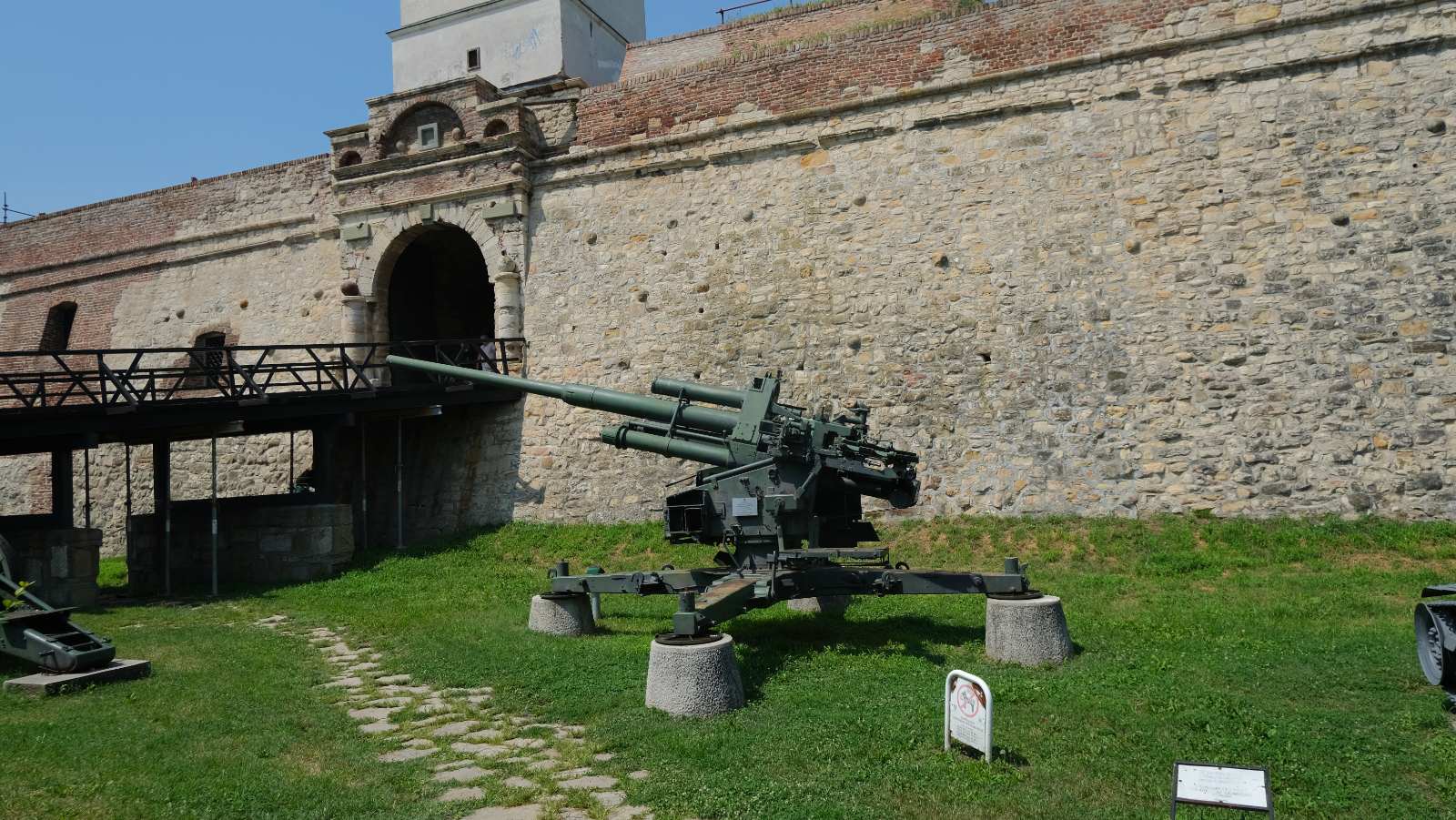 In the Cafe that we are sitting right now, there is a girl called Jelena and another girl who works here, Milica, and they are always so happy and want to talk to me. I did not know how to activate my SIM card because the only language that works is Serbian, but they helped me with the activation of the number, what to do when I have to get it active and how it works. The people in Belgrade at generally very approachable, and helpful, and supporting, and warm, and friendly, and I have never felt uncomfortable sitting in a restaurant, being the only brown skinned person. That is really important to me, because if I'm travelling to a new place that I never been to before, then it's really important for me to feel free and breathe over there. And while I'm walking on the street nobody looks at me, nobody looks like you know this is an outsider. If I go to a supermarket and I want to buy something that I could not find and ask a total stranger, they will walk with me around the market to help me find it. So, I think everything that the world believes about the people in Serbia is totally wrong. I want to say clearly that the happiest, warmest, most friendly people I have ever met in my life are the people in Belgrade. 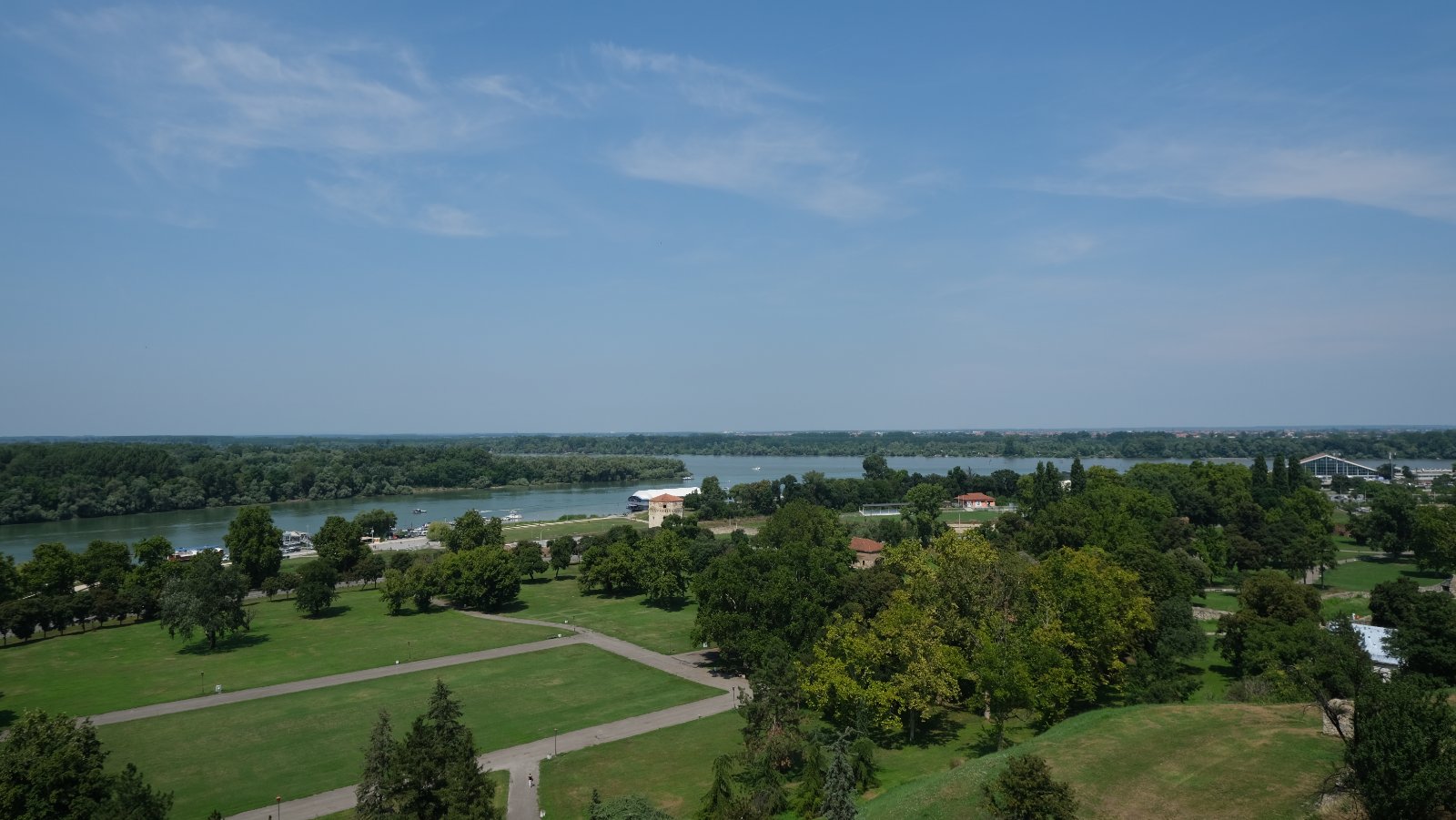 I could most definitely live here, and I would love to live here. I mean, yes I feel really free here, and I see that the artists of the city have a lot of potential and power, and they're willing to do interesting, important things. And that feels like a good environment for me to gain inspiration from, and why would I not want to live in a city that is fun to go around?! I love water, the rivers are so beautiful, and the view from the Fortress is so peaceful. 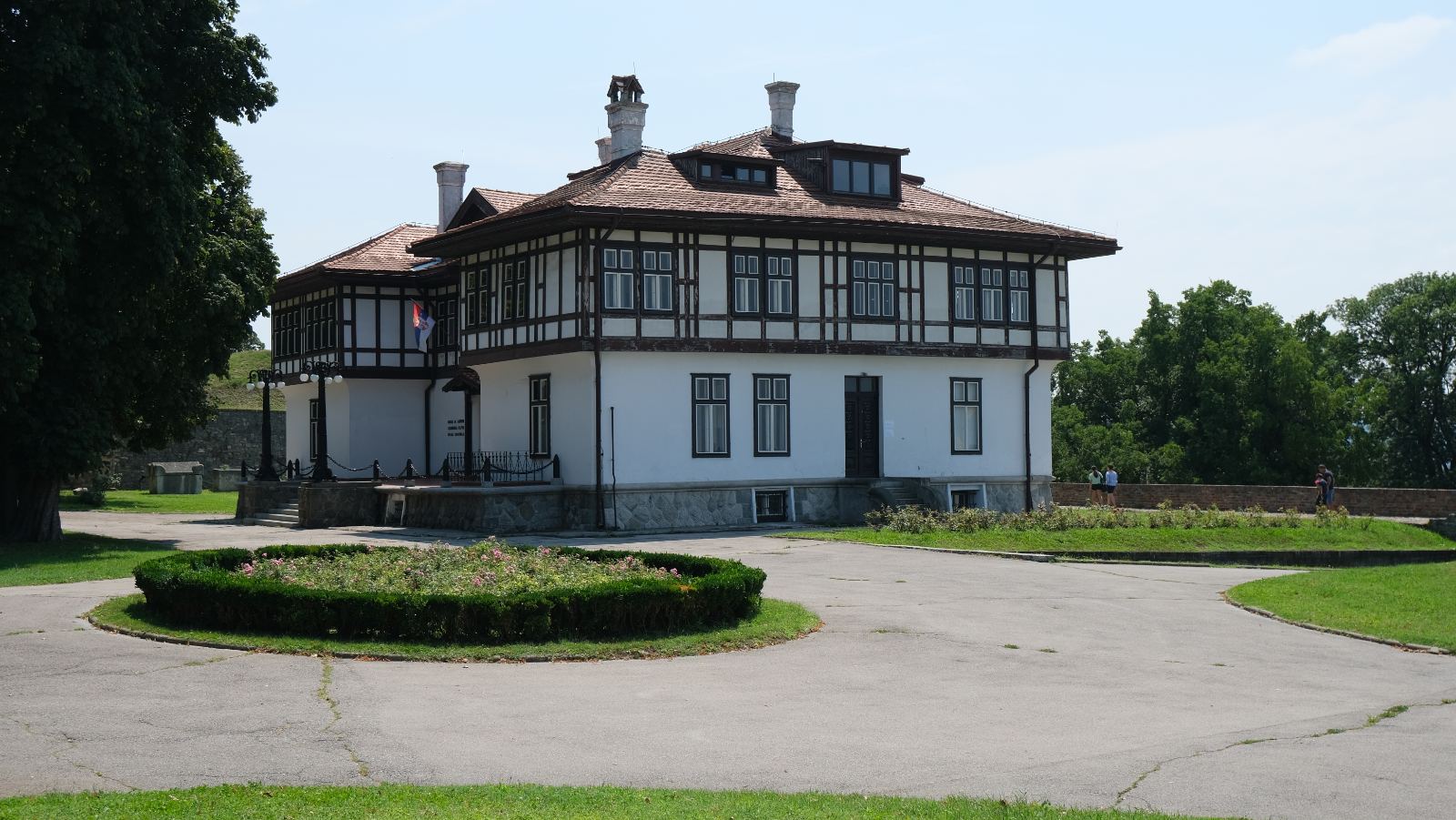 Sofia, in Bulgaria, just by looking, feels somewhat similar to Belgrade, because it has a combination of modern and historical architecture as well. I believe Budapest would be similar, too, but I don't know, I'm not sure. I've been to Bucharest, in Romania, before, and I would say that Bucharest also had somewhat similar look. But I want to state again there is no comparison between the people of these cities! Belgrade has totally different kind of people, so special. 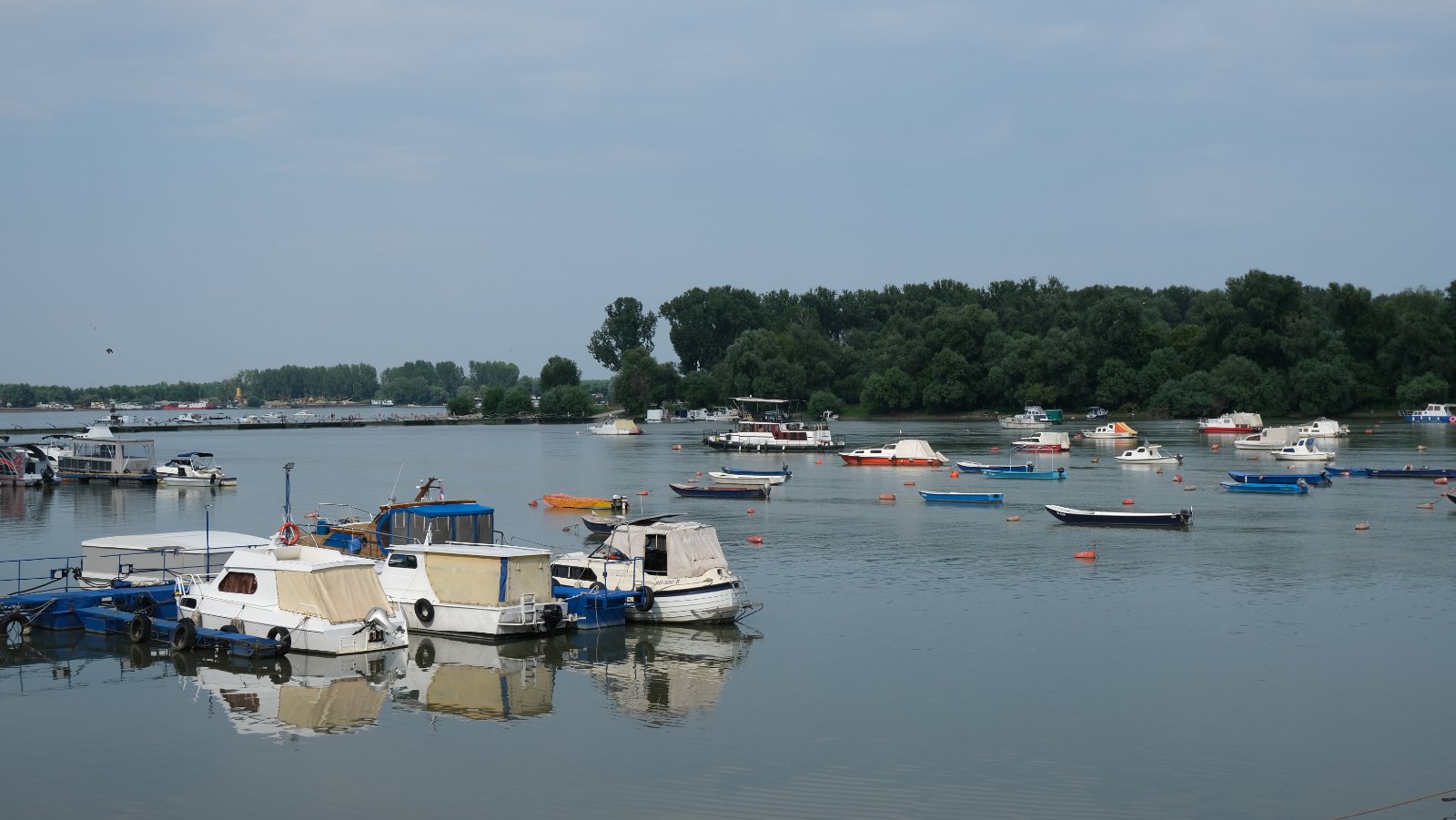 I loved the fact that I played basketball after 1 a.m. in the night with two totally unknown boys, in a totally unknown place, just around the corner from here. I've seen them play there a couple of times and I was in a good mood that night, and I just screamed at them: "Can I come inside and play with you guys?" They said: "Yes, why not!? Come on!" There was a big barriere around the basketball court and they just pointed me to a gap in the middle of that metal barricade, and I just jumped into it like a monkey. I played for about half an hour with them. Both boys are called Alex, and they were more than happy to teach me how to play basketball. They showed me what a three pointer and two pointer is, how to stand, how to guard, how to launch the basketball out of my hand. That’s something that's going to stay we me, and I will definitely remember that for the rest of my life. I think it was beautiful. 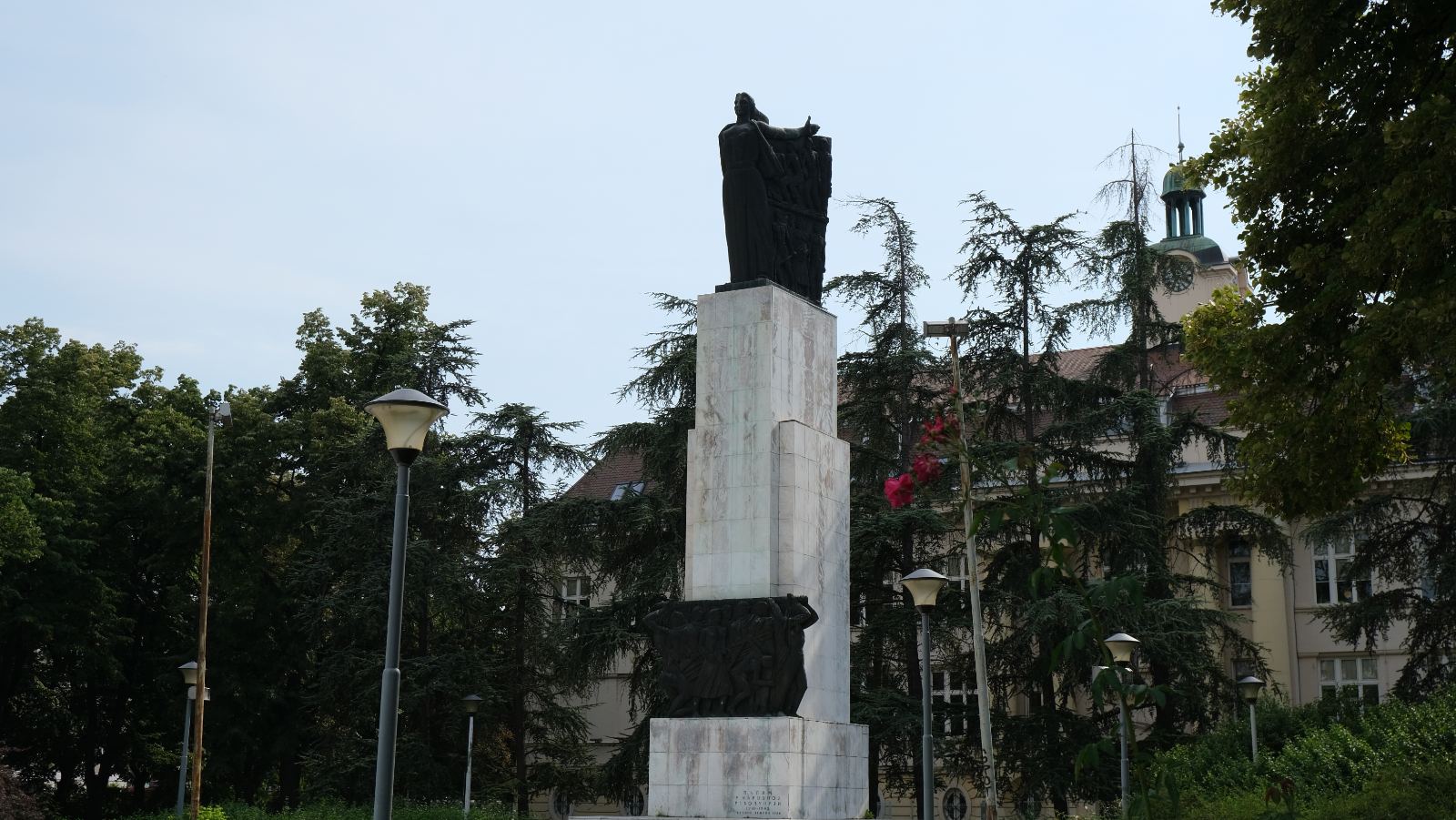 I will definitely come back here some day and I will stay longer. I would love to enjoy once again that 24-hour high-energy life of socializing and sharing and having fun, which is, I believe, the true spirit of Belgrade.

All photos courtesy of Siddharth Pathak