Belgrade, a place that you can make your own / by Brian Greco 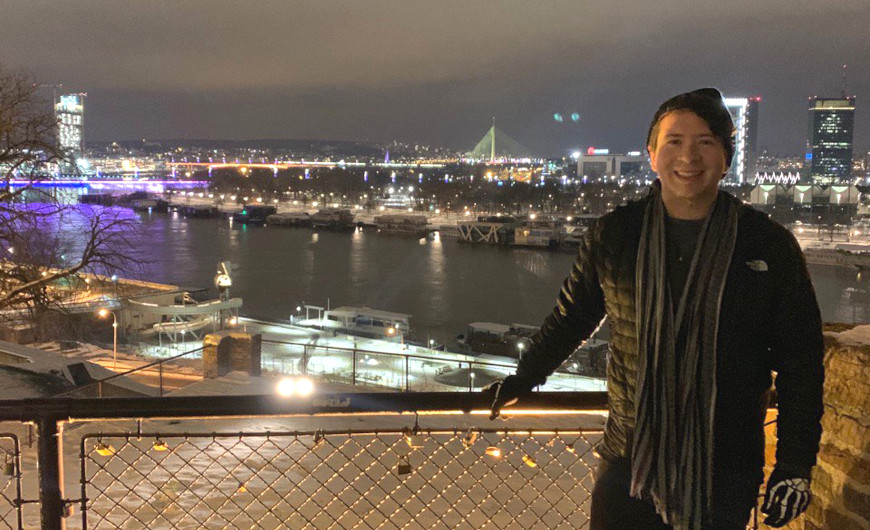 Hi, my name is Brian Greco. I am from New York City, visiting Belgrade for the fourth consecutive year. I work online, in the digital marketing, and I like to come here usually in the summer. This time I'm here in the winter, though. My home base is in Turkey now, but I come to Belgrade every summer. My first trip here was back in 2017, when I fell in love with the city. It's fairly easy to fall in love with it.

I knew that Belgrade was a more affordable city in Europe, I knew that it was a little bit different than the usual ones. You know, a lot of tourists go to Budapest, they go to Krakow, the American tourists, I mean. For them, there is only Barcelona and a few of those, let's say, more popular cities. But I wanted to go somewhere a little bit different. I booked the trip to Belgrade and I really liked it right away, so I decided to stay longer. I knew that it was a friendly place, I knew there was a lot of nightlife. It was something new for me, because I'm not from this part of the world. I had been to Romania and I've been to some countries nearby, so I expected to find a nice city, but I didn't expect to find as cosmopolitan of a city. I thought it would be a little bit more of a small town feel.

Belgrade has a very sophisticated feeling to me, and that was the surprise. I expected to find cafes, shopping, restaurants, but I didn't expect to find the quality that I found here. The first thing that I noticed was that people are very friendly and approachable. They really make an effort. You ask them a question and they really think and actually try to help you. In lot of cities, they don't want to deal with foreigners. But here, there's a genuine friendly attitude. I noticed that people speak pretty good english, relatively to a lot of places in Europe. They will say “my english isn't good”, but their english is perfect. They are humble, very kind people.

The weather is quite nice in the summer. I like to swim in Ada Ciganlija, and I like to go to "25. maj" (eng. ”25th of May”) swimming pool,  I like to sit in Trg Republike (eng. "Republic Square"), in the cafes, I like to come to Kafeterija. I noticed the easy lifestyle, very walkable city, easy to get to know. The centre is not very big, so once you learn Knez (Mihailova st.), you learn "Vračar" district, you learn kind of the main areas, "Brankov most" (eng. Branko`s bridge), you are good to go. I started to build a map in my head and it was easy, pretty easy to learn.

I would say that Belgrade is a very real city, the people are very real, they laugh, they cry, they talk with you. It's not a place where people are afraid to express themselves, which is really nice. What I like about the Serbs is that I find them very honest. If you don't like something, well say it! If something is not in stock, they`ll say we`re out and ask would you like something else, and stuff like that. 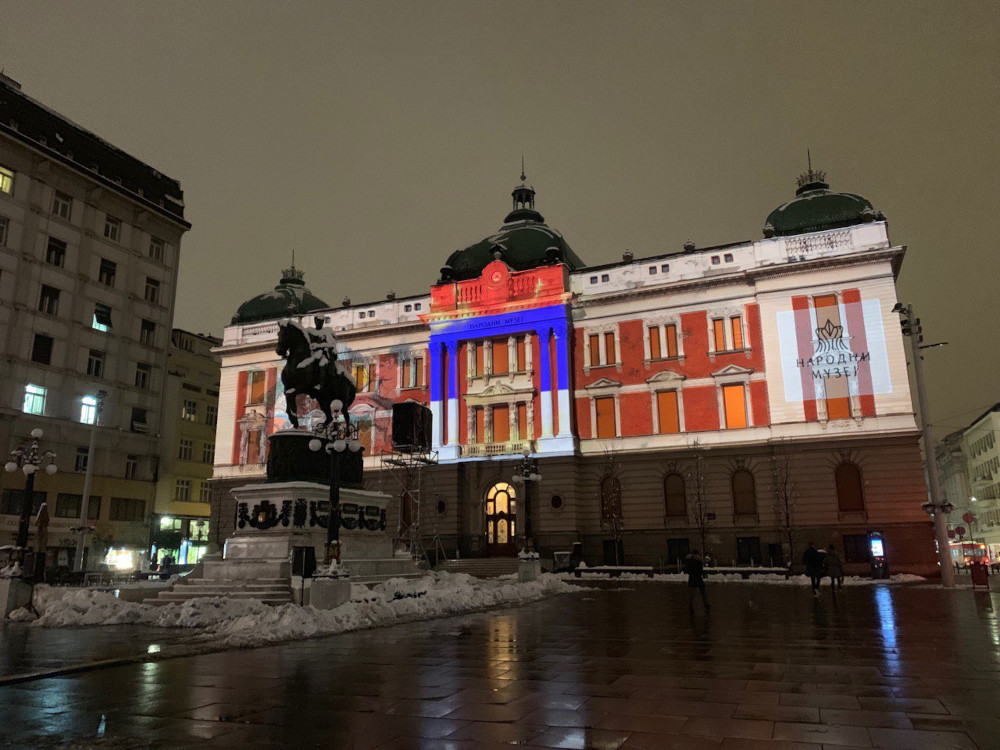 The people here are quite honest, they will tell you how it is and I appreciate a culture where the human spirit can be expressed very easily and I think it's a nice place for that. I would like if there was Uber, but we have Yandex, CarGo... the smoking inside is not my favourite thing, but it's part of the culture and the people are pretty polite, as long as you tell them don't blow in my face or something, but that's just one thing. Card payments are important for me as a traveller, but most places are starting to take it so that's very few things I don't like in Belgrade. Maybe a little more flight connections, but you know, you have the major cities. I usually can name many things I dislike about the city, but not Belgrade.

Belgrade is obviously a much smaller city than New York, but they both share an incredible love of life, the people are excited about life, they are always working on something, building something, coding something, painting something, and I like that. I think it's a lot safer here, though. Belgrade is a very safe city in general, very low crime and I never feel unsafe walking around, which is nice, anytime of day, at least in the centre. I'm sure there are parts that you have to be a little careful, but overall you're pretty much good.

The social attitudes in both cities are very similar, you can fit right in if you're from a different culture. I think the people are very honest and I think they're curious to learn and I think they`re good at what they do. I rarely have problems with anything. I mean, you go to Italian restaurant, they make a good pizza, you go to an art gallery, they are passionate about arts. The people are very capable and competent which is really refreshing. 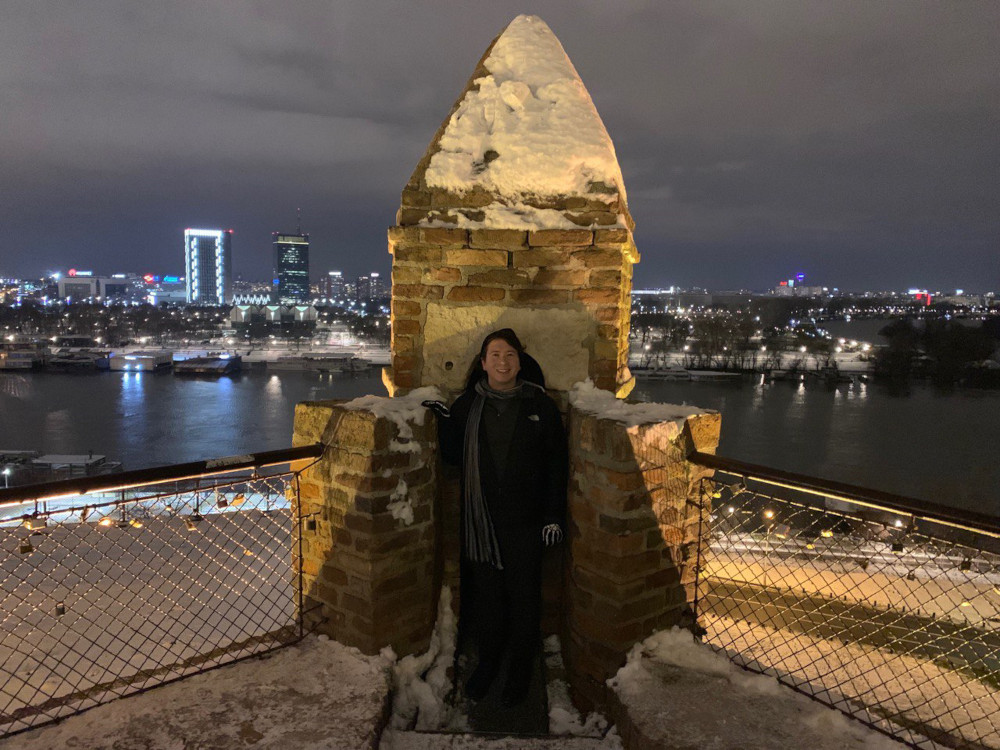 In some ways I consider Belgrade my second home. I could live here at least half of the year. I don't like to be anywhere for more than six months at the time. But that's not Belgrade's fault, that's my fault. But if I had to pick one, two or three cities that I had to spend the rest of my life in, I could easily live a happy existence here and not complain. You know, there's not a lot of cities similar to Belgrade. I've travelled in the region and even though the appearance may be similar to, let's say Sarajevo or Zagreb, Bucharest, and the other places nearby (obviously there are similar in a lot of ways, on the outside), but Belgrade is very, very different socially, it has a lot more meat to it, it's more exciting, the people are a little more interesting, there's more going on.

If I had to pick a similar city, there are two cities in Colombia, or maybe Brazil, that have kind of similar spirit, which might be surprising to hear because it's so far away. Colombians and Serbians are two cultures that are very fun, they like to have a good time, people are quite attractive, they`re usually very healthy, they're interested in meeting you, it is very easy to make friends. I'm rarely lonely here. And I am rarely lonely in those cultures in Latin America as well, so in an interesting way I think you could find some similarities with Colombia, with Mexico perhaps, with Brazil. 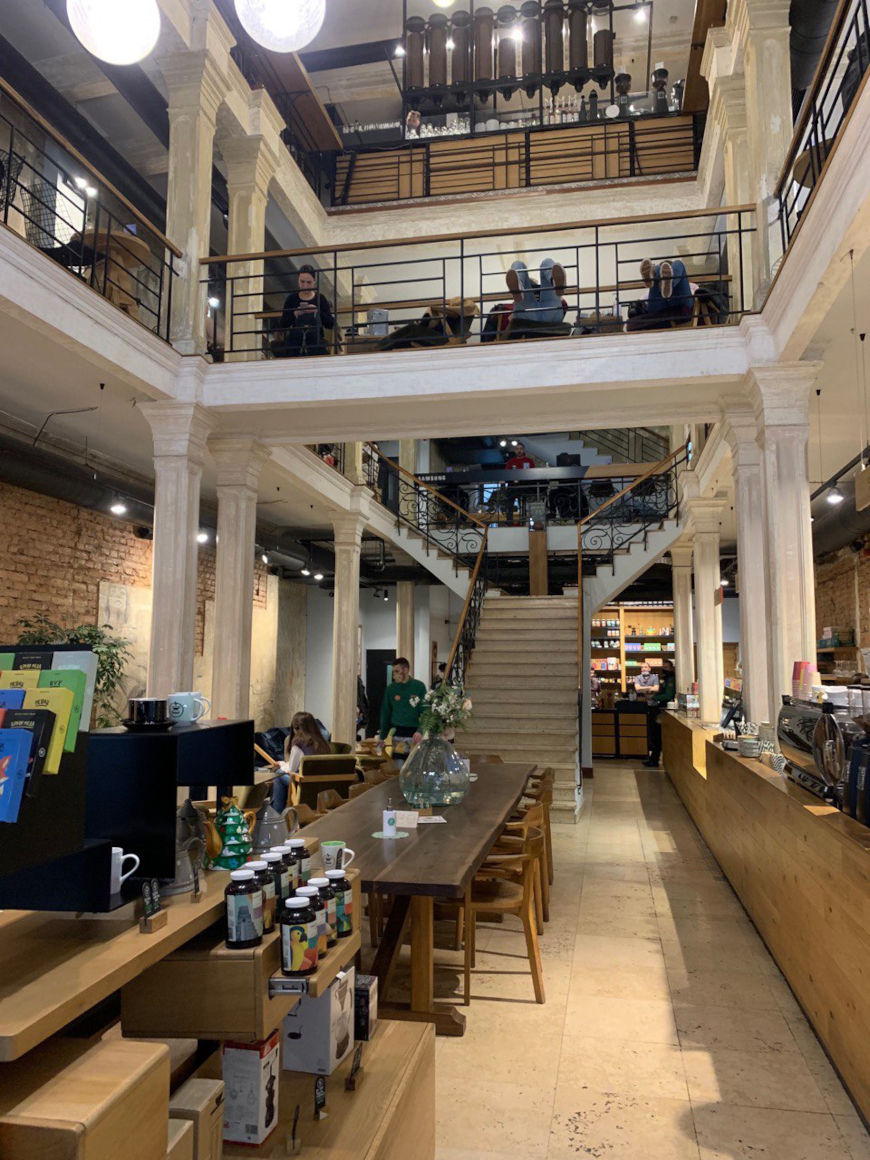 I've had many memorable moments in Belgrade. My favourite moment in Belgrade is when I wake up and I don't know what I`m going to do, I don't have any plans, maybe on weekends. I meet a friend for breakfast, I go to the park, maybe I go to the supermarket, I have a dinner plans with friends, I check out some of the street music, go to one of the bookstores, I have so many little regular moments that for me are what makes it special. There are other cities in Europe that might have more impressive museums, they might have more fancy restaurants, they might have more historical architecture, but very rarely can you find a place that you can make your own. I've built my own little life here that I come back to regularly. It changes a little bit each year, but my favourite moment is just daily life. I can't pick one. Yesterday, I met a friend from the Language Cafe, that we had met like a few years ago. We had dinner at Vapiano, we had a drink at this little small bar right by, five minutes down the road, I don't know how it was called, some cool bar that he knew, then we walked home and I picked up an order of Chinese dumplings from a Chinese guy that move to Belgrade, because it's lot of Chinese people coming to Belgrade, and he advertised on the Facebook group that he makes dumplings, and so we picked up the dumplings, and we were eating the dumplings and we were looking at the books, and I bought some books yesterday at the old bookseller, we were hanging out, it was really pleasant, and it was just a random night, but it was so much fun and those are the moments that I like. 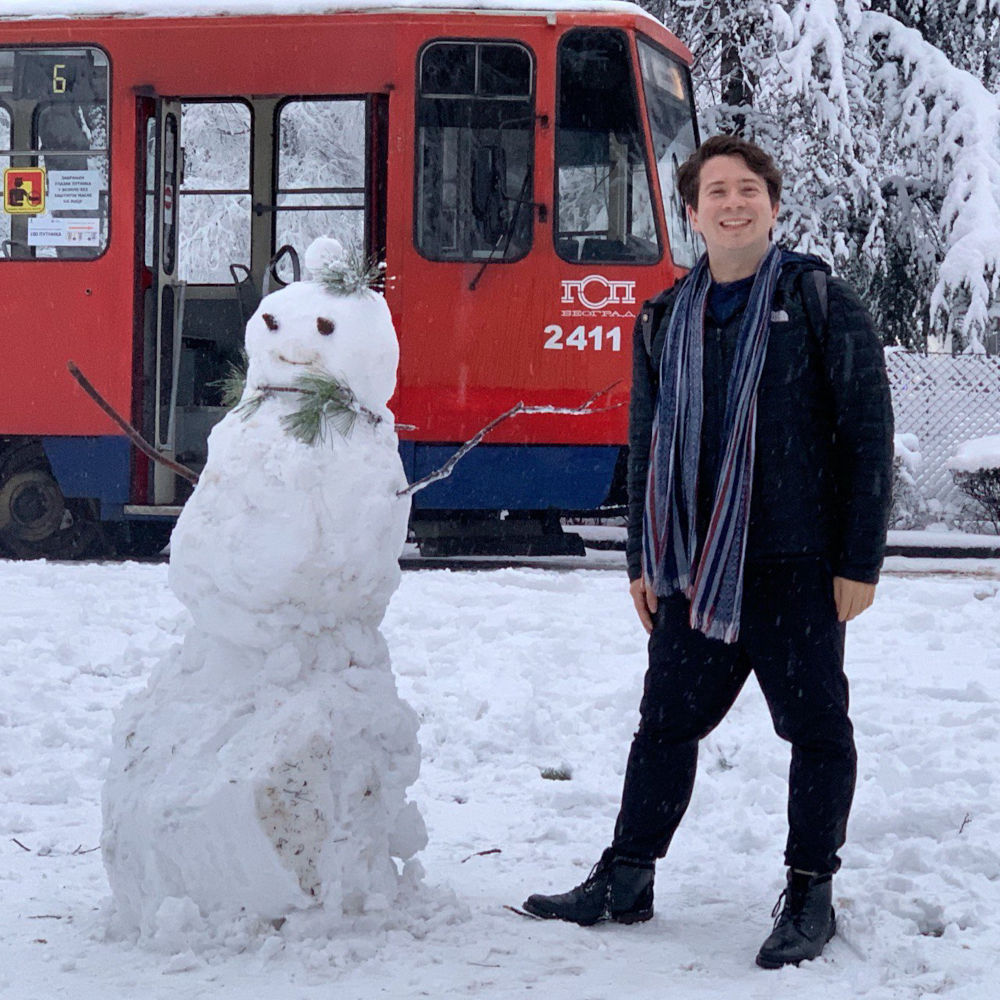 Everytime I board the plane I feel very relaxed because I know that I'm going to have a good time in Belgrade. And I know also that I'm not going to have a lot of hassle. I like the airport and I don't want them to change anything. You can get out of the airport in five minutes. You land, you go through passport check, you pick up your bag by the little guy at the baggage claim, you go through customs and my Airbnb host picks me up and you are already in the town, so I feel excited when I plan my next trip because I know that it's going to be good and I know that I'm not going to be stressed.

That's my story. Thank you so much, everybody!

(all photos courtesy of Brian Greco)