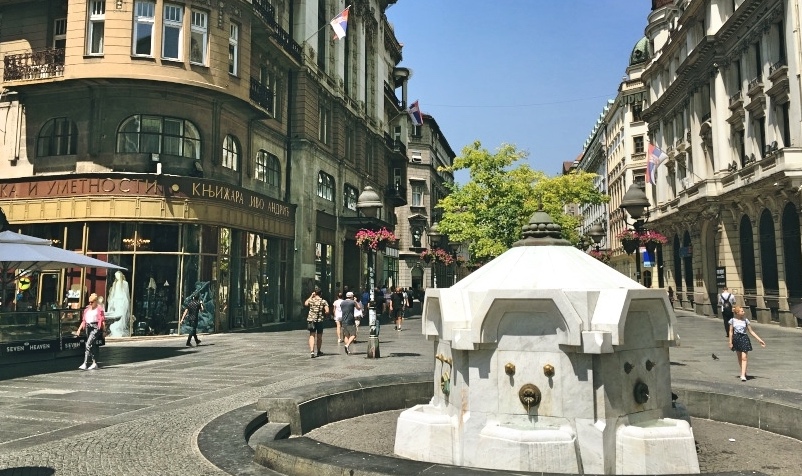 Knez Mihailova street is a famous pedestrian zone in the very center of Belgrade. Throughout the history this road represented the heart of urban life in the city.

It was named in 1870 after Prince Mihailo Obrenović (1823-1868), who in 1867 got the keys of the City of Belgrade from the Ottoman rulers, officially ending the Turkish reign over the Serbian Capital. With his diplomatic efforts, Knez Mihailo managed to persuade Turks to peacefully leave Serbia, effectively gaining the full state of independence, and it is considered one of the crucial figures in Serbian history. 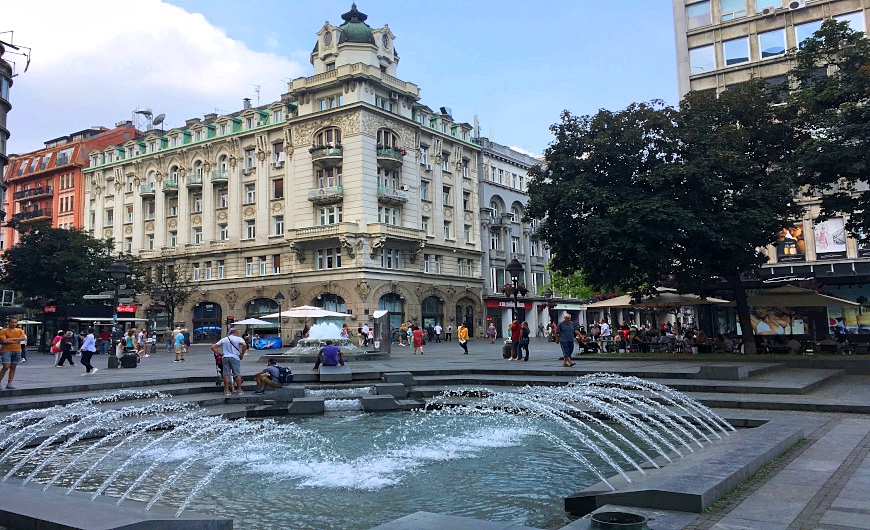 Naming the streets in Belgrade started in 1872, but Knez Mihailova street got its name in 1870, as the principal urban road in the city, dedicated to one of the greatest statesmen Serbia ever had, Prince Mihailo, who was brutally assasinated in 1868.

Knez Mihailova street is one of the few streets in Belgrade that never changed its name. In 1988 it was reconstructed and became a full lenght pedestrian zone. 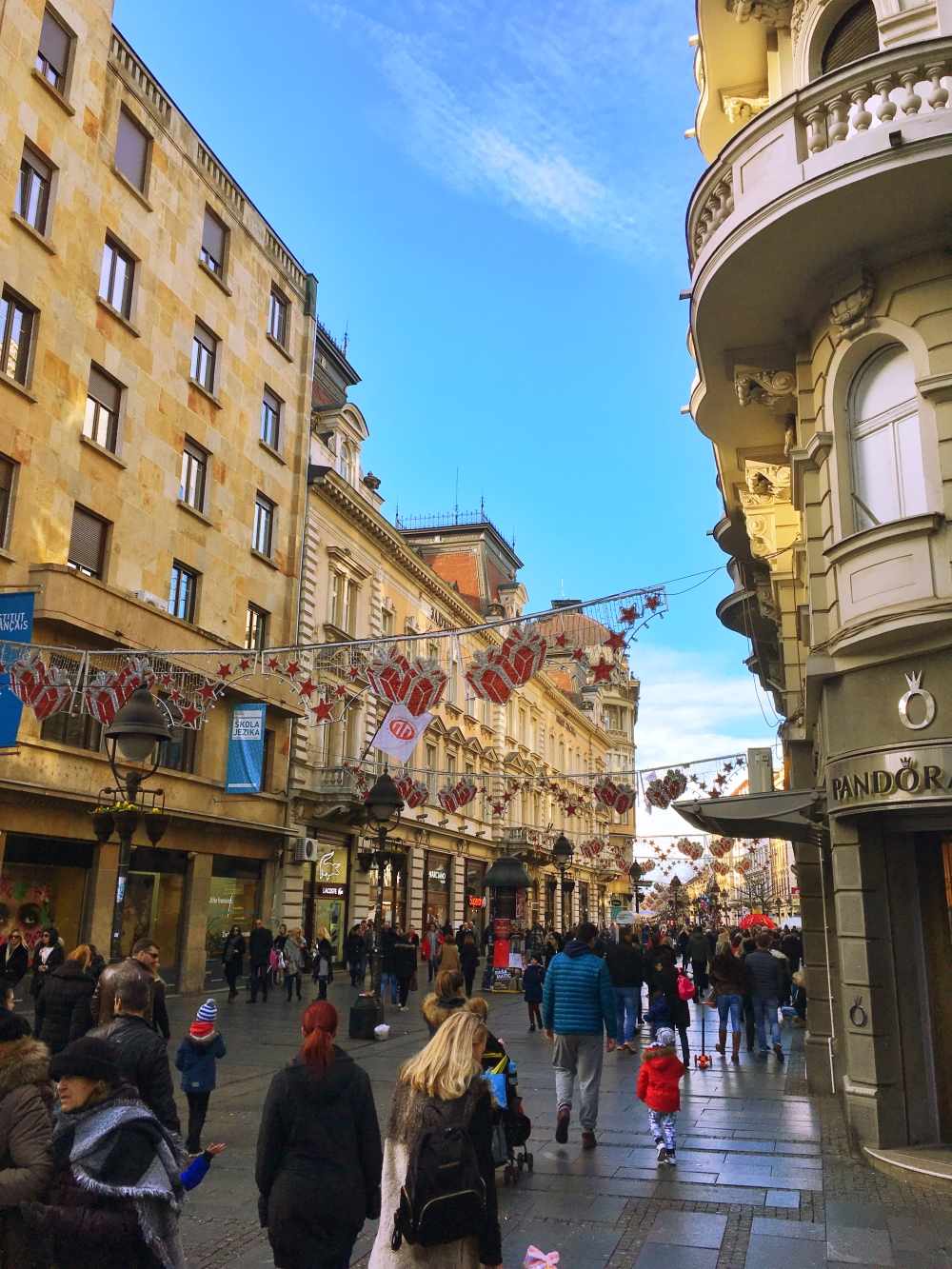 It is connected to Republic square and to Obilićev Venac at "Russian Tzar" building. At "Delijska Česma" and the building of Serbian Academy of Arts and Sciences, there is a passage through the Faculty of Philosophy to Students' square and park. Basically, Knez Mihailova street is the center of a very large pedestrian zone in the very heart of Belgrade, together with Republic square and Obilićev Venac, and the portions of Topličin Venac, and side streets. 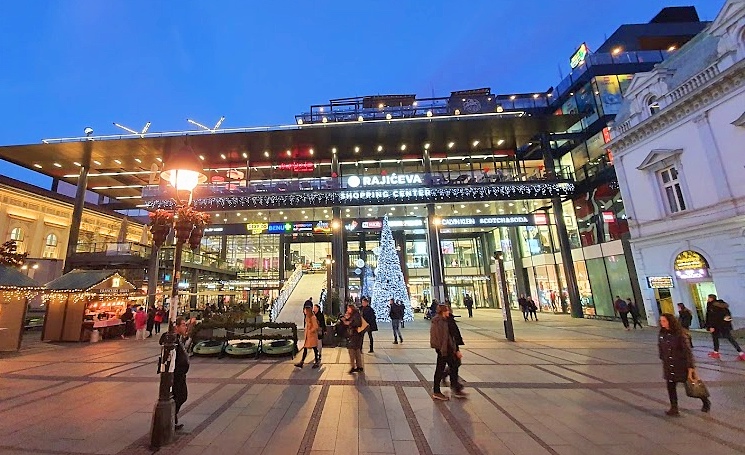 It is connected to Topličin Venac via Vuka Karadžića st. or Djure Jakšića st. And to Kosančićev Venac you can easily get walking down a beautiful King Peter's street (ser. "Ulica Kralja Petra"), which is the penultimate street that intersects with Knez Mihailova before you reach the end at Pariska street, by the Belgrade City Library and Rajićeva Shopping Mall, and the entrance to Belgrade Fortress. 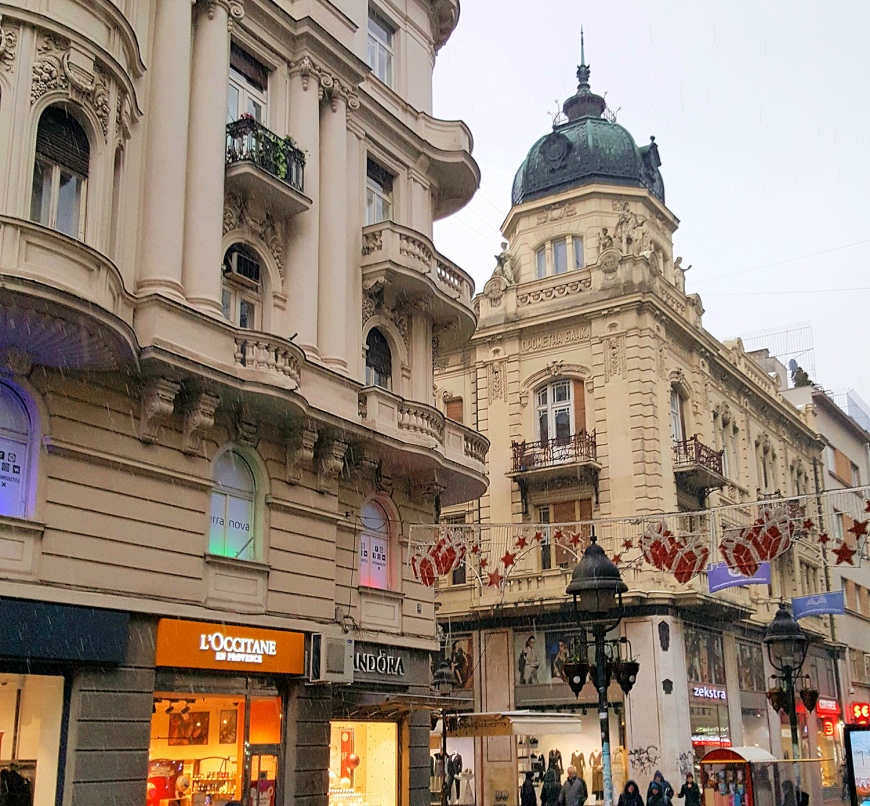 Many of these side streets (all pedestrian) are filled with coffee bars and restaurants with wonderful gardens, where you can eat and drink in a charming surroundings of classical buildings. 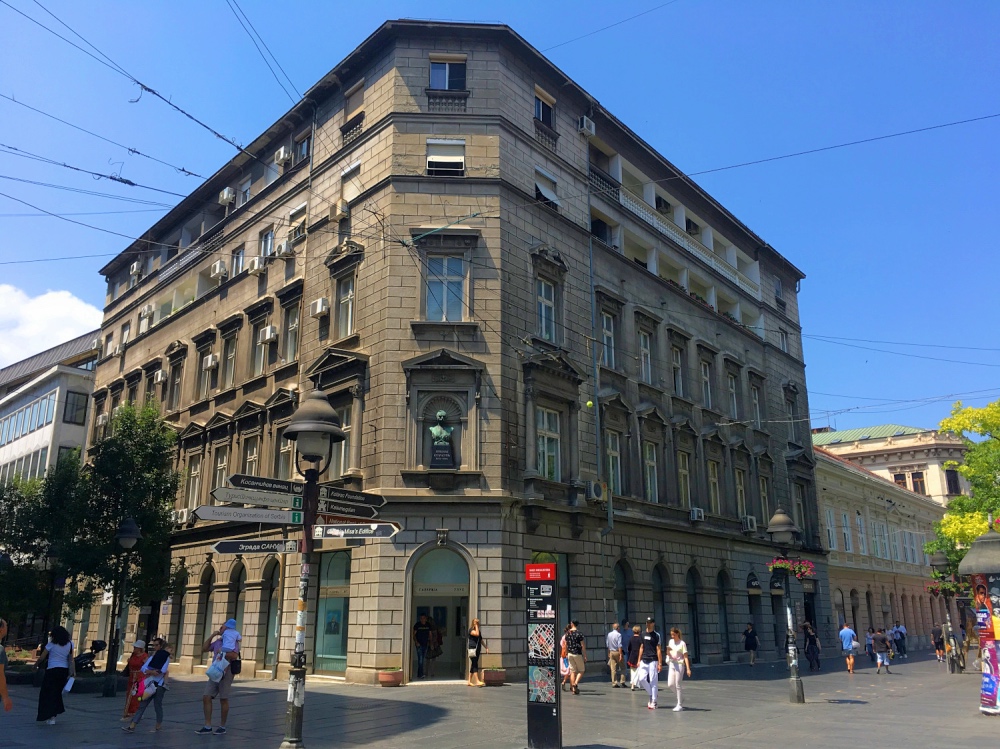 No wonder to see street musicians and artists performing in Knez Mihailova, so most of the time you will hear music mixed up with various sounds and voices making out of this promenade the most vibrant city street. 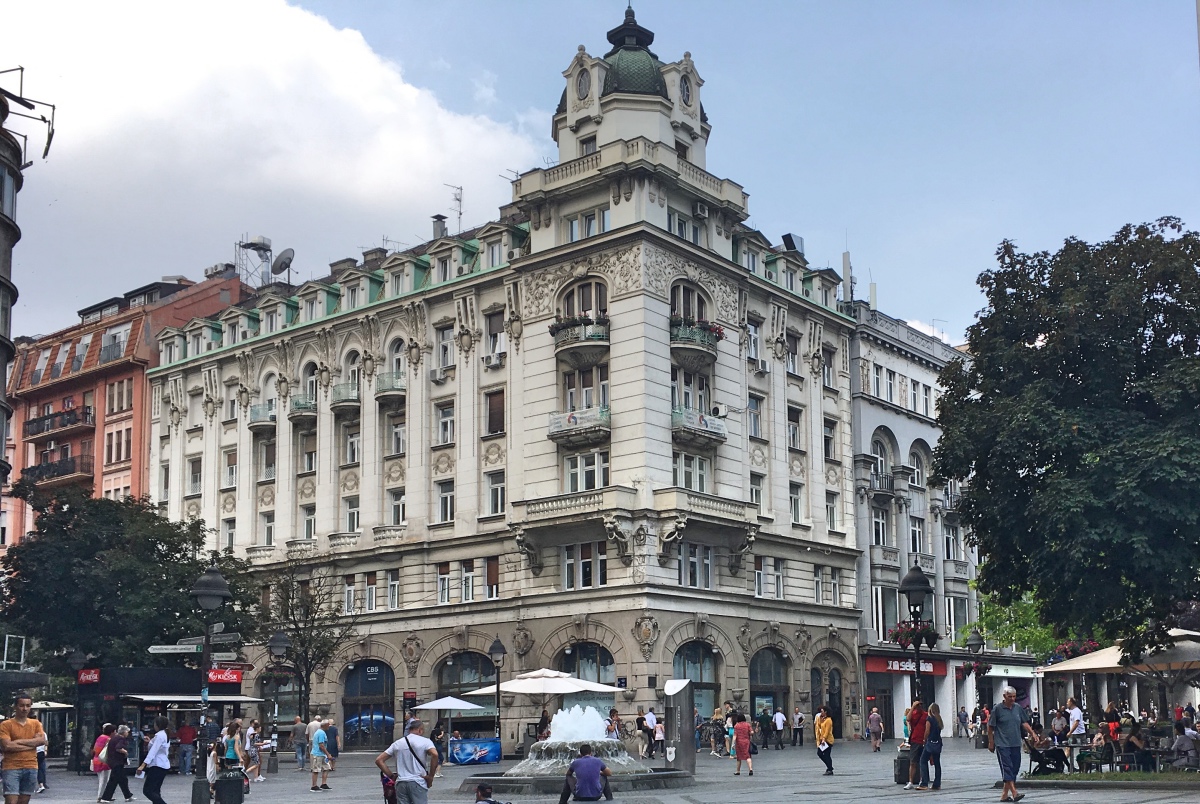 This building is located on the corner of Knez Mihailova street and Obilićev Venac. It was best known for kafana (eng. "restaurant") called "Ruski Car" (eng. "Russian Tzar") at the ground floor with garden. It is very conspicuous, so it can be noticed as soon as you anter Knez Mihailova street, or all the way from Republic square. It was built in 1926 in the architectural style of Academism with elements of Secession on the facade. 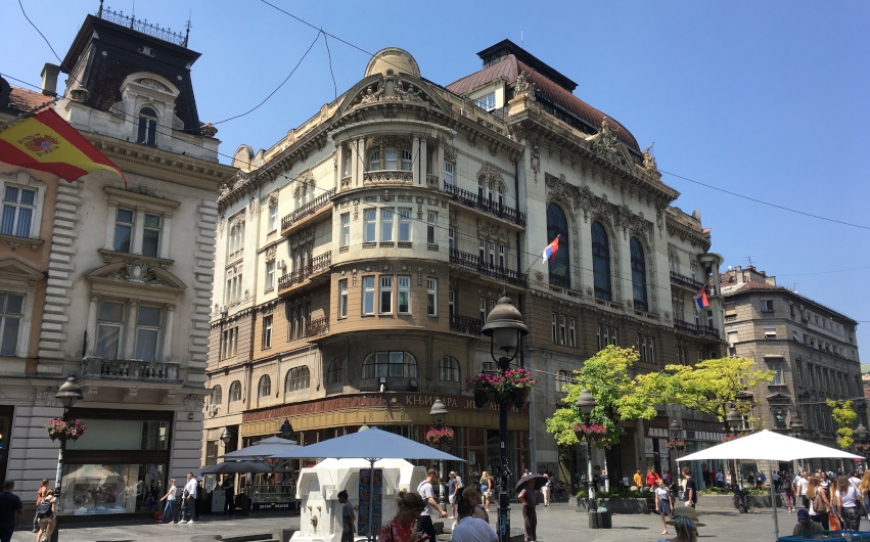 Serbian Academy of Arts and Sciences

One of the most beautiful buildings in Knez Mihailova street, with its dashing facade, belongs to the Serbian Academy of Arts and Sciences. It was bulit in 1924 in the spirit of Academism with Art Nouveau elements on the facade.

Even though the plans for building the palace for the Serbian Academy of Arts and Sciences existed from the late 19th century, the completion of the project had to wait for almost 40 years. But even so, at first, only the Institute for lexicography moved to its premises, and the rest of the building was loaned to another institutions such as Radio Belgrade which started broadcasting initially from this place. Finally, in 1952, all of the Academy departments moved to the building. The edifice has basement, ground floor, mezzanine, and two floors. Other than the main entrance, there are seperate doorways from the street to the Gallery of the Academy, and to a couple of bookstores. 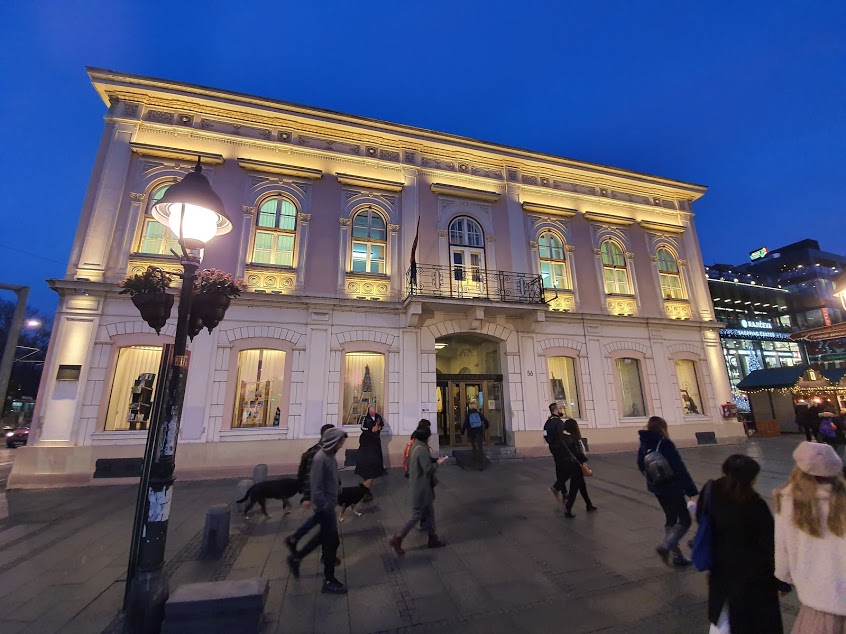 Belgrade City Library is located at the very end of Knez Mihailova street, beside the crossing to the Belgrade Fortress. It is housed there since 1986, in the building that was originally constructed in 1867 for the hotel "Srpska Kruna" (eng. "Serbian Crown"). The hotel was, at the time of construction, the most modern hotel in Belgrade. And the building itself was pretty much made in contemporary pro-western fashion, with predominant Renaissance elements on the facade. 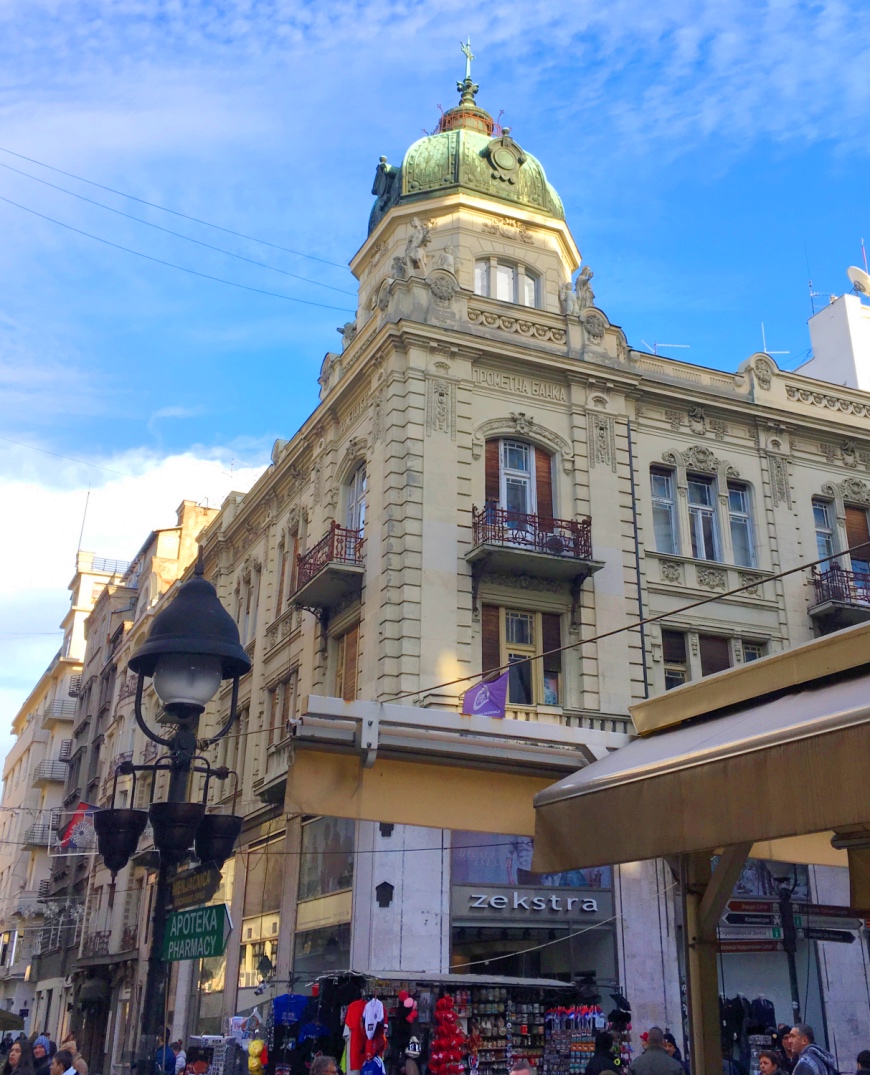 Building of the old Commercial Bank

The building of "Prometna Banka" (eng. "Commercial Bank") is one fine architectural piece in Knez Mihailova street, which is the central Belgrade street and pedestrian zone. It was built in 1914 in the spirit of Secession. 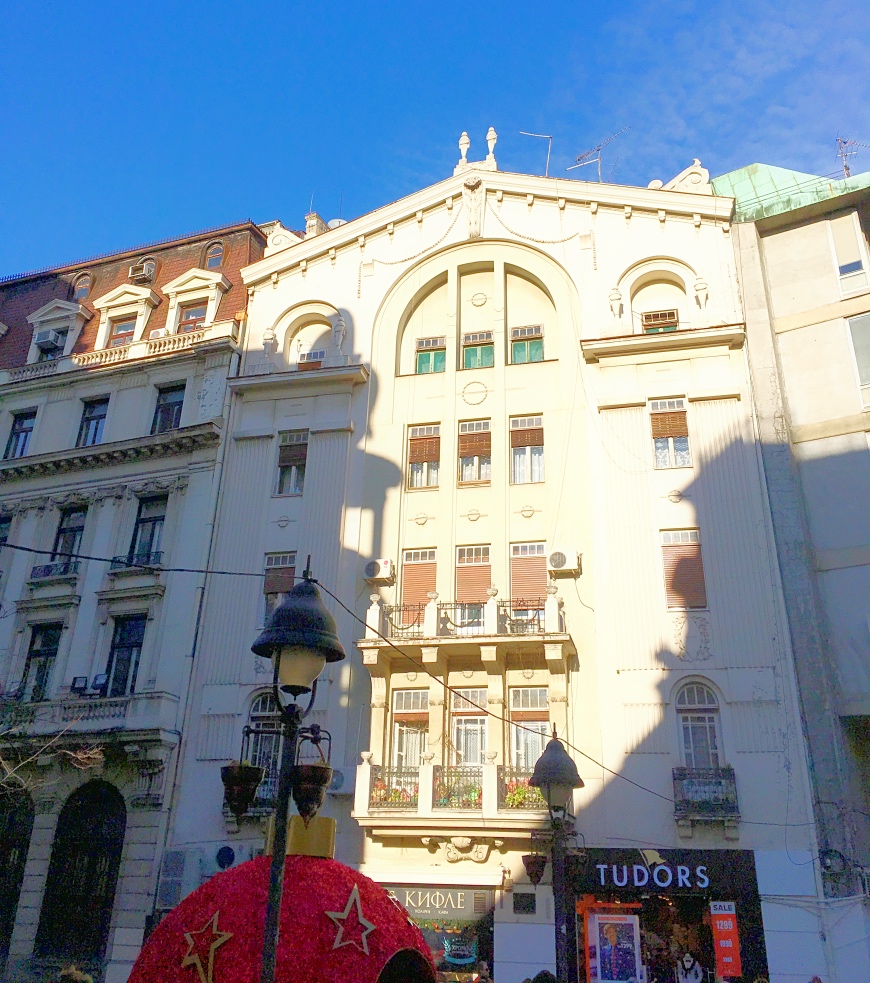 This building is located right in the middle of Knez Mihailova street, across the building of the Serbian Academy of Arts and Sciences, at the small square with central fountain called "Delijska Česma" (eng. "Fountain of a Hero").

Avakumović family is well-known in Serbia after Jovan Avakumović (1841-1928), who was a member of the Academy, lawyer, judge, and on two occasions the prime-minister. This building is maybe the only true example of the Empire style of architecture in Belgrade. Esentially, it is the late version of Neoclassicism created in France, in the early 19th century. It was named after Emperor Napoleon. Its main features are proportion, stressing the nobility and antique details on the facade.