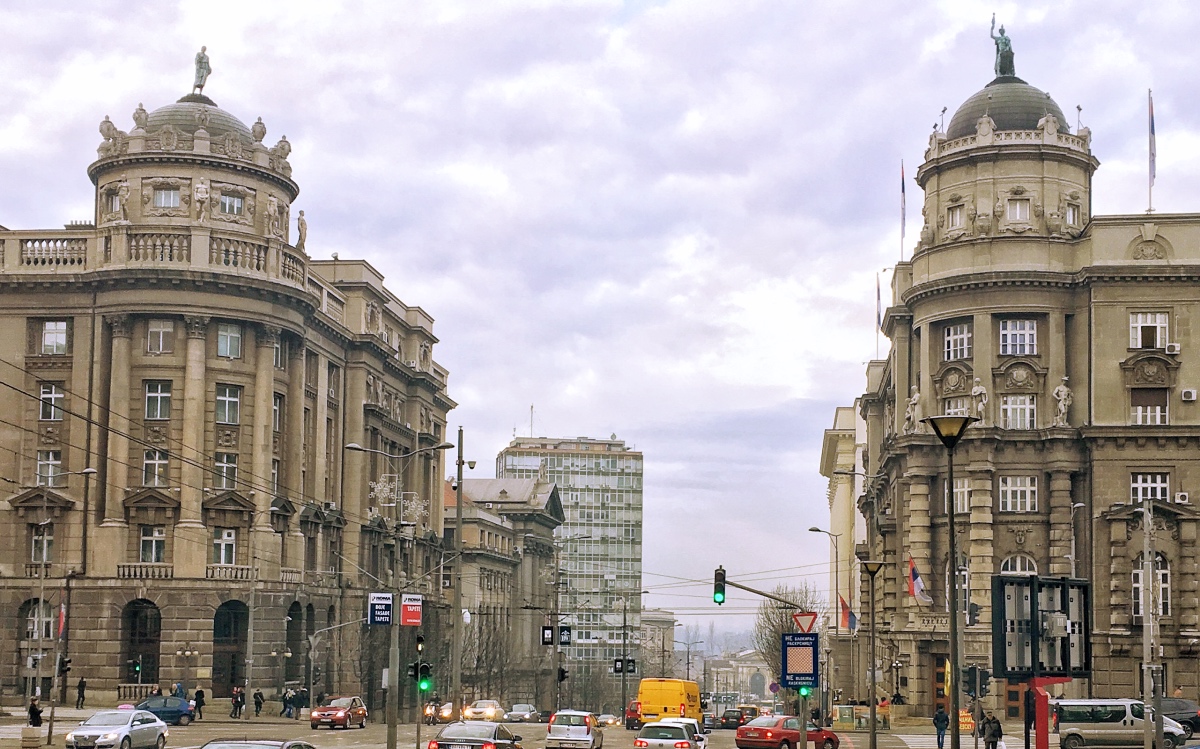 Nemanjina street covers relatively short distance between Slavija Square and a reconstructed Savski Square with the newly installed monument to Stefan Nemanja, after whom the street got its name.

Stefan Nemanja was a medieval Serbian ruler and founder of the Serbian state. Named in 1896, this street houses a majority of governmental edifices and ministry departments. There is also a giant building of the National Bank of Serbia at the end of the street next to Slavija Square. 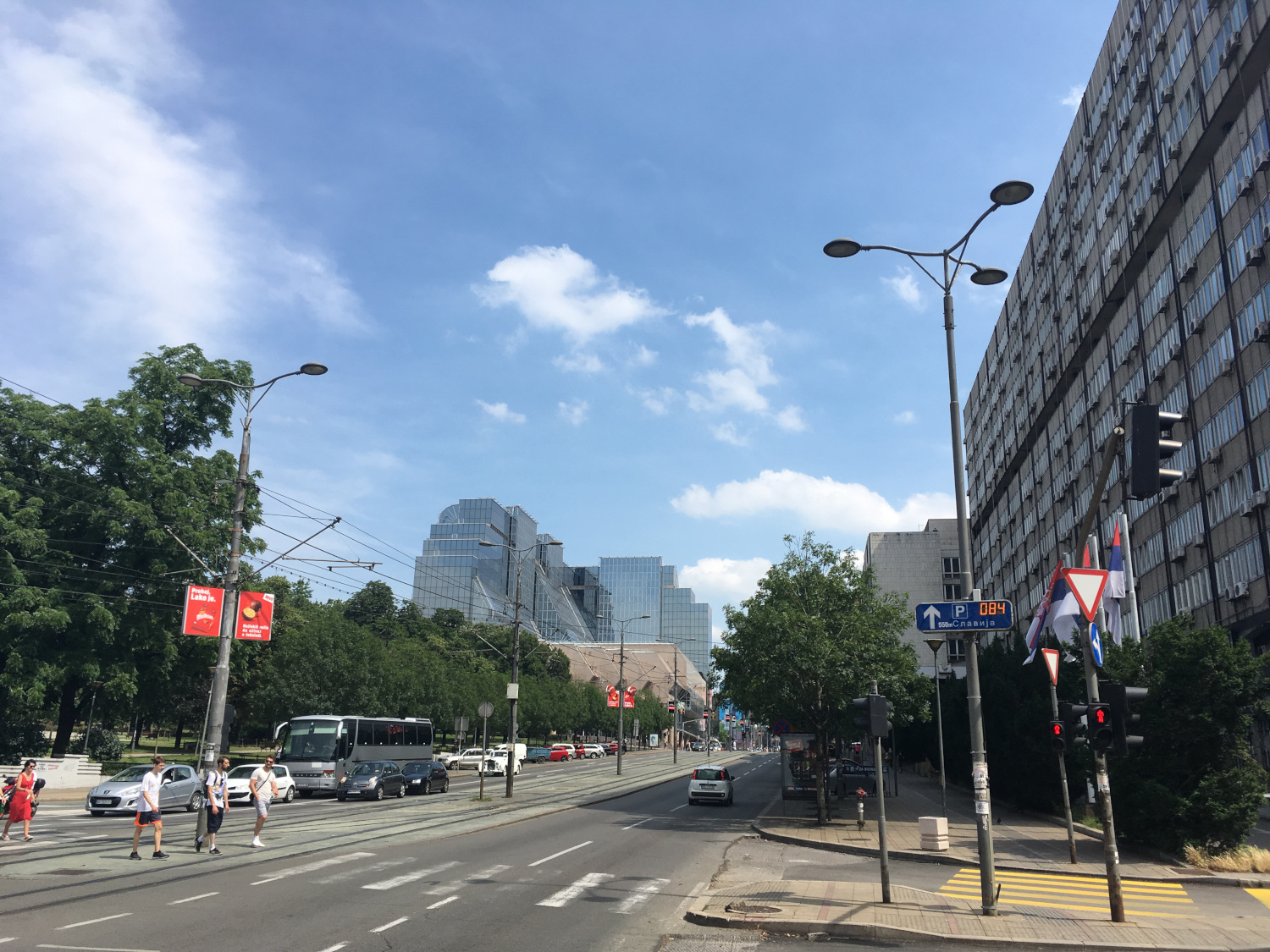 There is a nice park, called "Manjež", situated along the way, with a magnificent Barracks of the 7th Regiment at the corner with Resavska street. At the next intersection, with Kneza Miloša street, there is a beautiful palace of the Serbian Government. 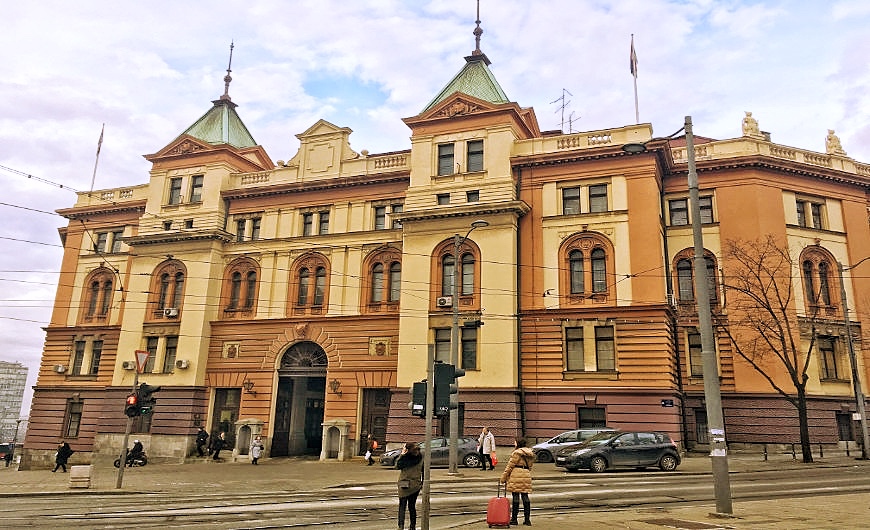 Barracks of the 7th Army Regiment

Wonderful Barracks of the 7th Regiment were constructed in the early 20th century on the corner of Resavska street and Nemanjina street.

There are numerous sculptures of knight's armour on the facade of this castle looking structure. In this view it is pretty similar with the Officers' Club building, errected nearby some time before. And this is not by chance. Serbian soldiers of the time, especially after King Milan's reform of the army from 1882 onwards, were viewed and revered as true Serbian knights, thus this medieval castle looking architecture of both edifices, with knight's armours decorating the facades. 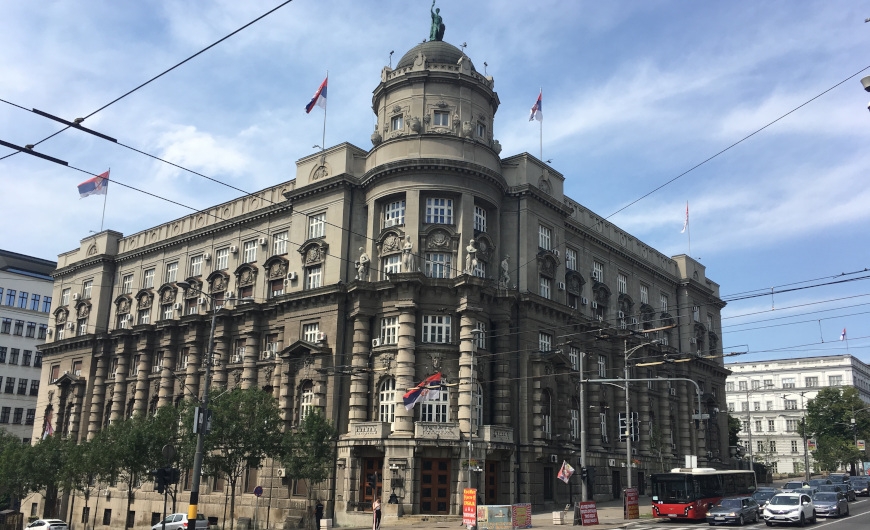 Building of the Serbian Government

Building of the former Ministry of Finance in the Kingdom of Yugoslavia now houses the headquarters of the Serbian Government.

At the top of the Dome, there is a bronze sculpture of a woman that symbolizes Serbia. This monumental self-standing building is located at the corner of Kneza Miloša street and Nemanjina street. It is protected by the state as a cultural monument of high importance. Across the street you can still see the remains of the building of the old Generalstaff, bombed in 1999 by the NATO Alliance. 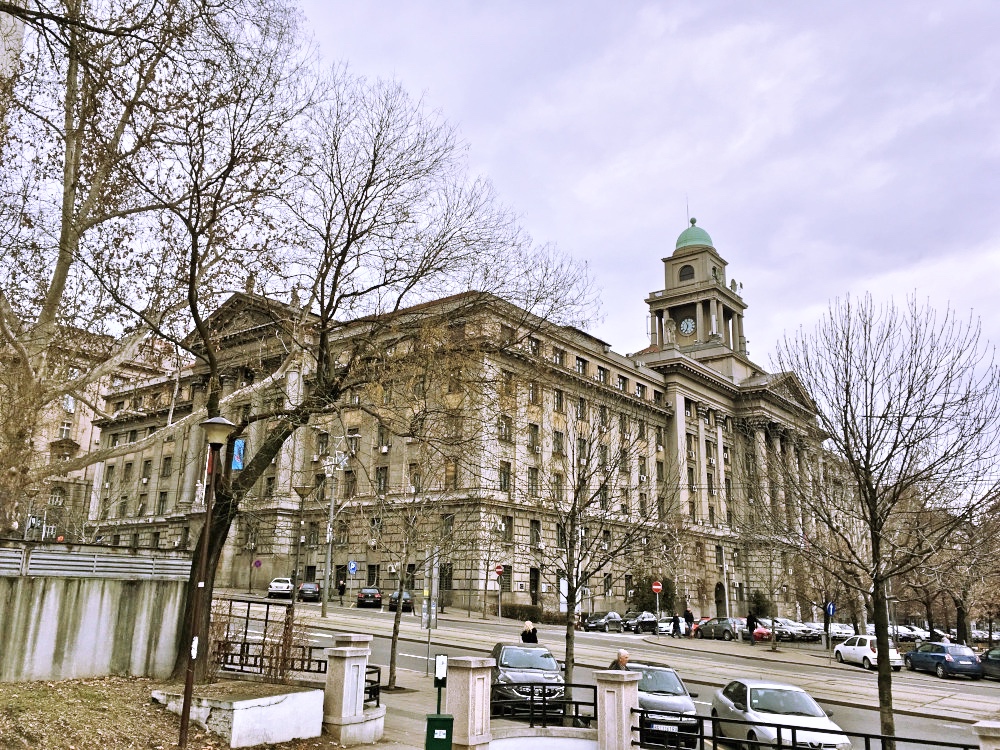 This classical building is located in the administrative part of town, in the wider center, where the majority of government bodies are located. Now, beside the Ministry of Transport, there is also the Railway museum situated in this building. 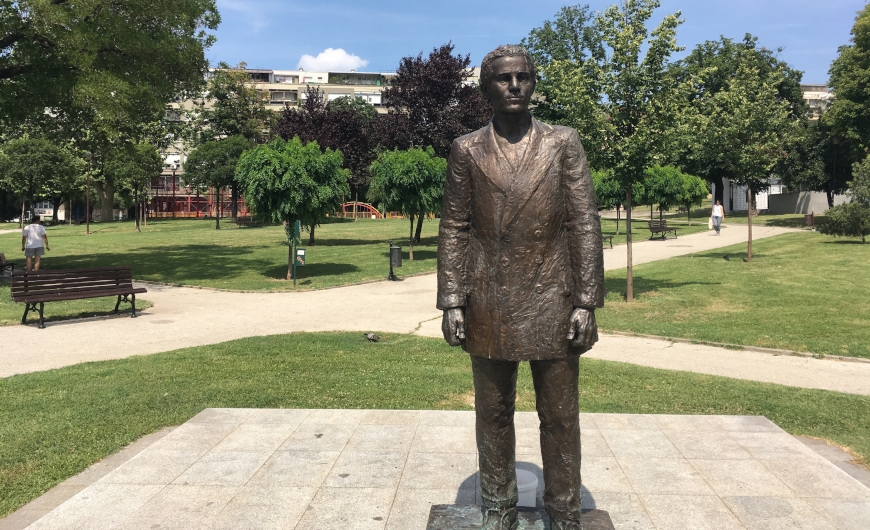 This park exists since 1836. Because it formed part of the Prince Miloš Residence at the time and was closed for the public, the people called it "Council's Park". After it was handed over to the Ministry of Finaces, it was renamed to "Financial Park". Since 2017 it is called "Gavrilo Princip Park", after Serbian hero who assassinated Austrian archduke Franz Ferdinand in Sarajevo, which was used as a motiv for outbreak of the Great War (WWI). 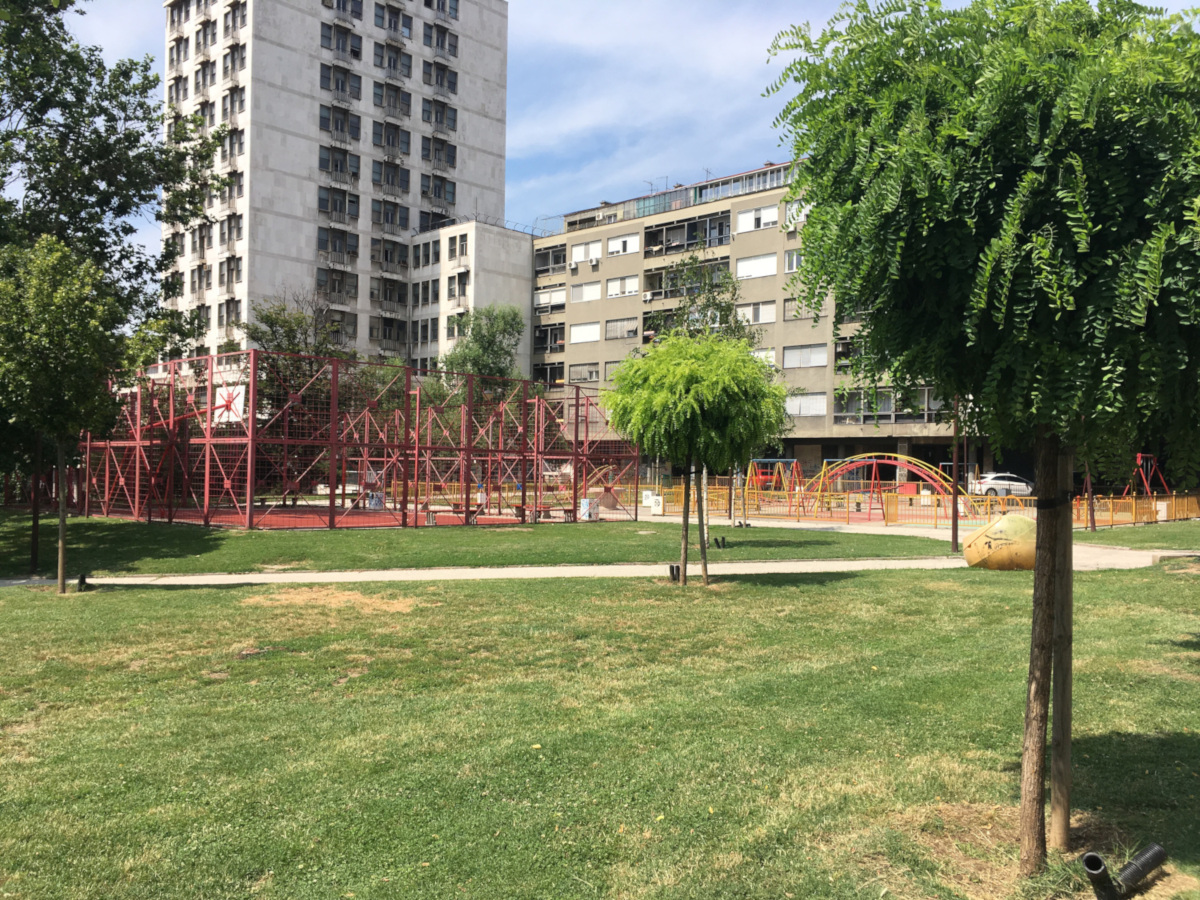 The park is in the immediate vecinity of the newly constructed Belgrade Waterfront and the old Main Railway Station. On the other side, it is close to Vaznesenjska Church and Belgrade Palace skyscraper. If you go upwards Balkanska street you'll find yourself in about 5 to 10 minutes at Terazije square.

The park is very cosy and not too grand. There is a small basketball court and children's playground. However, there are two important monuments in there, placed on two different ends. One of Gavrilo Princip, overlooking Nemanjina street, and the other of Prince Miloš Obrenović, turned towards Kneza Miloša street (eng. "Prince Miloš street"), between the buildings of the Ministry of Finances and the Serbian Government. 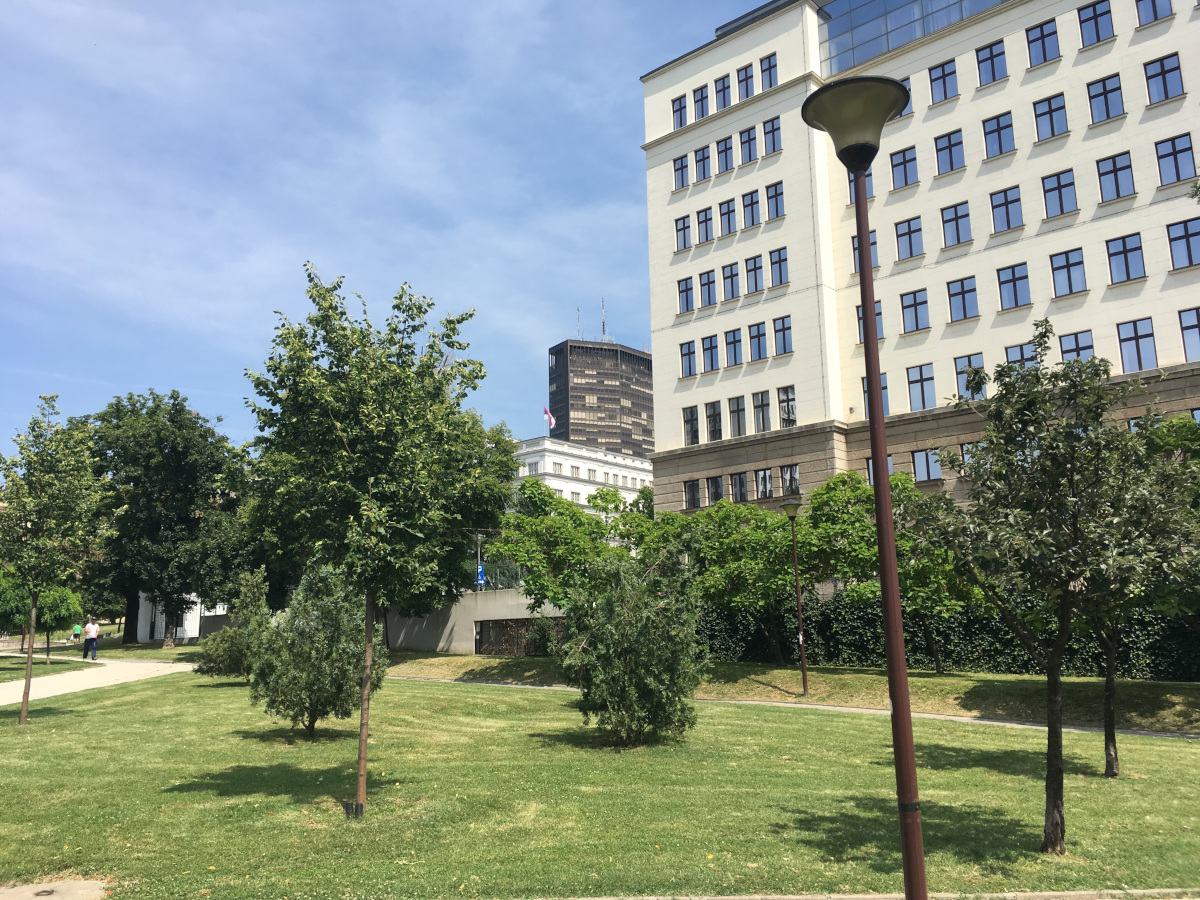 Close to the park, direction Balkanska street, is Gavrilo Princip street that extends through the middle of Savamala district, dividing it in two parts, so it may be regarded as the central street of this part of the city, but only in the physical sense. The street is not so populated anymore, and there is not too much traffic. It is not attractive to the people and business companies, and the buildings are in desperate need of restauration.

However, the position of the street, and the park with a monument, are presenting enough evidence for us to understand how much the figure of Gavrilo Princip and his action mean to the Serbs. The image of Gavrilo Princip is a symbol of defiance and pride, proof that there is more in this life than living by the rules of the stronger and the insolent, and that for the right cause it is worth dying. He is a true personification of the Serbian people and their mentality. And for that reason he is loved and revered so much.