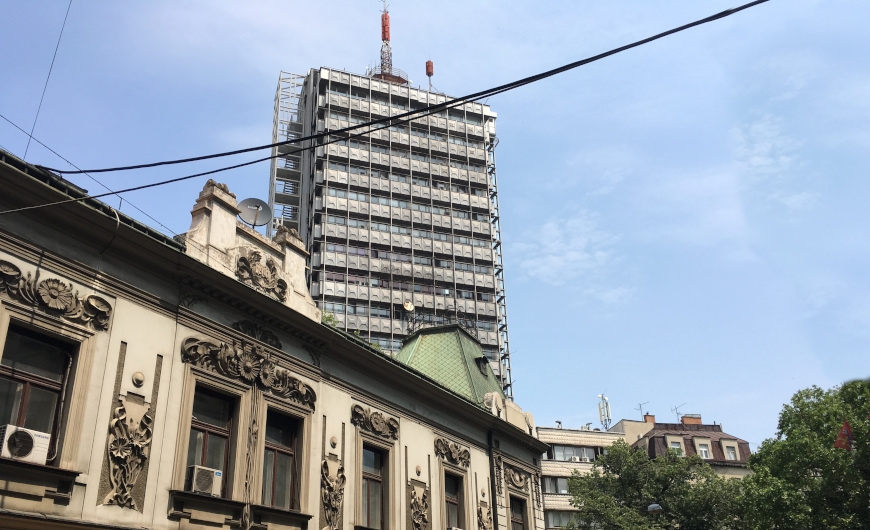 This 17-story building is holding the offices of the "Politika" (eng. "Politics") daily newspaper.

Politika is the oldest Serbian newspaper, founded in Belgrade, in 1904. Moreover, it's the oldest newspaper in this part of Europe. It can be regarded as a true symbol of journalism in Serbia. The most prominent Serbian litterary figures contributed to its good name. 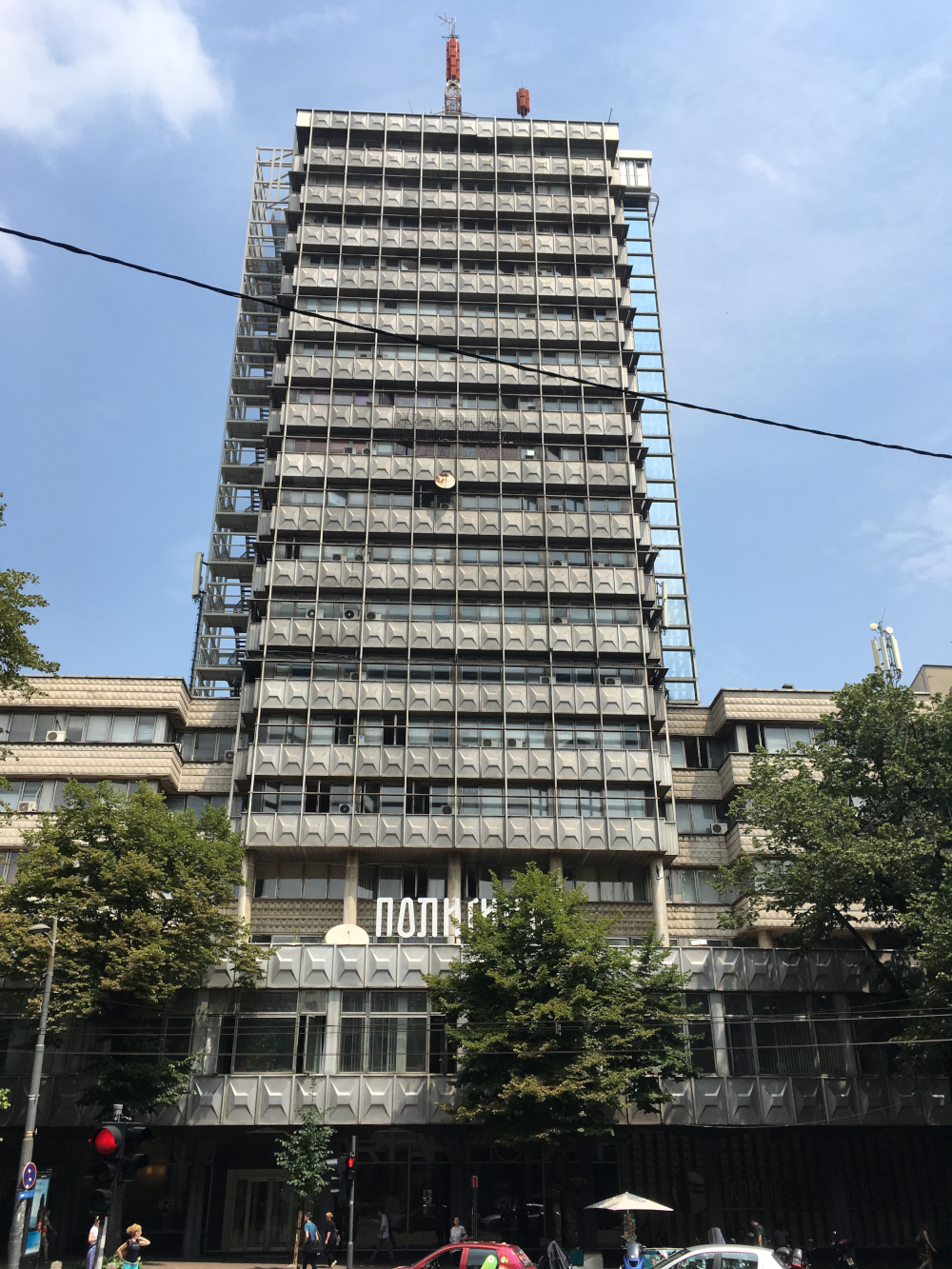 The newspaper has the policy of shutting down during the occupation, so the only two perods of time "Politika" was not printed were during WWI and WWII.

Honoring its tradition, in 2016 the whole square was named Politika square, with Politika Tower at no. 1. There are several buildings worthwhile noticing there... 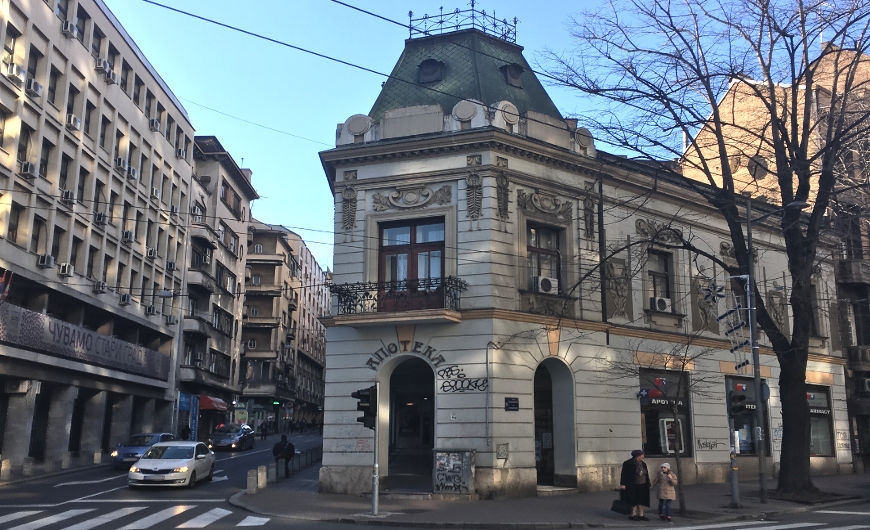 This building is constructed in the beginning of 20th century, after the design of owner itself, engeneer Jovan Smederevac.

Architecture: in the spirit of 19th century Academism, with obvious influence of secession on facade ornaments. 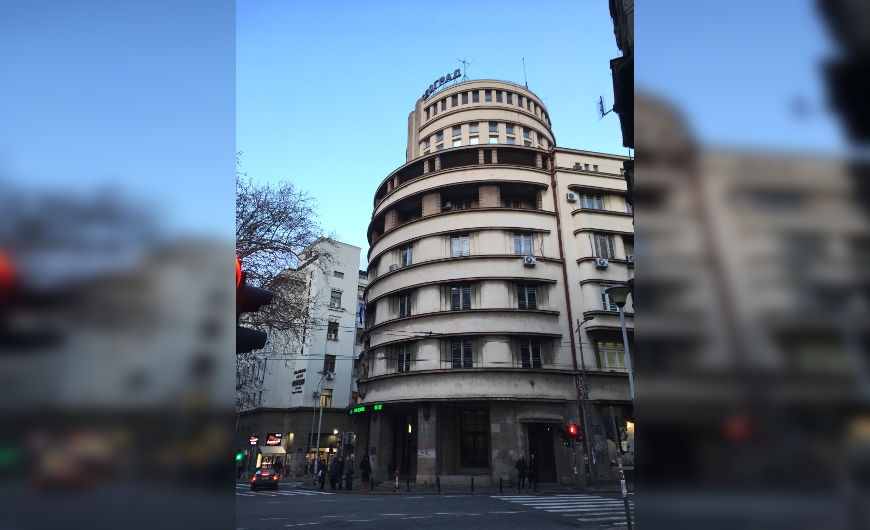 This building is constructed in 1933, with the purpose of holding the offices of the Craftsmen Association. After WWII, as of 1947, the Radio Belgrade is located in the building. 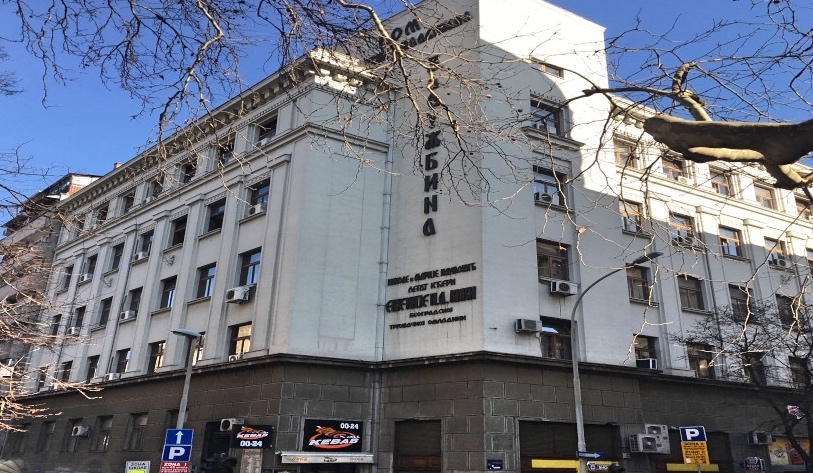 This building houses Belgrade Trading School and it was errected as an endowment of Greek family Kiki, thus popular name Palace "Kiki".