The reconstructed Savski square with the grand monument to Stefan Nemanja caused a lot of reactions and controversy. Look for yourself and reflect on this. How do you feel about it? (read full article)

People in Belgrade can witness an interesting multimedia display at Republic Square, on the facade of the National Museum of Serbia, every evening from 6pm thru 11 pm during 2020-21 New Year's festivities, presented by Coca-Cola. 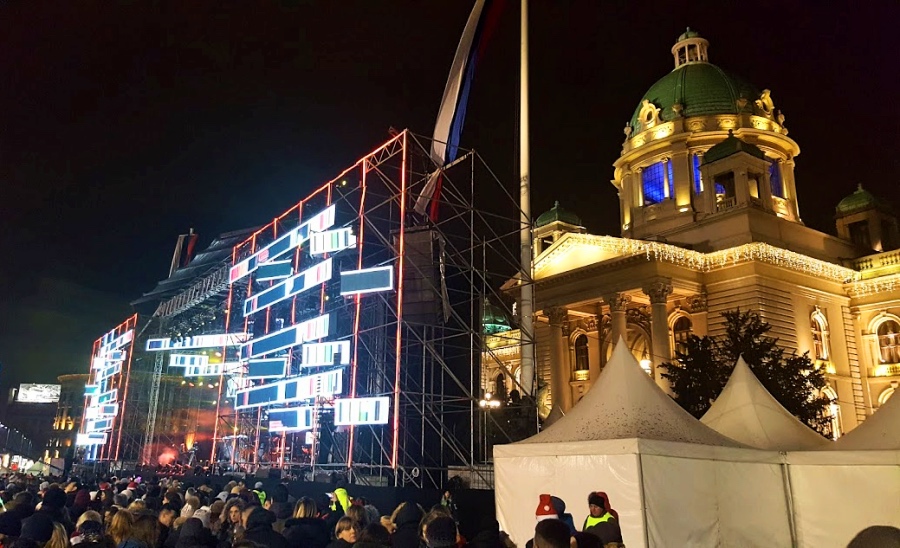 New Year's Concerts in front of the National Assembly of Serbia, at Nikola Pašić square

City of Belgrade continues with the tradition of organizing New Year's concerts in public, for all the locals and tourists who want to celebrate New Year's Eve outdoors listening to regional music stars performing at the grand stage in front of the dashing building of the National Assembly of Serbia, at Nikola Pašić square and Pioneers' Park, in the very center of the city.

The concerts will last for two days. First, on December 30, from 8pm, trap, hip-hop, dance and pop stars (Vuk Mob, Angelina, Gazda Paja, Sara Jo, Mili, Senidah, Cobi, Rasta, MC Stojan) will appear in front of the crowd and will stay until 2am. On the New Year's Eve, folk stars Maja Berović and Lepa Brena will entertain the fans, followed by the appearance of Serbian pop band "Kiki i Piloti". 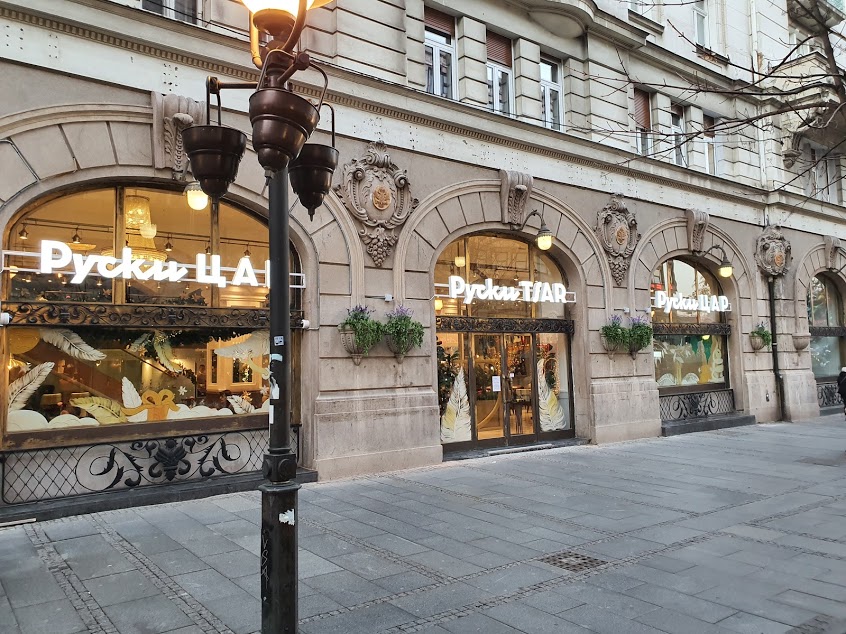 One of the most emblematic Belgrade restaurants (or "kafanas" in Serbian), called "RUSKI CAR" (eng. "Russian Tzar"), in the building constructed in 1926 at the corner of Knez Mihailova st. and Obilićev Venac st., in the very heart of the city, is reopened after almost 8 years as a nice looking coffee bar / pastry shop. Now you can sit down for a drink or have a cake in a revived vintage atmosphere of the classical place that witnessed so much history from the first opening days back in 1890, in a much smaller building then, that stood on the same spot.
Notice a funny looking word game above the front entrance, where the new owners mixed Serbian cyrilic and English latin. How 'bout that. 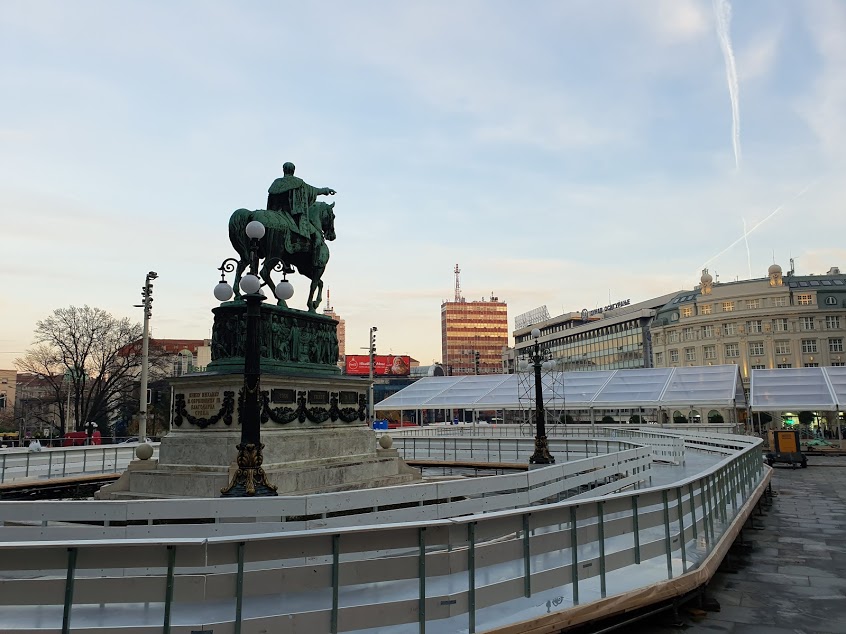 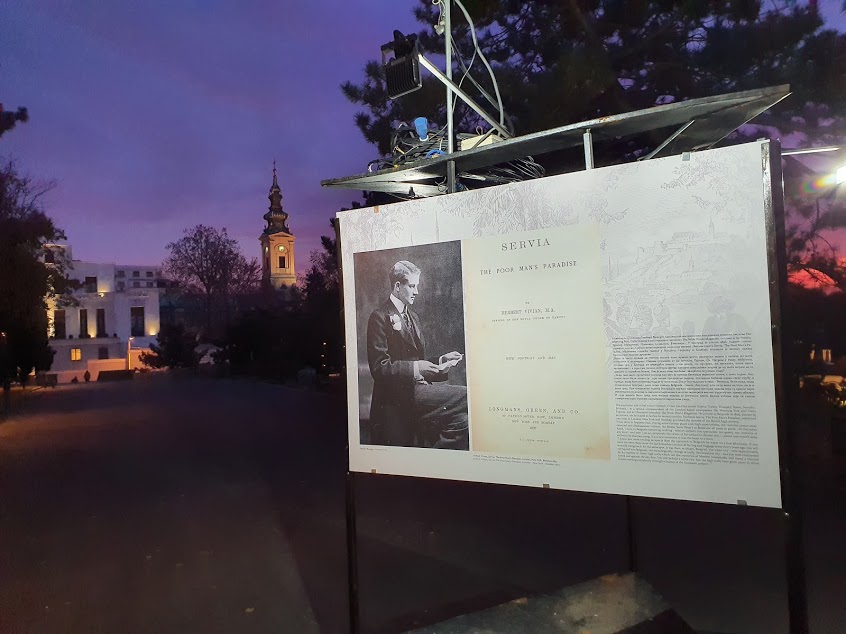 All you guys walking down the promenade of Kalemegdan Park at Belgrade Fortress this winter have a chance to see a display of 27 panels depicting Belgrade seen and described by some of the most prominent European literary figures in an exposition called "Beacon of the East - Belgrade in the work of European Artists". 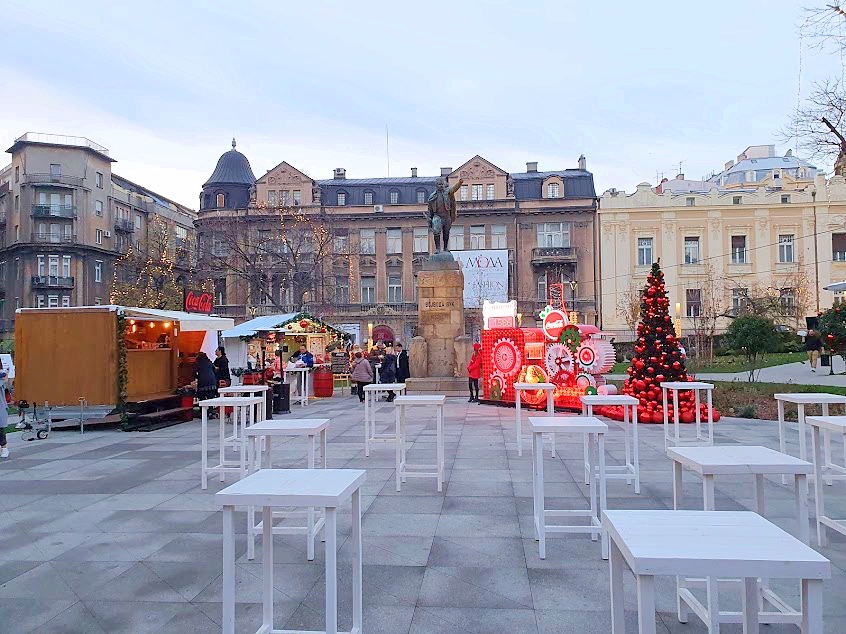 Belgrade Winter festival supported by Coca-Cola is placed this year at newly reconstructed Topličin Venac district. The program is abundant, with music concerts every night and lots of other activities all day long until January 8, 2020. 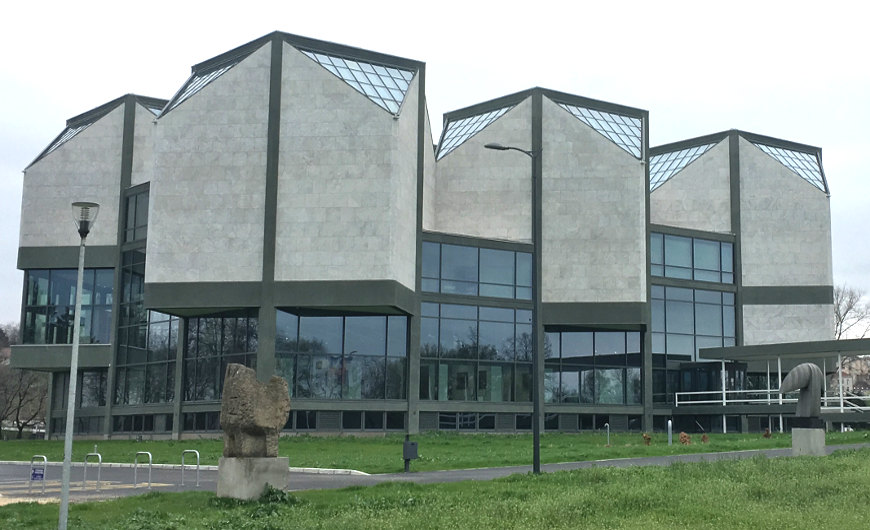 Conceived in a close collaboration with the artist, the exhibition “The Cleaner” is the first major European retrospective of Marina Abramović. It chronologically reviews all the phases of the artist’s fifty-year career, from the works of the early 1960s to those of the present day. It contains over 120 artworks, including paintings, drawings, objects, photographs, sound works, video, films, scenography and archival materials. Among the works exhibited are the anthological works of performance art (Rhythms, 1973–1974; Lips of Thomas, 1975; Relational works, 1976–1977; Nightsea Crossing, 1982–1986), as well as representative works from Abramović’s recent body of work (Balkan Baroque, 1997; The House with the Ocean View, 2002; Artist Is Present, 2010).
The exhibition is on display at the Museum of Contemporary Art until January 20, 2020.